This is the crew of the first official train to operate on the Royal City Spur. From left to right are unknown, Dick Donley, Dick Nelson, Ernie Knott, and Bob Camp, dressed for his job of union representative. Mr. Camp’s presence was to be the arbitrator between enforcing the union rules and the company, who tried to disallow extra time that trainmen claimed for, among other things, unusual things that happened during a trip, such as being the first train on the line. 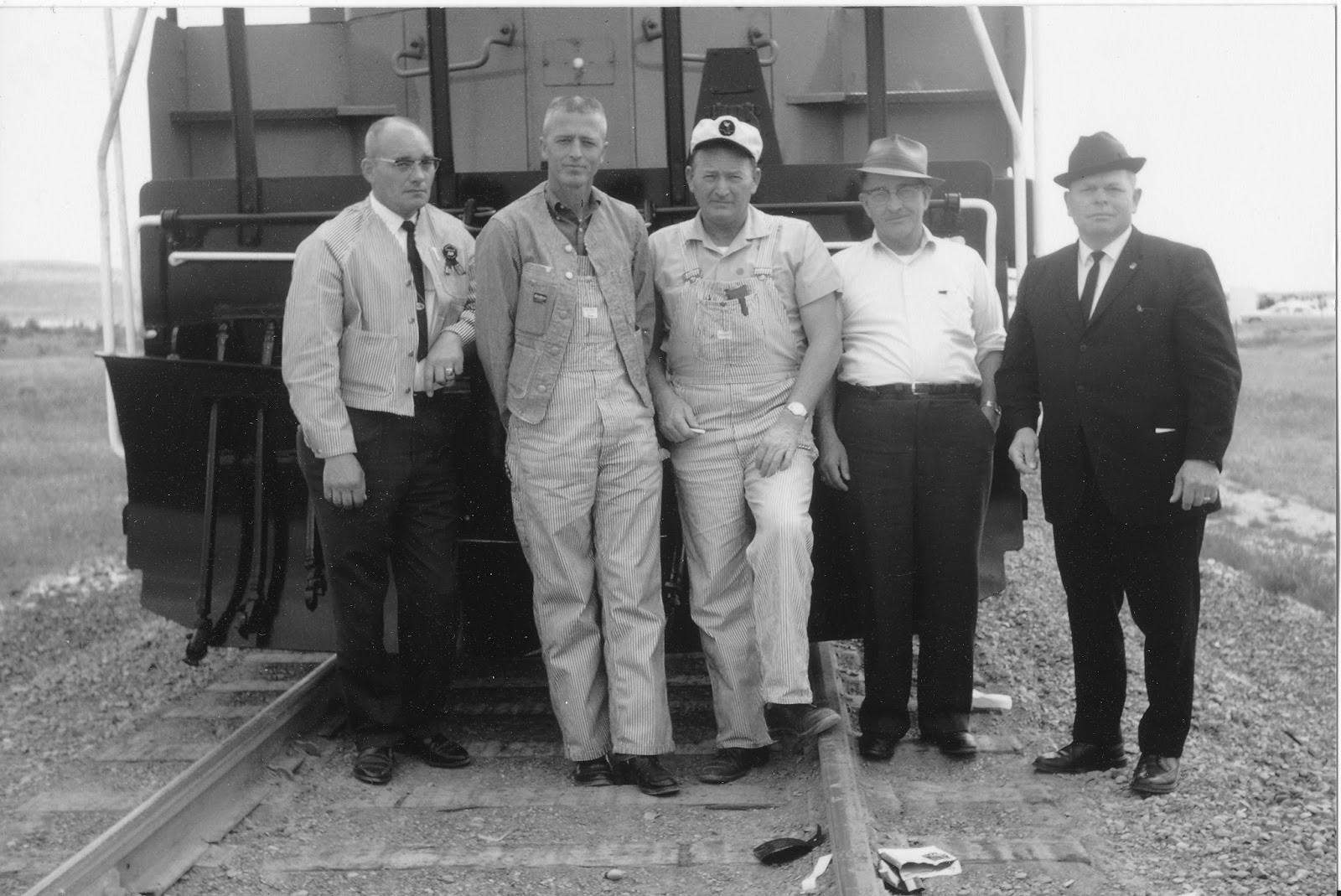