From "The Whole Truth," Castle, Montana 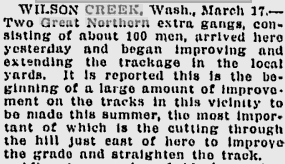 From the "Lewiston Morning Tribune." 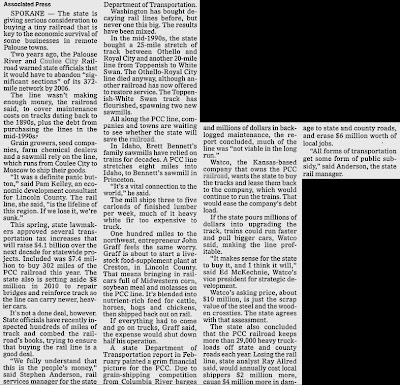 As published by the SLS&E, and included in the 1889 book, "Report on Washington Territory," by W.H. Ruffner.

The book is more of a promotional tool for potential investors who might be unfamiliar with the area.

Map (and books) is from my collection. If you are interested in the book, beware of cheap copies with no illustrations and the map missing from the flap inside the rear cover. 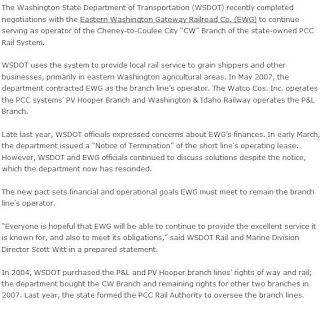 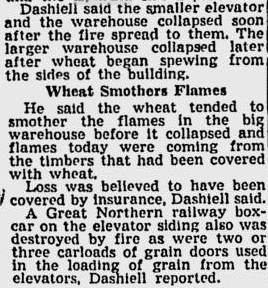 One Kristen Cormick was kind enough to forward along some photos that were taken by a family member all those years ago. 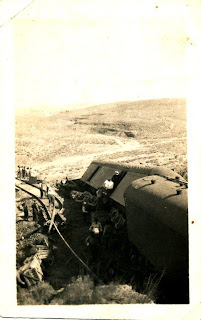 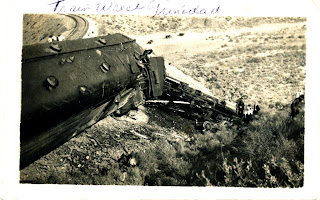 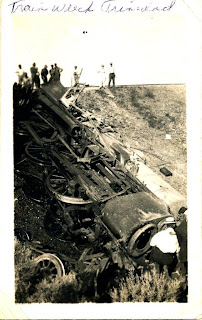 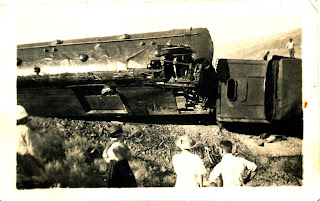 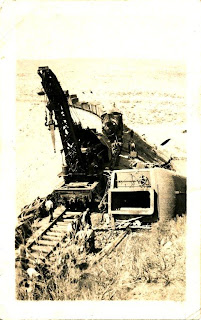 Wenatchee railroad historian, Mike Bartenstein, had the following to say after viewing these photos:

"From the info submitted in your blog and the photos you recently acquired and forwarded, I believe the photos match up to the blog info. The blog mentions loco # 1009. In looking at the photos and data sheets in the new GN Steam Engine Book and comparing with the Cormick photos you sent, there are enough similarities for me to feel that there is a match. Upon viewing the one Cormick photo with the most detail of the loco, I could see the number 10 on what is left of the cab side (is 09 obscured?), that the drive wheels are large diameter, the pilot truck wheels are spoked, the steam chest has piston valves, the front steam chest covers are multi-piece, the valve mechanism is Walschaerts, the reverser bar is located above the running board, and the distance from the front of the air tank mounted below the running board to the reversing mechanism is fairly short.

"In looking at other pictures in the Steam Book, I came upon a picture of the GN 1445. A lot of mechanical things visible in the Cormick photo appear on the 1445, with one exception, the distance from the air tank to the reverse mechanism is much longer, which causes me to eliminate the 1445 from consideration. In looking at the data info between the 1009, class E-14, and the 1445, class H-4, I found that the two locos were built within months of each other by Baldwin in 1909, both have 73" drivers, both have the same type and size steam chests, both have the Walschaerts valve mechanism."

After reviewing the photos, we came to the conclusion they were from the Crater wreck I posted here.

Note that the name "Trinidad" encompasses a large part of this particular area of Lynch Coulee, and not many people outside of the railroad knew of the station named Crater.
Posted by SDP45 at 4:15 PM 3 comments:

Ad From The Withrow Hotel 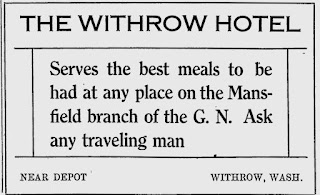 Here is where things get interesting. On the same day under the masthead of the paper, editor W.H. Murray says: 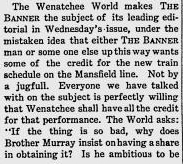 And he says elsewhere in the same edition:

The fun continues in the August 22 edition: 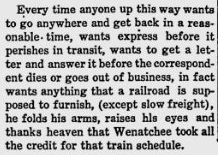 I hope to discover the "Wenatchee World" side of this "conversation" some day.
Posted by SDP45 at 5:59 PM No comments: 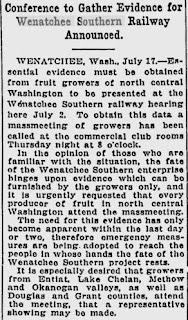 'Train Nut' Got Amtrak to Stop 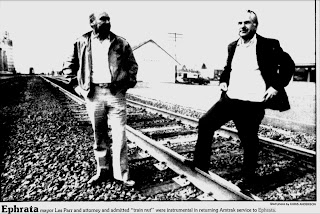 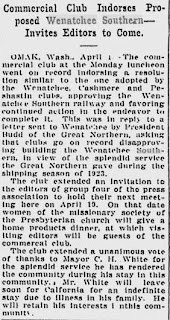 Push Ahead on Coulee Dam Rails 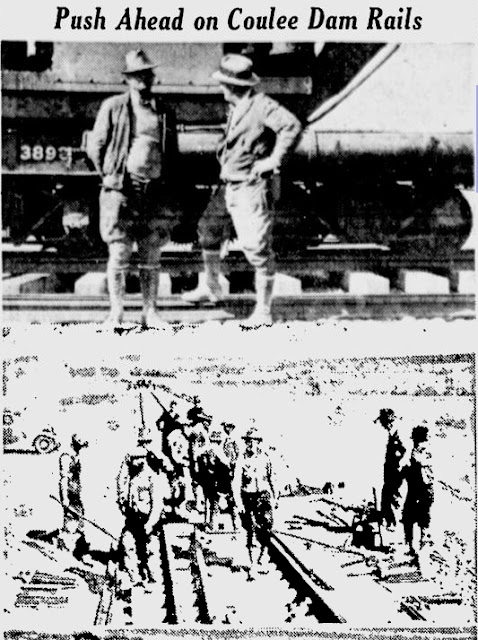 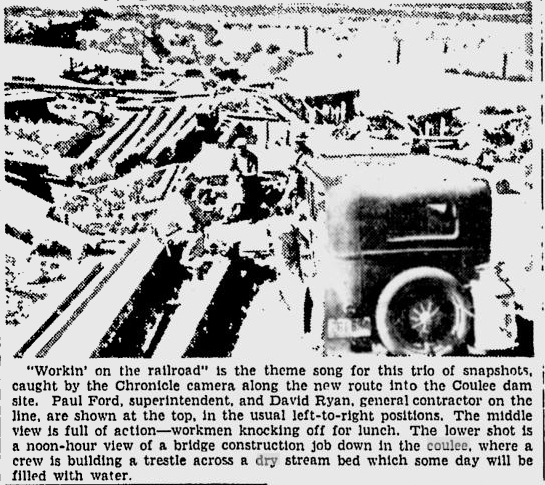 Area shown is now under the waters of Banks Lake. Note the "Speedball Highway" in the right of the photo. Photo location is near what is now the "Million Dollar Mile." 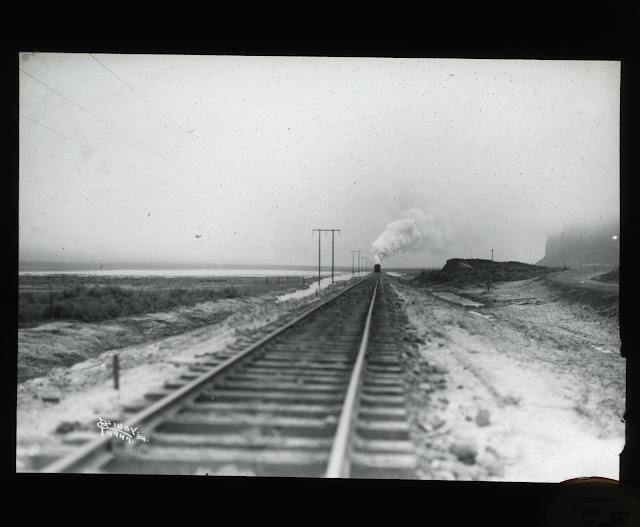 From the Coulee City "News & Standard." 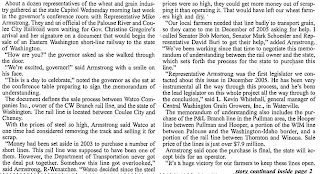 Southern Railway Boosters From Pasco to Wenatchee Celebrate Getting Permit 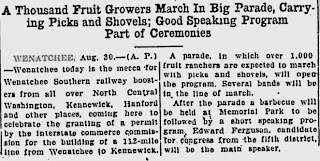 Railroad Lawsuit To Be Heard Here 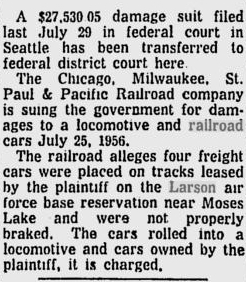 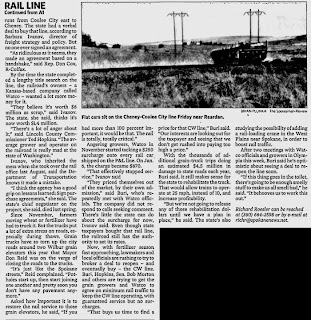 From the "Tri-City Herald."

From the "Lewiston Morning Tribune."

A Strong Petition to the Central Washington Railway Bondholders 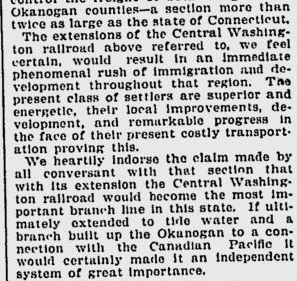 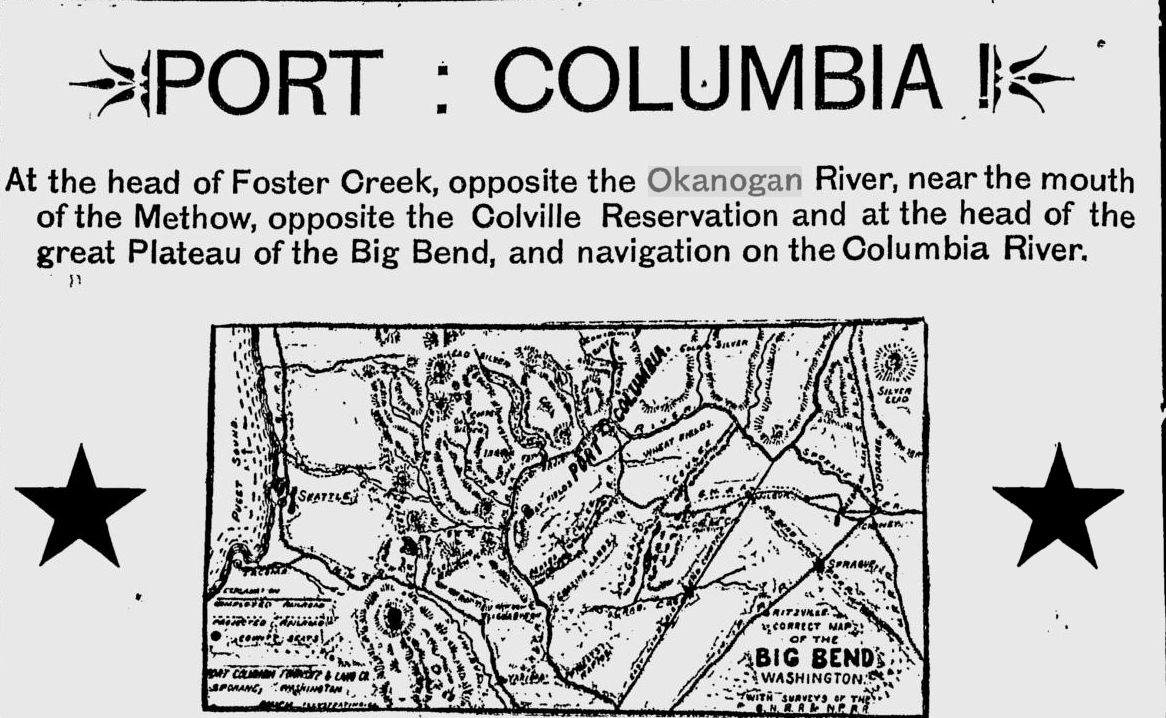 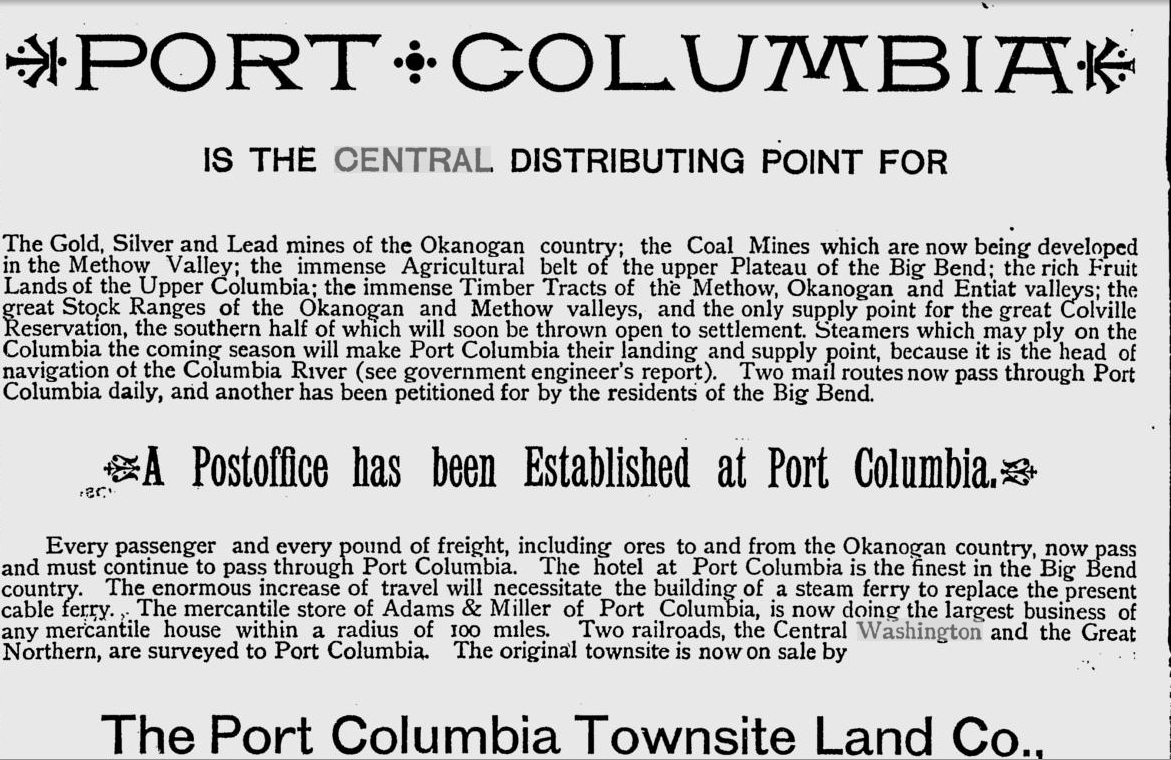 Note: This location is across the river from Brewster(south) and upstream about 3 miles. Now partially submerged under the waters of Lake Pateros.
Posted by SDP45 at 10:25 AM No comments: 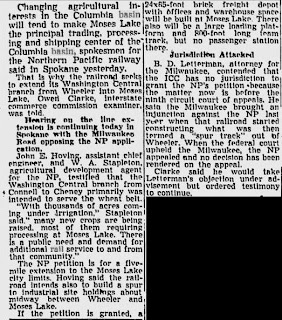 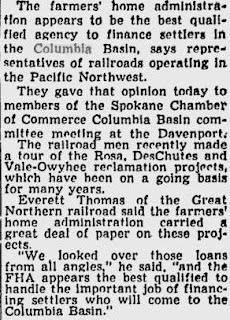