Ted Curphey suggested the AFE may not have been built. Here is what he had to say:

"I'm skeptical that the 1500' siding was built as shown. On the east side of the hwy xing there is no existing grade for such a siding to have existed on, as the mainline embankment drops steeply into a low area. there is also a culvert there that is only wide enough for the main and north track. There was a east facing spur into the low area to serve a oil dealer, but it's spur went well south of the mainline and ended before the highway. I suspect the funds may have been used to build the second north track which would have been much more useful than the siding shown, and no turnouts on a curve which tend to be problematic." 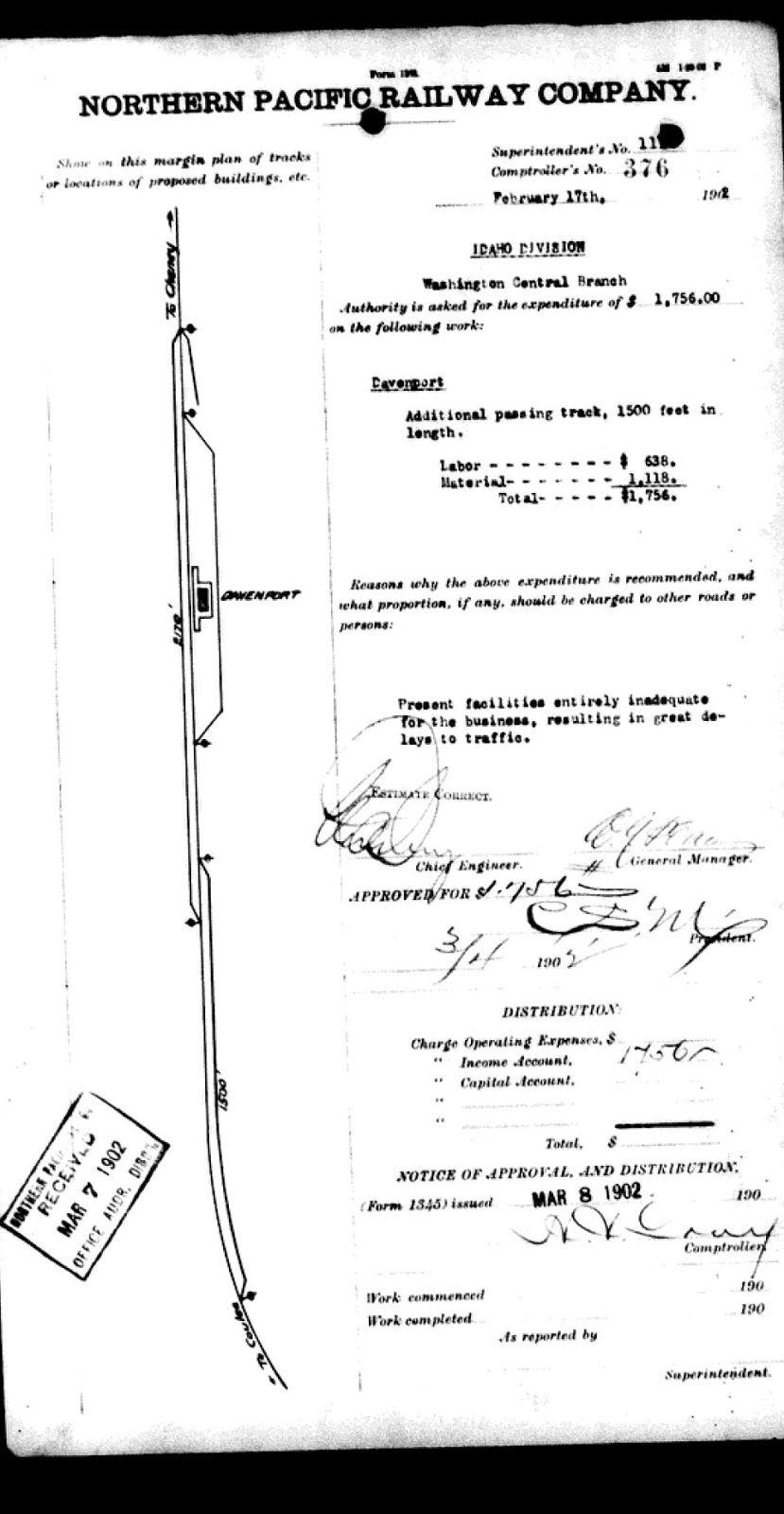