Hartline, Washington: before breakfast-o’clock in the midst of temperatures tumbling into inhumane depths; when one can scarcely feel his digits ditch lights reach into the darkness and find Conductor Gary Durr wading through drifted and drifting snow to hold a job briefing with Dave Reagan, his Engineer, where Durr will briefly escape the inclemency in the relative warmth of the cab as they assess the situation and plan their next few moves. Railroaders have been at war with the elements for generations, hence there is nothing extraordinary about this scene. Yet, it is a glimpse into one such campaign in that perpetual conflict between man; his machines; his – a la Nietzsche – indomitable Will to Power and what is Force Majeure. To-wit: the crew confronts myriad complications: frozen switch locks; compacted, snowed in switches and “throwing” them means throwing your back – all your living and dead might – into bending frozen steel to one’s will; bad, if not non-existent footing; air hoses and the air that passes through them frozen, unbendable and impassable; not to mention the overarching mental and physical fatigue all while ensuring that each move is orchestrated according to a detailed, sequential plan: switches lined, handbrakes set, derails dropped, cars properly spotted, working in between unaired cars and 200-plus-ton locomotives. These men; this Band of Brothers, they have each other’s six every-single-step of the way for any lapse or deviation from said maneuver or miscommunication is consequential. The demand for unflagging concentration is nothing short of supreme as the wind mercilessly knifes its icy blades into any exposed skin and through as many layers of clothing, and any romantic notion of railroading leaves you as quickly as the boreal vacuum sucks the warmth from your body. 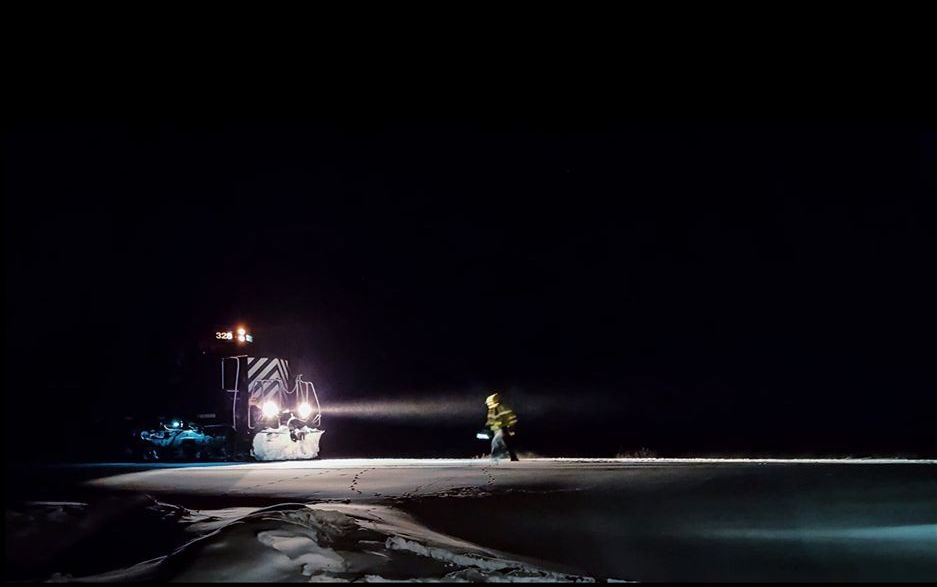