"Former GN F45, BN 6603 follows GN practice of running locos long hood front after the lead SD45 had an axle failure at Quincy, WA. Train 3, BN's hottest train was only delayed about 15 minutes while the crew set out the SD45, which left 6603 on the point. The crew ran this consist from the trailing SD40-2 which must have given the engineer a view comparable to a UP Big Boy. Units were adjusted about 40 minutes later in Wenatchee before train 3 headed over Stevens Pass to Seattle.

They also had 4-5 man crews, used a caboose, and valued the priority of the traffic on this train, which included the USPS and UPS. They had a stiff competitor in CNW-UP Falcon service, and train 3 would hit 70 mph out around Quincy, WA. In fact, this train overtook me as I was driving on Hwy 28 between Winchester and Quincy, and I was pretty surprised to see it stopped in Quincy. The crew was pretty savvy about setting out the SD45 and getting things underway again. I was only able to catch them at Trinidad once they left Quincy." 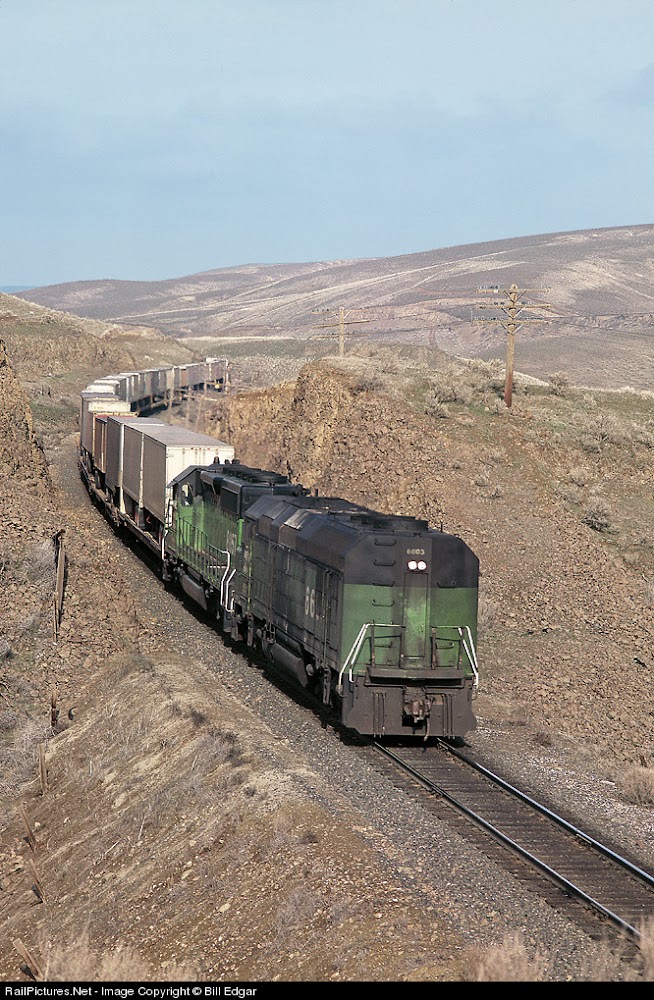