Adco is actually about 1 mile north of here. This is at the Winston-Utah Spur, named for the two companies, Winston Brothers and the Utah Construction Company. Both had large contracts to build parts of the canal system delivering water to the Columbia Basin that had been pumped up from the Columbia River at Grand Coulee Dam. Utah had been part of the consortium that helped build that dam, so this contract kept their crews busy as the dam project wound down.

The construction at this site consisted of building the main canal, the bifurcation works which split the canal into the West and East Low Canals, the Dry Coulee Siphons, the Crab Creek Siphons, as well as moving the Great Northern and Northern Pacific tracks at their respective locations to get the siphons below them.

In the photo, boxcars of cement powder are staged on the NP Winston-Utah spur, while the photographer stands on the belt delivering rock for the concrete mix plant behind him. The bridge just beyond the boxcars crosses over what is now SR 28, near the intersection of Adrian Road and Dry Coulee Road, a map view of a current view can be seen here. 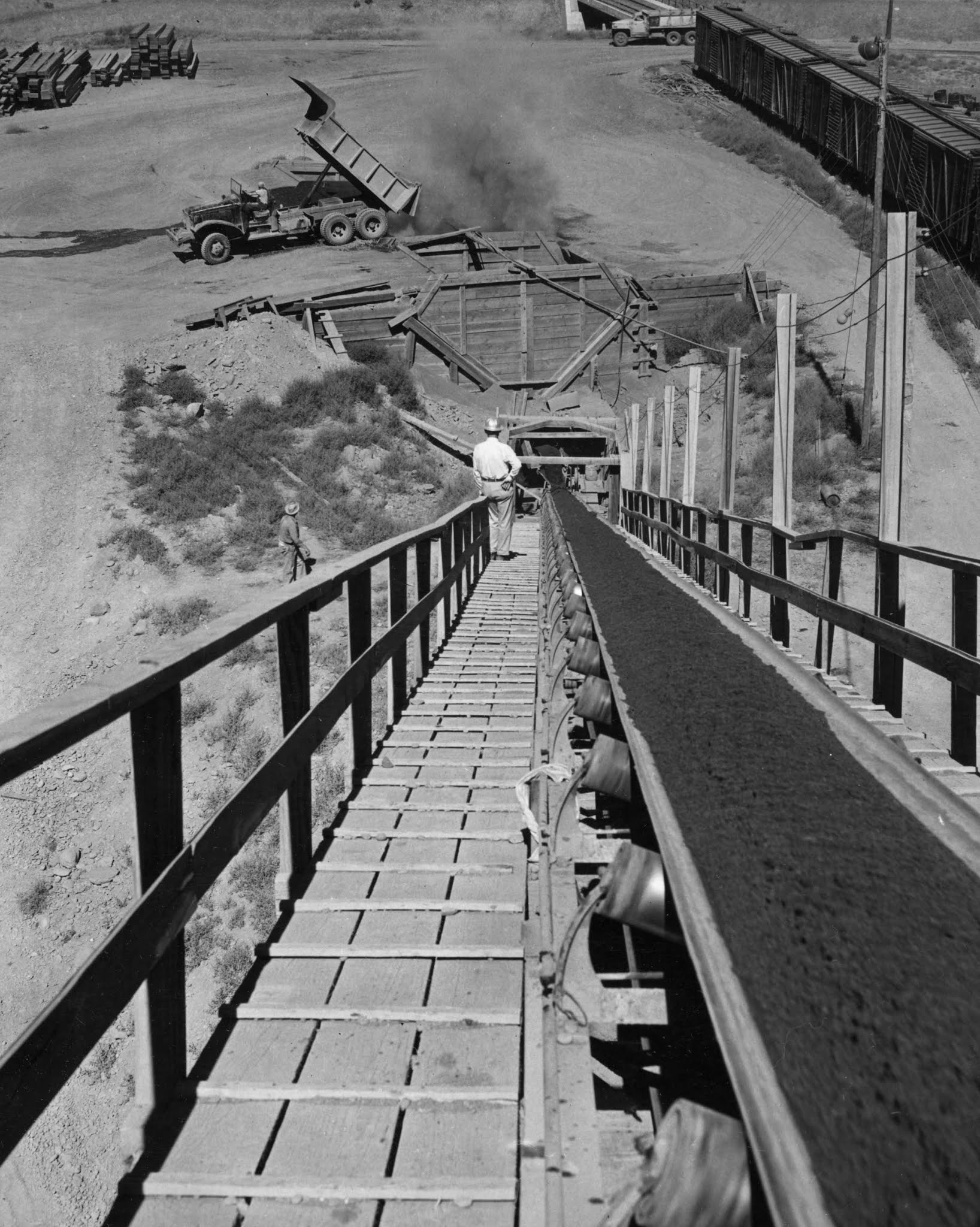