BN 1792 and 1754 rev up after slowing to cross the Rock Island bridge over the Columbia River at Rock Island, WA, about 12 miles east of Wenatchee. The x-GN and x-NP GP9s have 40 empty 40 ft. boxcars in tow for a trip up the Palisades to grain elevators on the Mansfield branch. They will return with a similar number of loaded cars which will then move to Seattle for export. 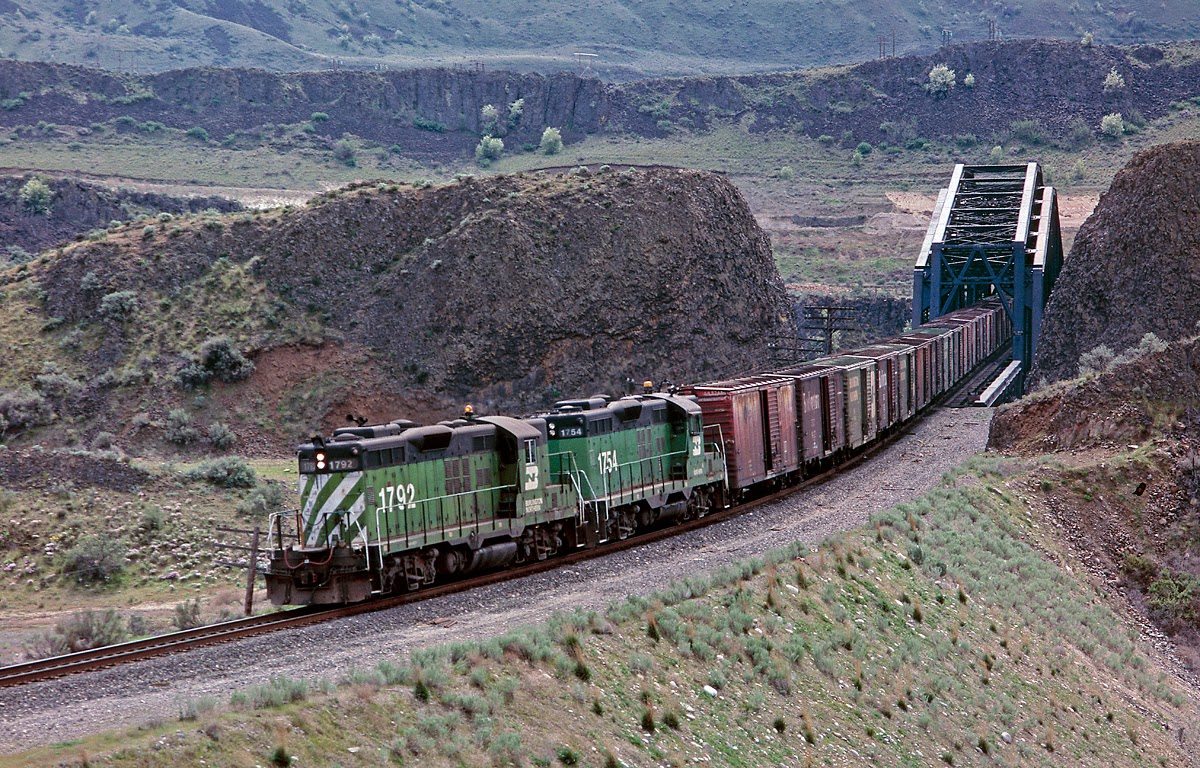