View with the GN depot in the center. Also seen is the NP two-stall roundhouse at far right, with various support buildings for both railroads between them. Adrian Grange Hall is the larger light colored building on the small bluff just above and to the left of the depot. Canal is from  the Adrian Irrigation Company, which was trying to irrigate about 5000 acres near Soap Lake. 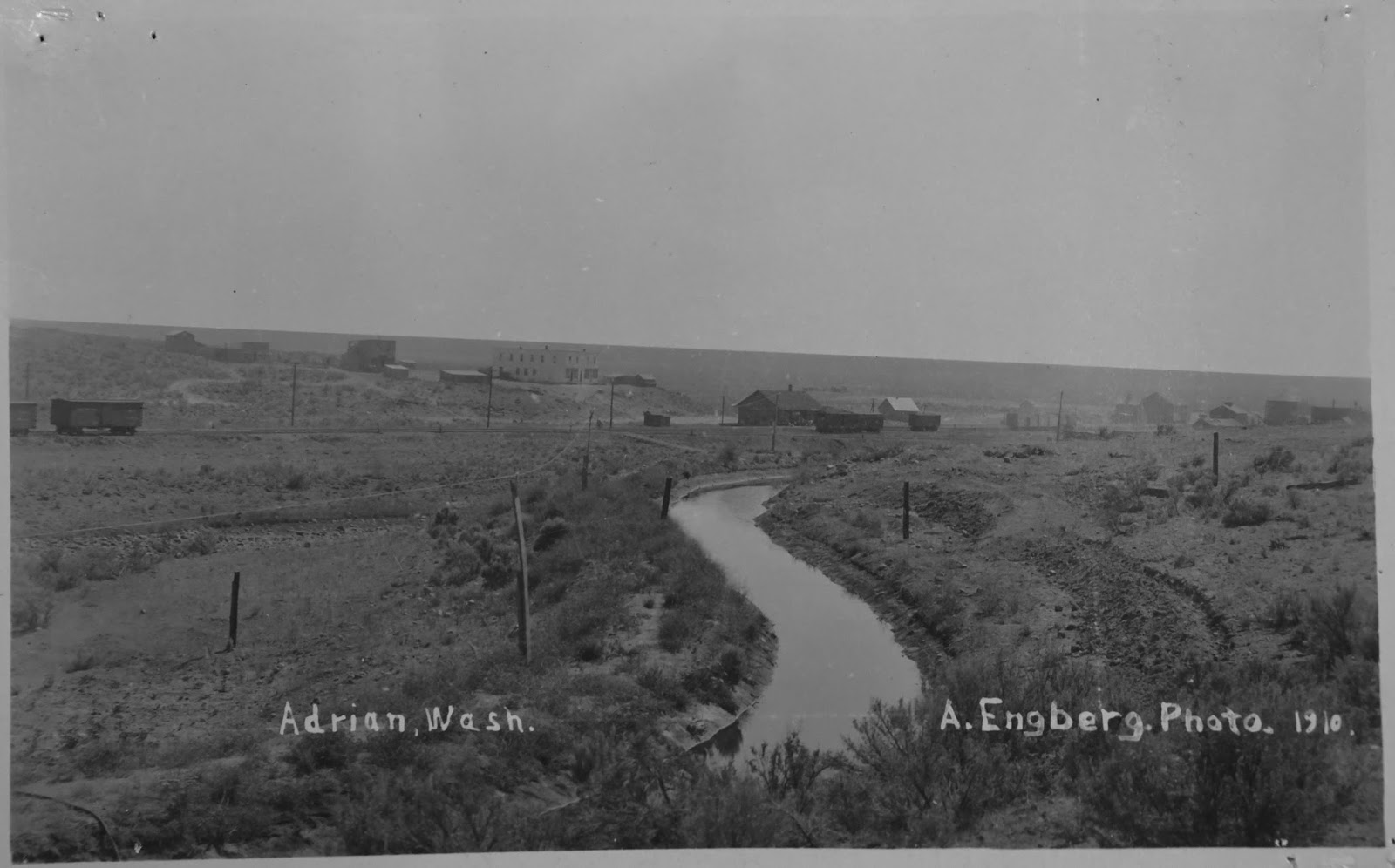 In this view, from the Grant PUD Photo Archives, probably from about the same time as the above photo, you can see that the canal has gone into a flume, with the depot behind it and the Grange hall to the right of the depot. 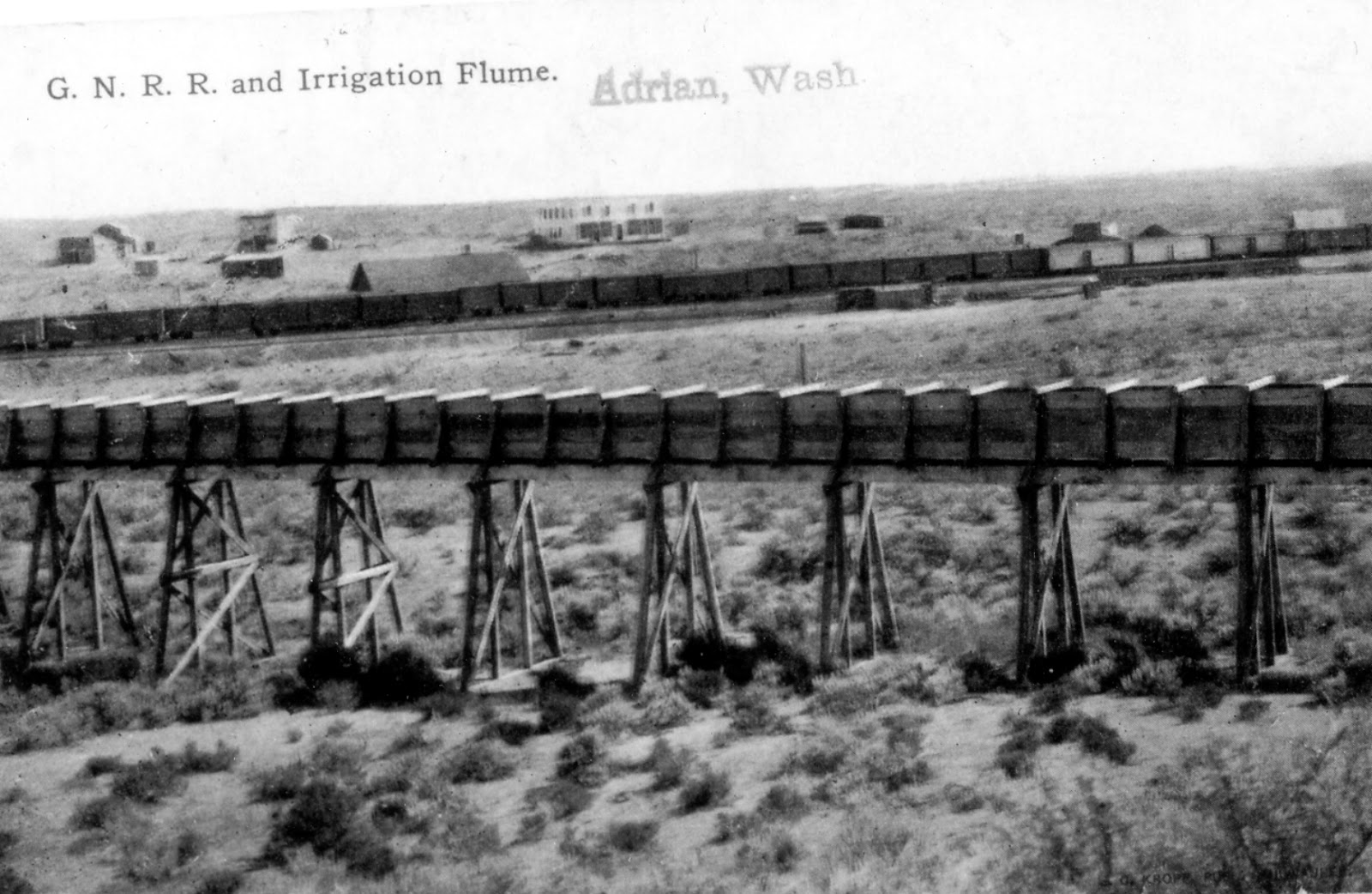 In the 1909 book "Irrigation In The State Of Washington" by Samuel Fortier, the listing for the canal company is as follows: