BN 1792, an X-Great Northern GP9 leads 1754 a former NP Geep on the weekly Mansfield local. The train has just left the mainline at Columbia River siding and has started up a draw through apple orchards that will take it through the Palisades on a climb to Douglas and the Mansfield Plateau where it will exchange these empty 40 ft. boxes for loads. The train was typically limited to 40 cars, and covered hoppers were off limits, which ultimately doomed the branch. 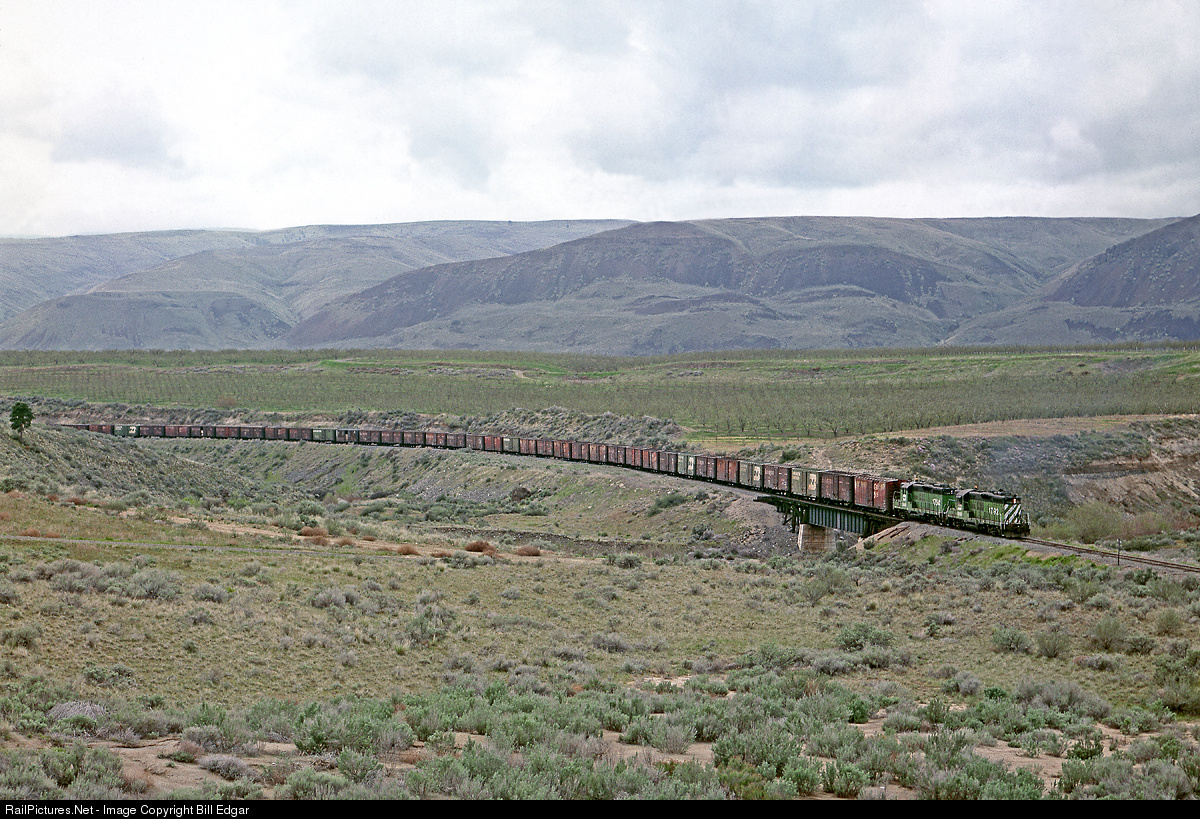 Curious why covered hoppers were off limits.

The rail was too light to support the weight of the loaded hopper car.