I have not been able to find my photos of this unit, nor of the trailing one. These were both former C&NW units, rebuilt by the Northwestern. Both units were sold when the BNSF bought out the WCRC. At the time of this writing, the 4492 was the Nebraska, Kansas & Colorado number 2. The 4491 went on the the Illinois Railnet, as their number 2. That line also picked up one of the former WCRC CF7s.

Anyway, I got an extended cab ride on one of these 2 units, as an engineer at the time was a close relative. His complaint about them at the time is they didn't pull well anymore, thinking they were worn out junk. 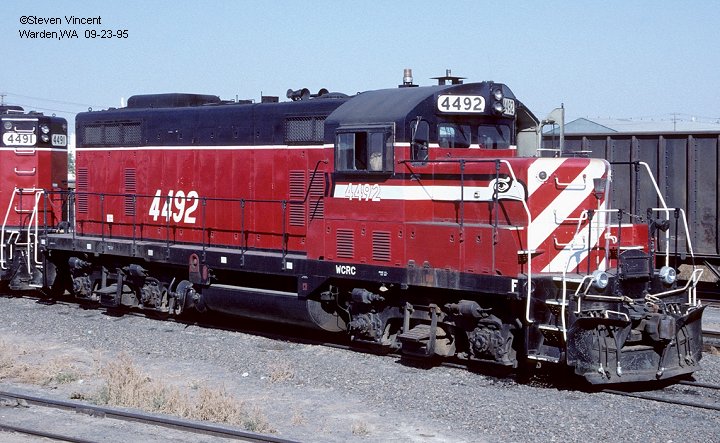