Eerily silent – the florescent landing lights and glow of what at first glance appears to be an alien craft counting down to liftoff thrusting its rocket, spear-like plume of light cutting into the black, fog-cloaked pitch of Govan. A Ghost “town” of near nil inhabitants living, of a schoolhouse haunted, of infernos past repeated, and of bloody ax murders unsolved. A Dantean “place” that may as well be the netherworld: able to unnerve the steadiest of souls…in the dead of night. Mangy dogs unseen growling; howling packs of yipping coyotes in the distance near; faint shadows of concrete elevators monolithic; wraiths appear staring out from broken tattered-curtain windows of homesteads homeless. Ice-cased from the brume atmosphere the earthbound tunnel motor has just come to rest holding the CW main pending a relief crew to take her and train farther west. Further. Into twilight. 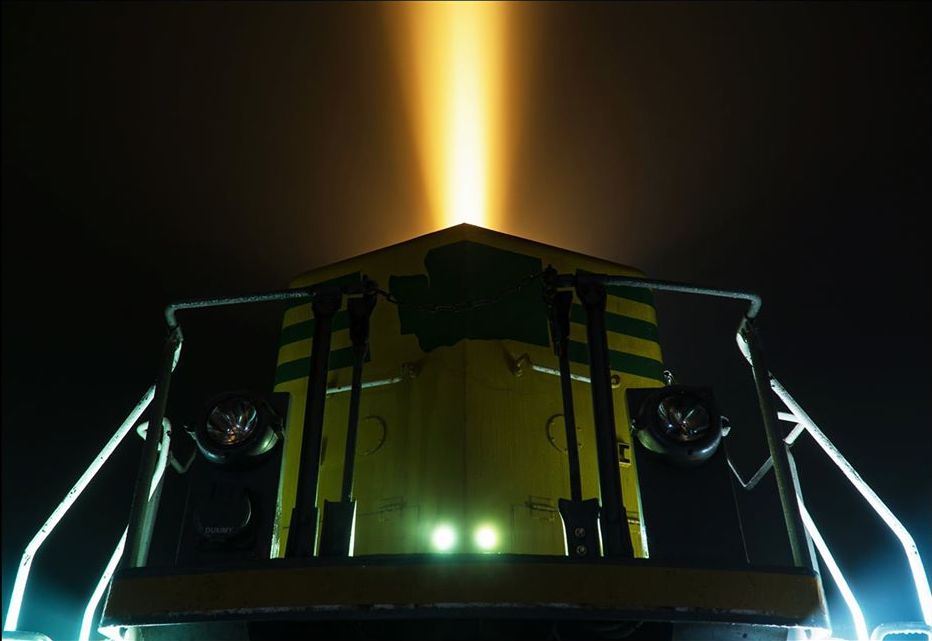