Courtesy of the Bureau of Reclamation.

One of the last official photographs taken at the south end of the Bacon Tunnel. Seen here is one portal from the 1947 tunnel. Shortly after this photo was taken, construction on a second 2 mile long tunnel would be undertaken. The new tunnel would be built to the right of the old one in this view, and would obliterate any remaining signs of the construction railroad that was used in conjunction of the first tunnel. The NP Adrian Cutoff, seen curving through the scene here, would be abandoned by 1979, with activity at the old construction siding of Connolly being the last activity the branch had seen after 1953. 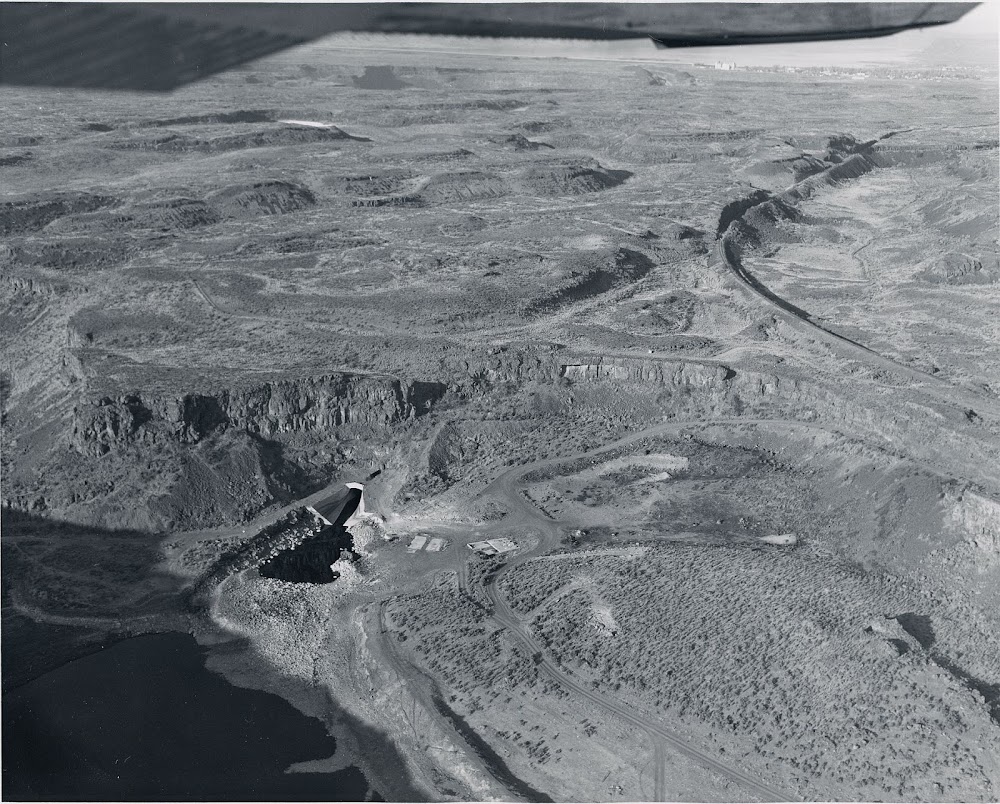