A pet research project of mine has been the impact of the flooding of May and June 1948 on the area. Recall that water completely washed out the Waterville Railway.
Anyway, one of the stories I had read was the water over Rock Island Dam covering a large part of the structure. A photo from Ebay arrived today which displayed the extent of the water. A companion newspaper clipping shows the same scene from the air.
Included is a view of Grand Coulee Dam on May 30, 1948, showing the torrent of water over the top.
Through the help of others, I got a picture of the Thurston Street underpass in Wenatchee showing the high water that encompassed part of downtown Wenatchee.
Water spilling over Rock Island Dam. 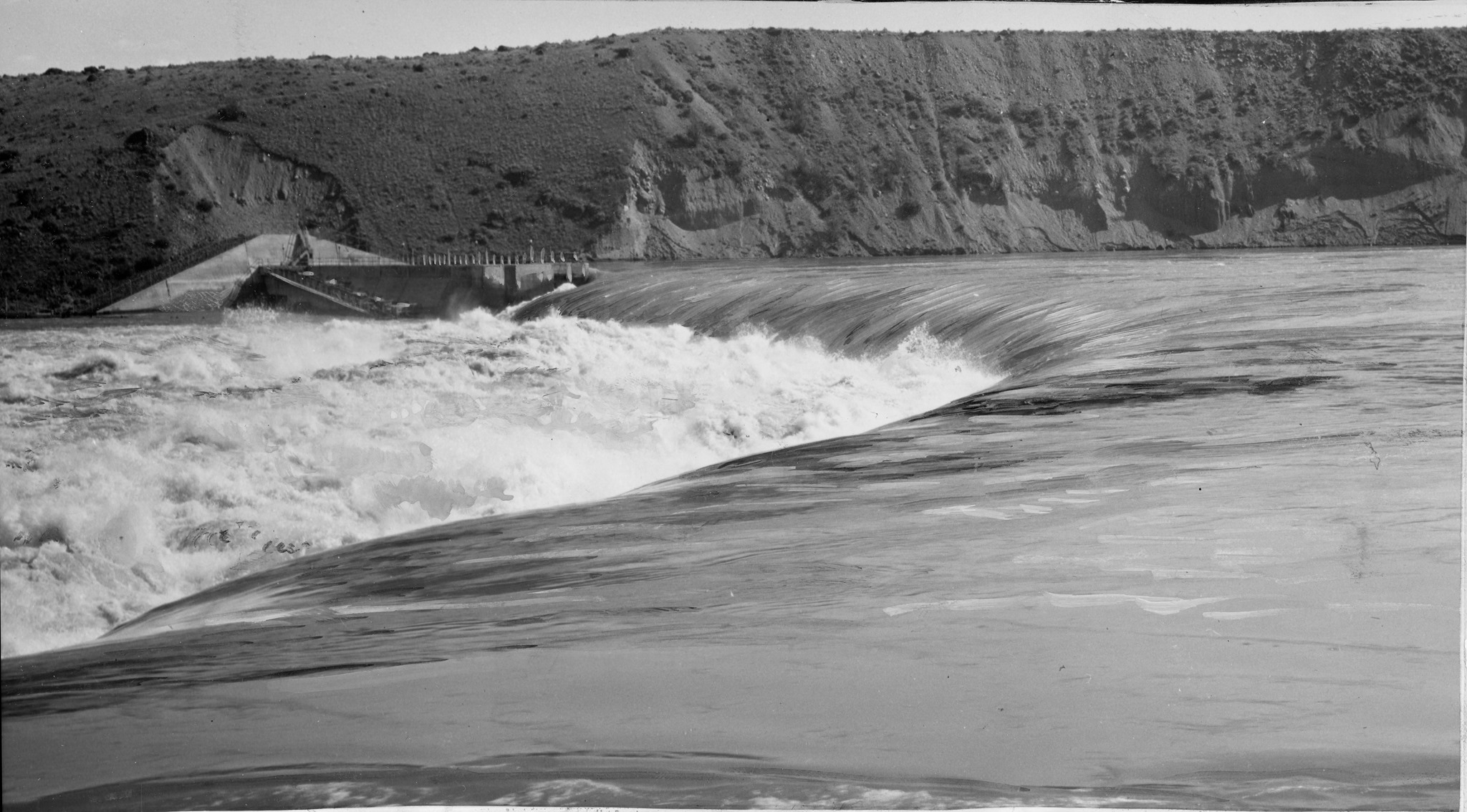 A newspaper clipping showing the same. 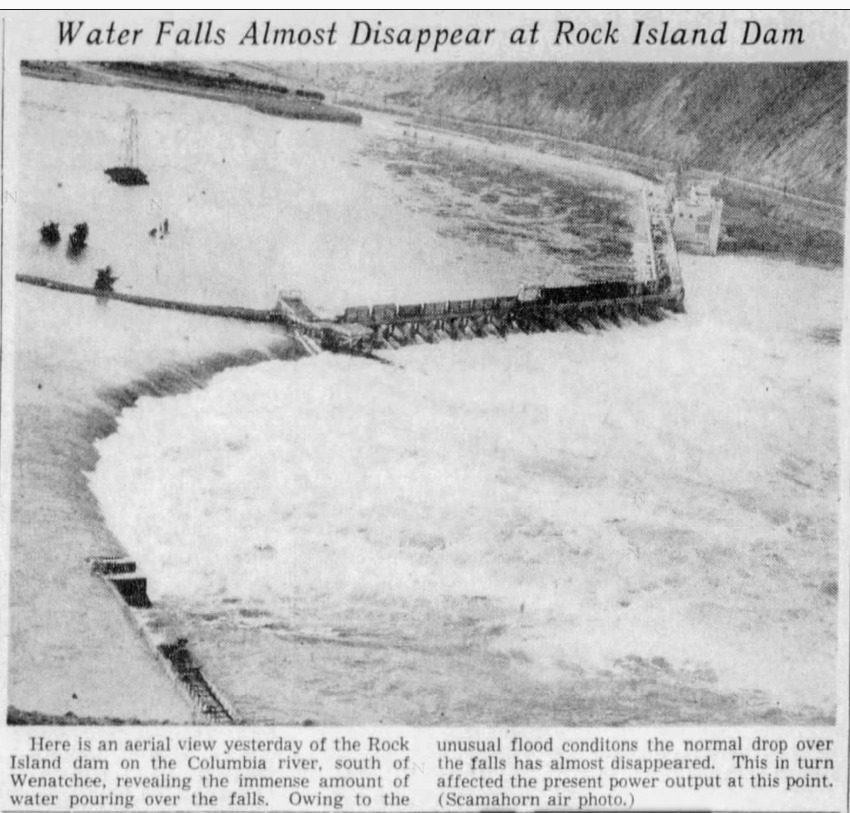 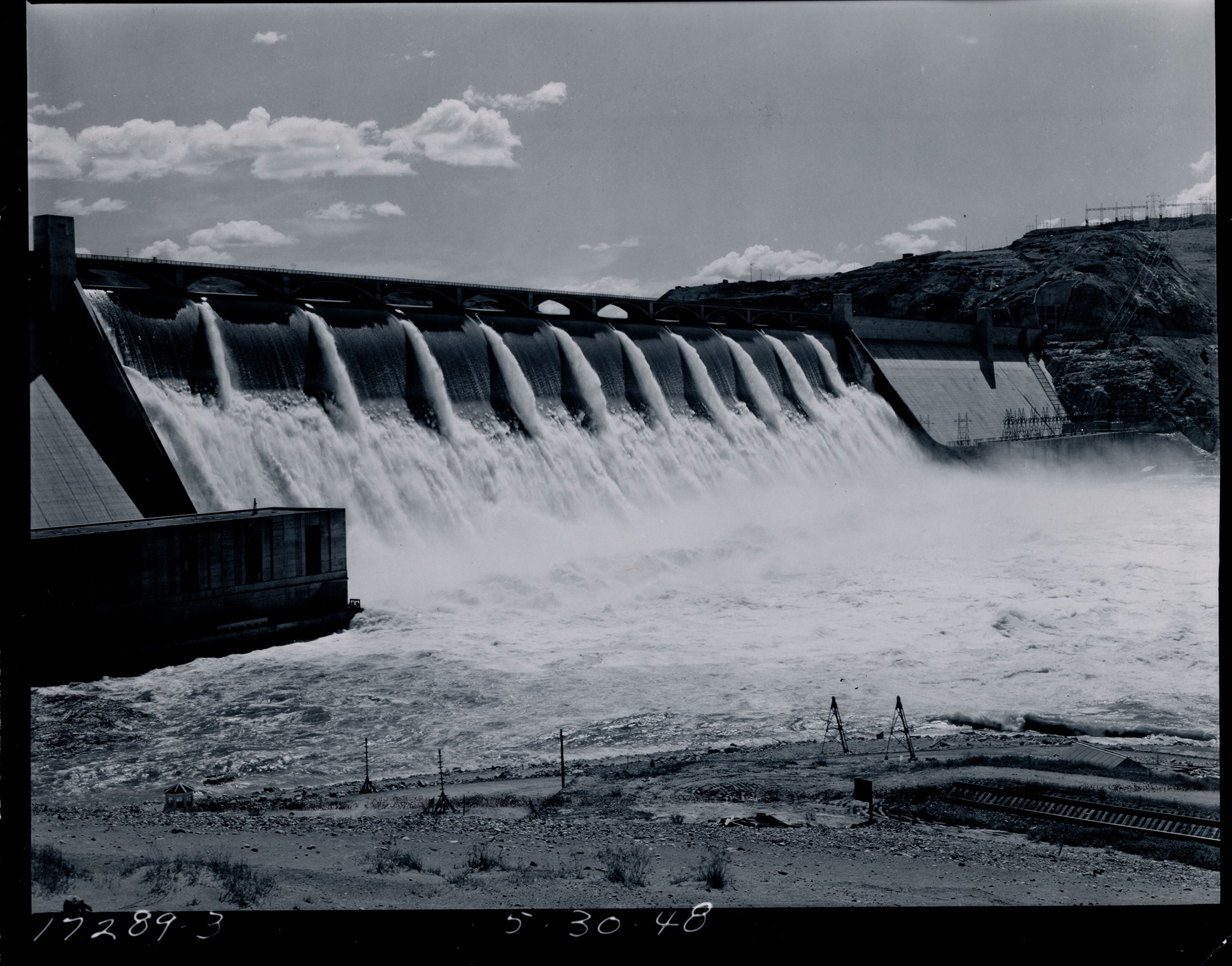 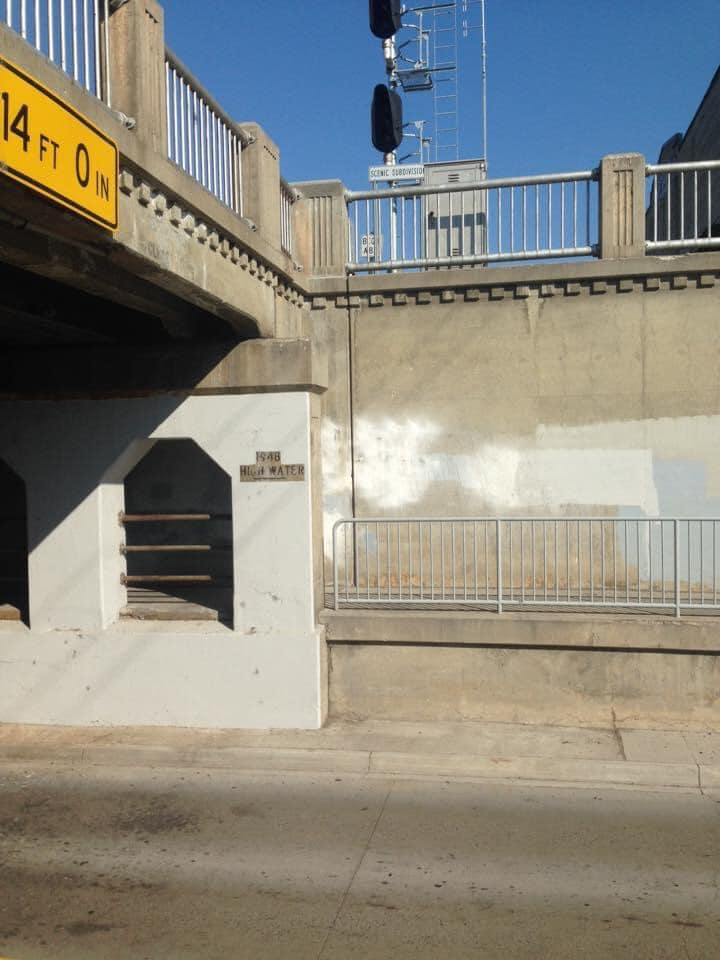 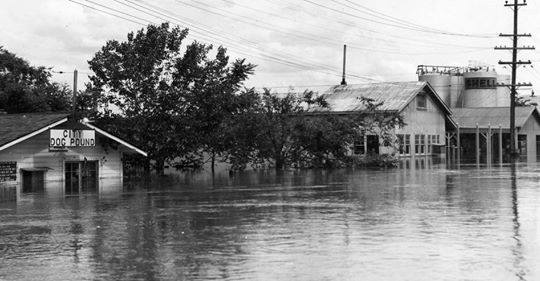 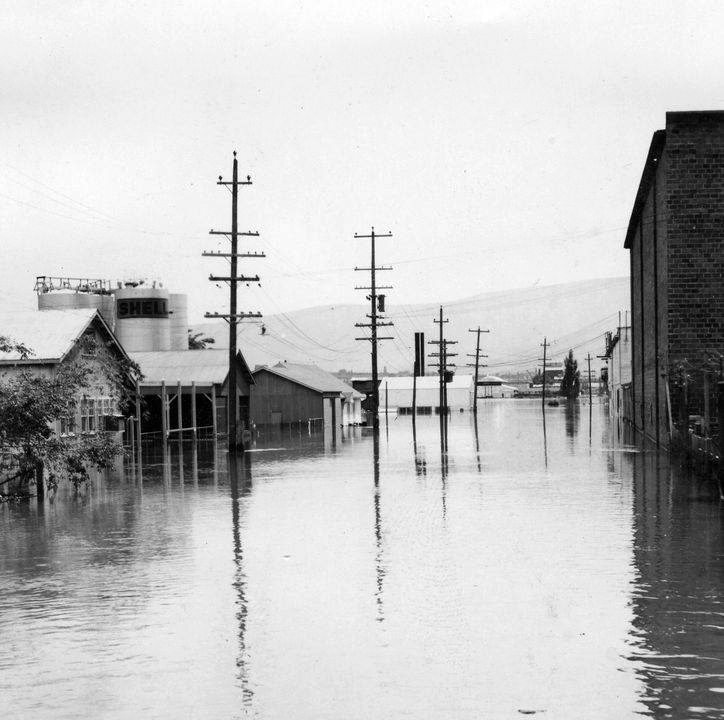 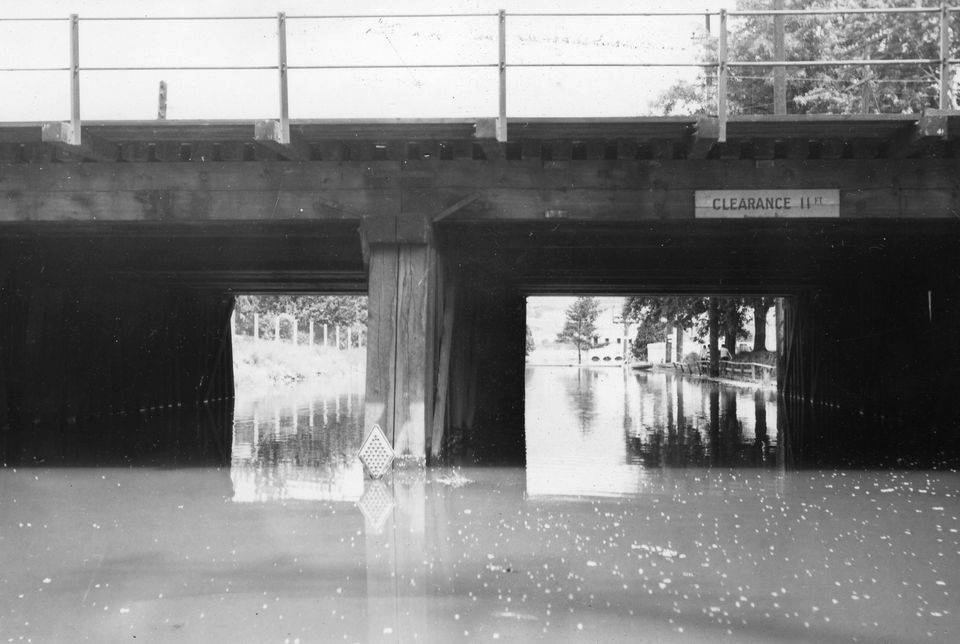 Larry Long adds:
"The flow at Rock Island was high enough there was not gross head the run the plant so it was shut down. As a result of this the Federal Power Commission ( the predecessor of the Federal Energy Regulatory Commission) ordered the PUD to develop another source of hydro power that did not depend on the Columbia river. This is what led to the study of the Wenatchee project. A plan that involved three dams on the upper Wenatchee river.
"The 1948 flood also wiped out all long distance telephone communication. Rock Island dam had a circuit that used the high voltage transmission line. It was the only communication between eastern Washington and the coast and was turned over to the state patrol for emergency use." 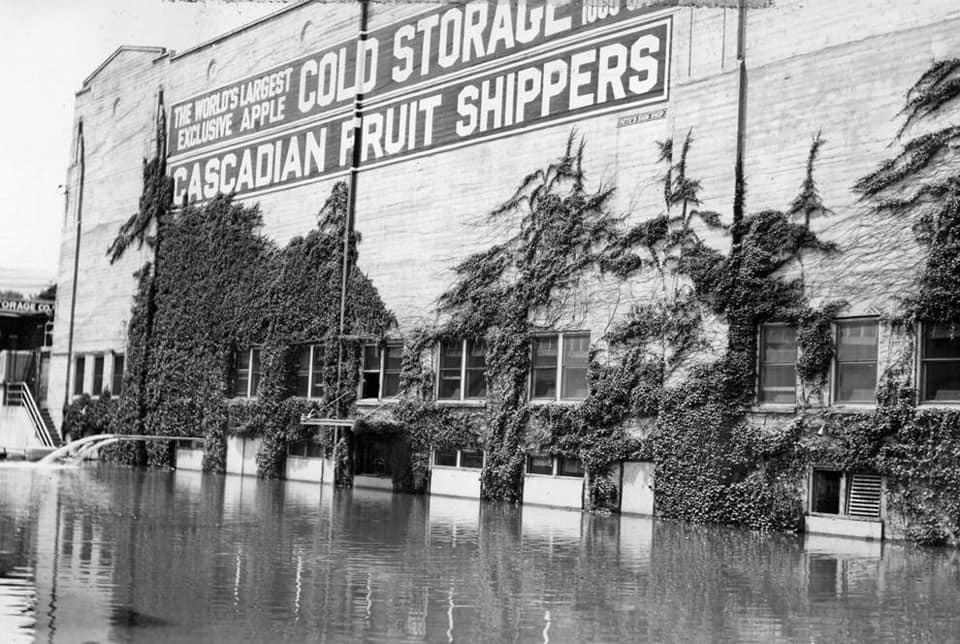 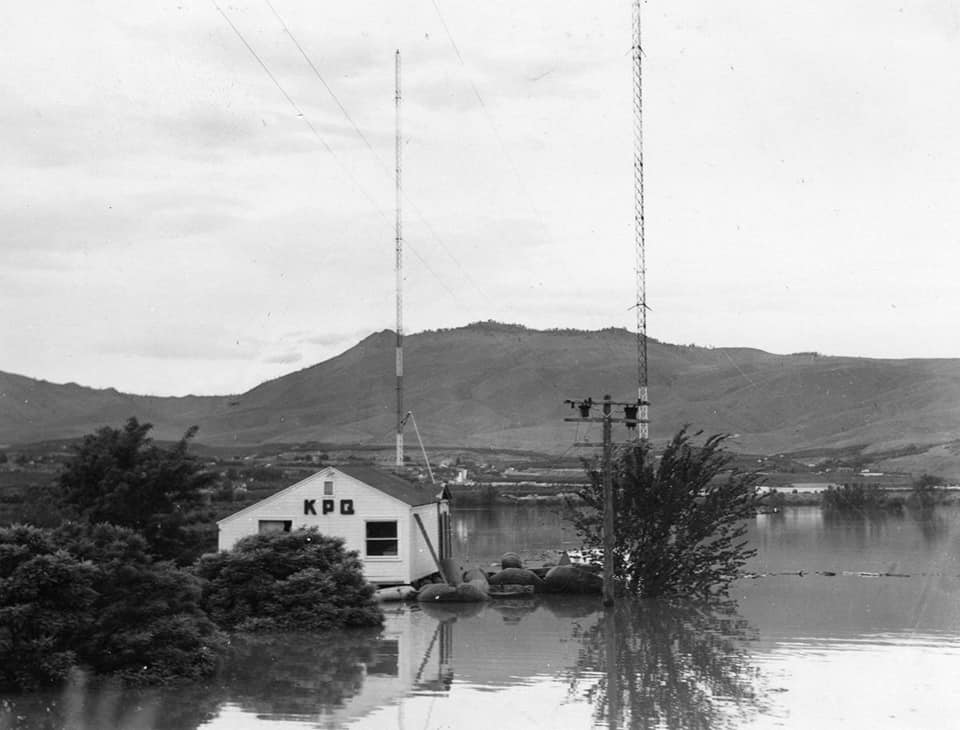