I found a map that shows the old Central Washington Railway grades as they were climbing up the Grand Coulee outside of Coulee City. To my knowledge, there were no rails laid beyond Coulee City, but the grade did make it up to the top of the Coulee.

This shows the satellite view of the current SR 17, where an old section of SR 17 joined US 2. 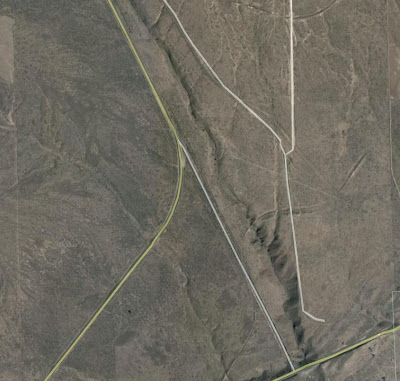 Now the map from Douglas County: 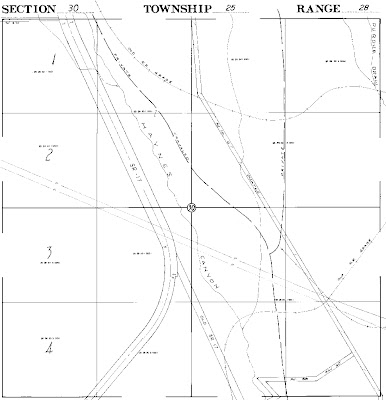 There are more township/section/range maps in this area showing both grades of the Central Washington and the Seattle Lake Shore & Eastern: 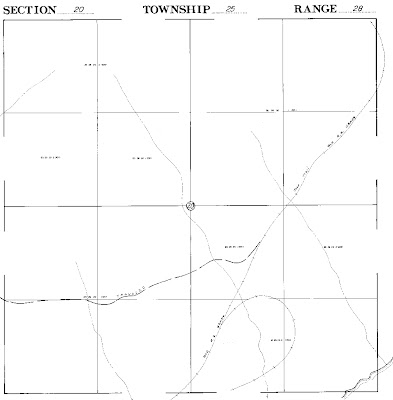 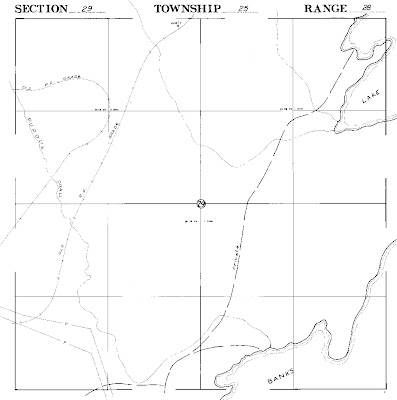 All of this can be followed with satellite images, or even getting out in the brush.
This photo shows the Central Washington between the current US 2 and the old US 2: 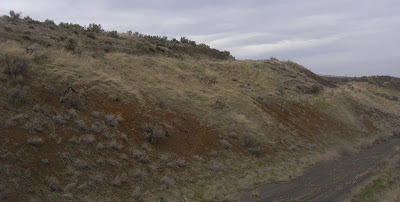 It was evident there was some heavy grades for trains to climb: 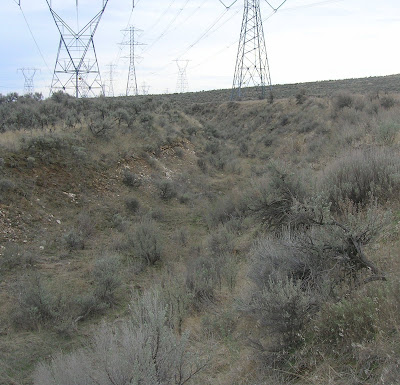 Here is where there would have been a large curved trestle, located just uphill from the Dry Falls Interpretive Center: 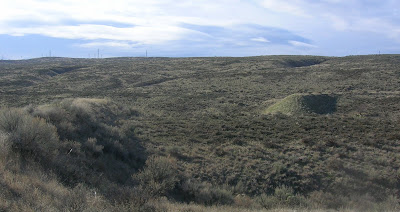 Another satellite shot with elevation place marks charting the Central Washington from Coulee City up the Coulee: 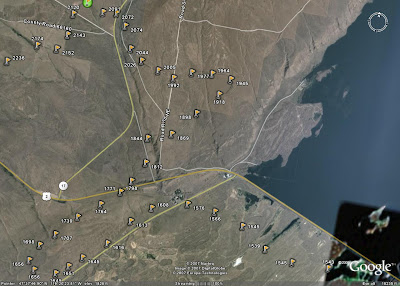 Unfortunately, there is no evidence of remaining grades beyond the crest of the hill. This could be due to heavy farming of the whole area where the grades would have gone. There is evidence that there could have been further grading, as evidence of this 1895 map: 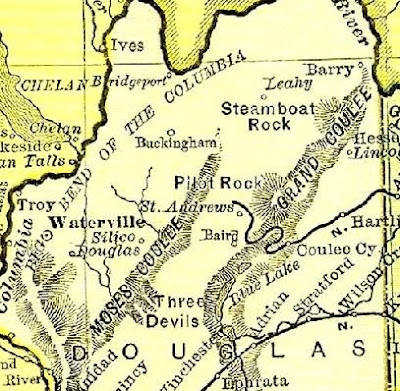