Photos courtesy of the USBR.

The 2011 drawdown of Banks Lake by 35 feet allowed many  things long covered by water to become visible again. One major draw for me was that the old railroad grade was now out of the water in many area.

First, here are some aerial photos taken by the Bureau on November 15, 2011. In many places you can see the old Speedball Highway as well. 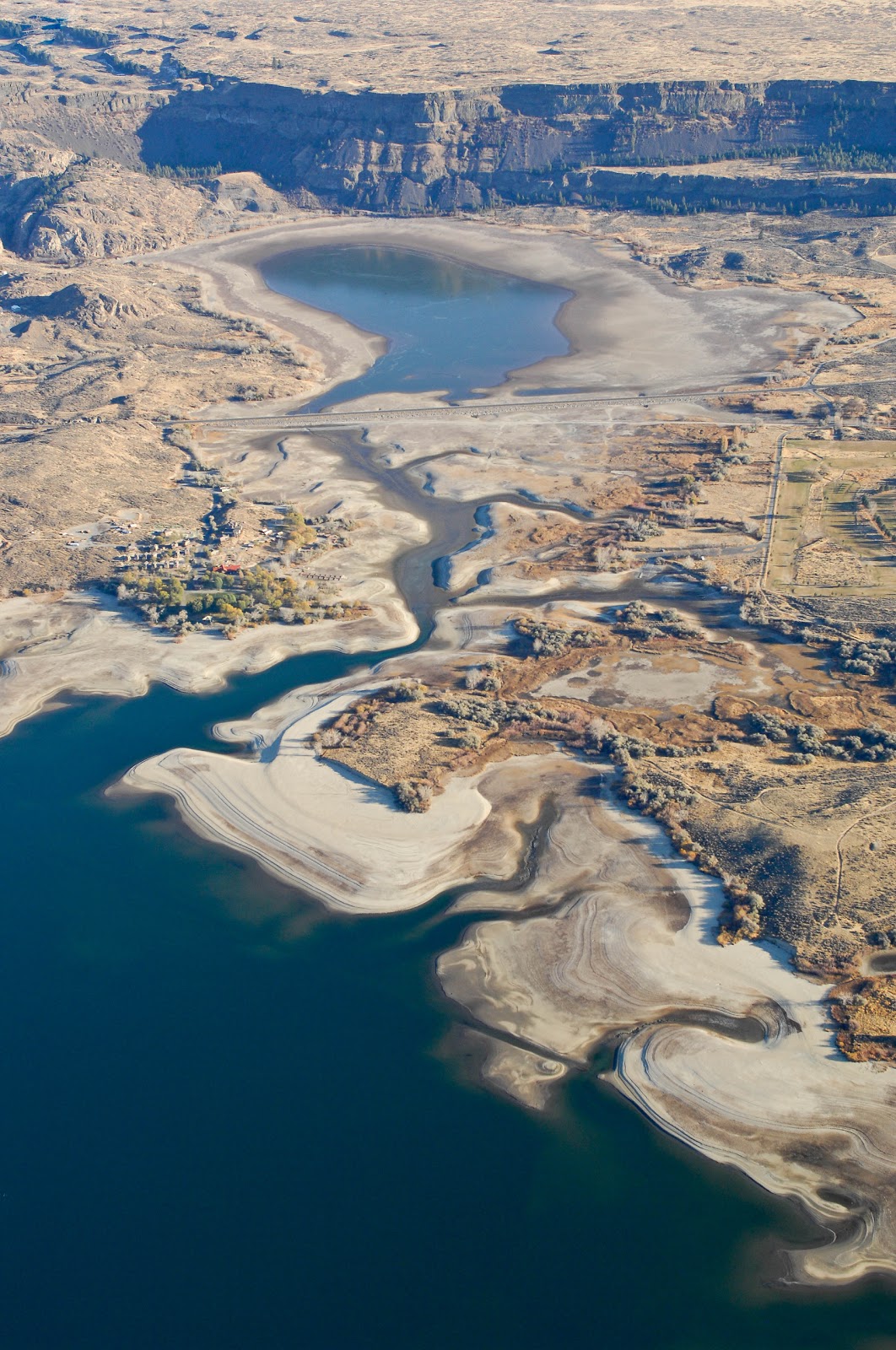 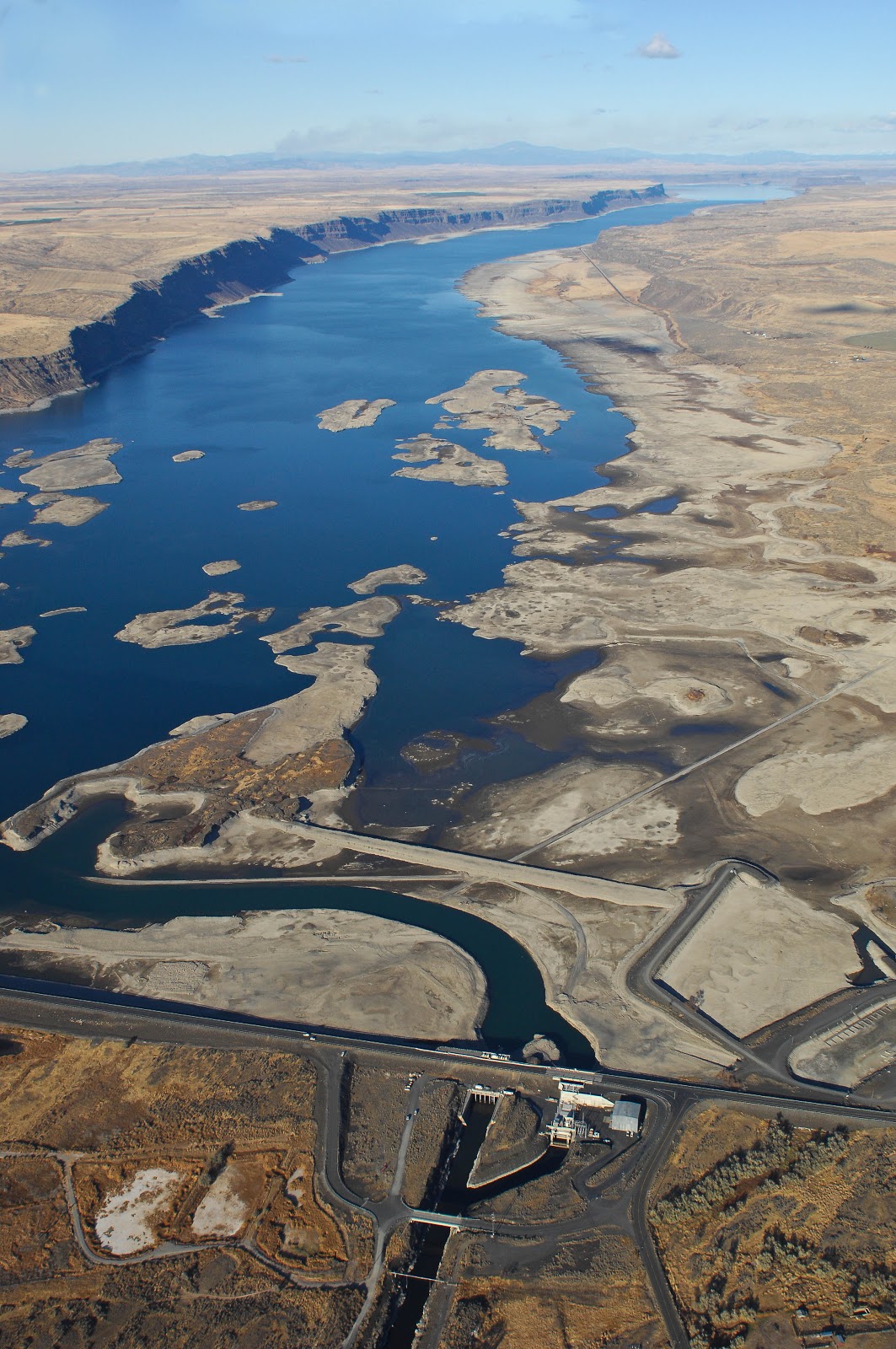 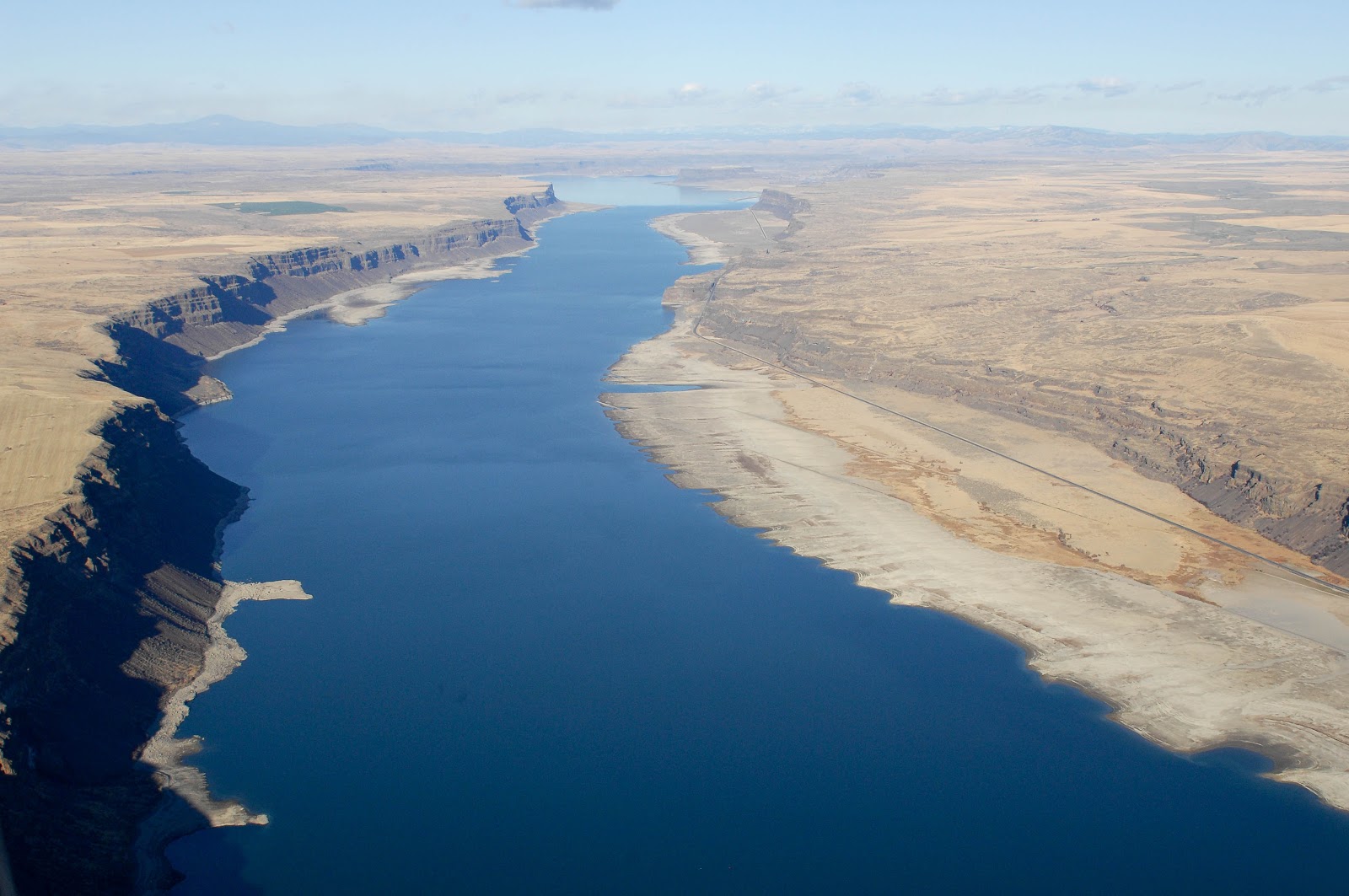 A few miles north of Coulee City
Railroad grade is the one closer to the water. 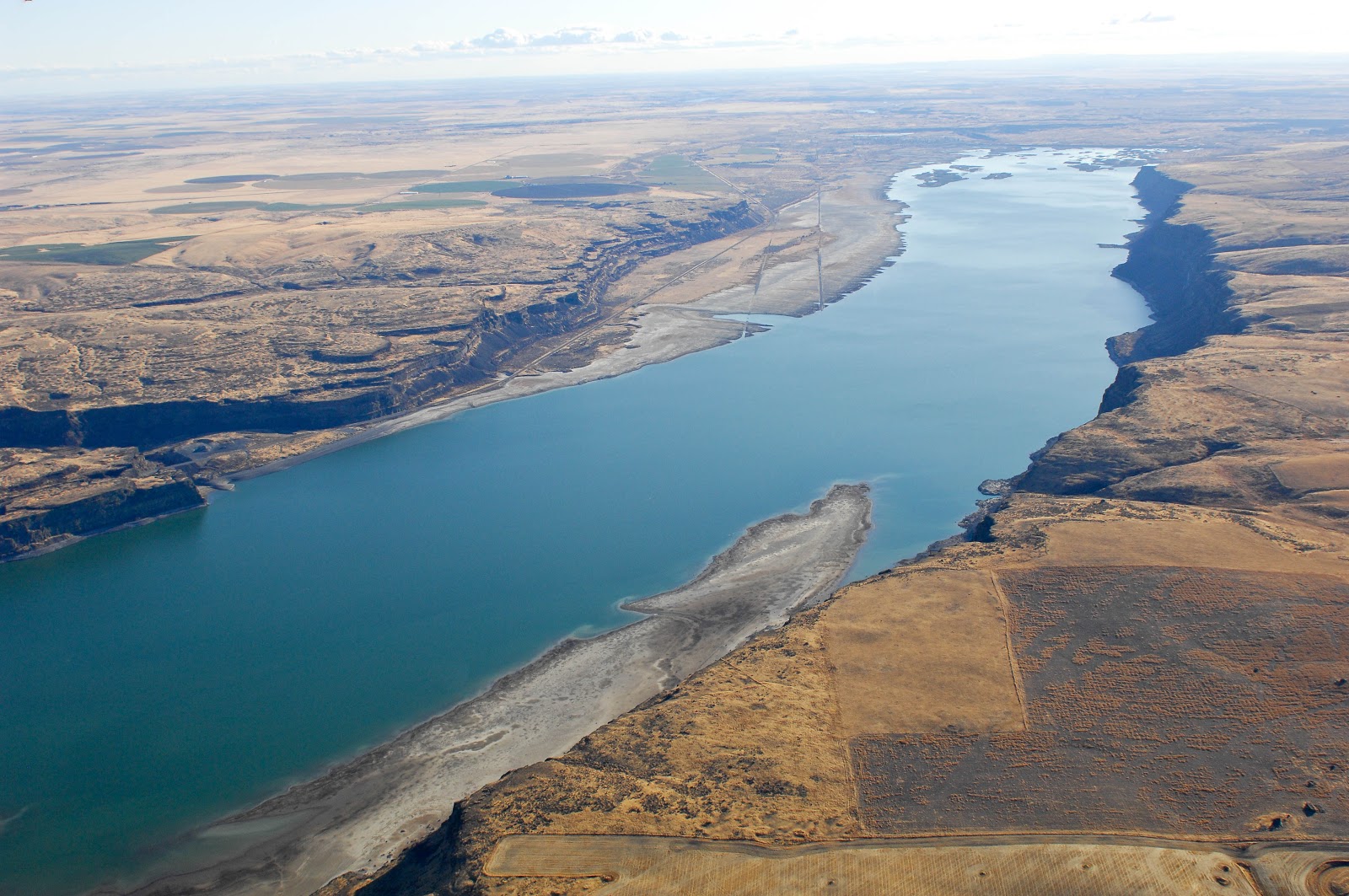 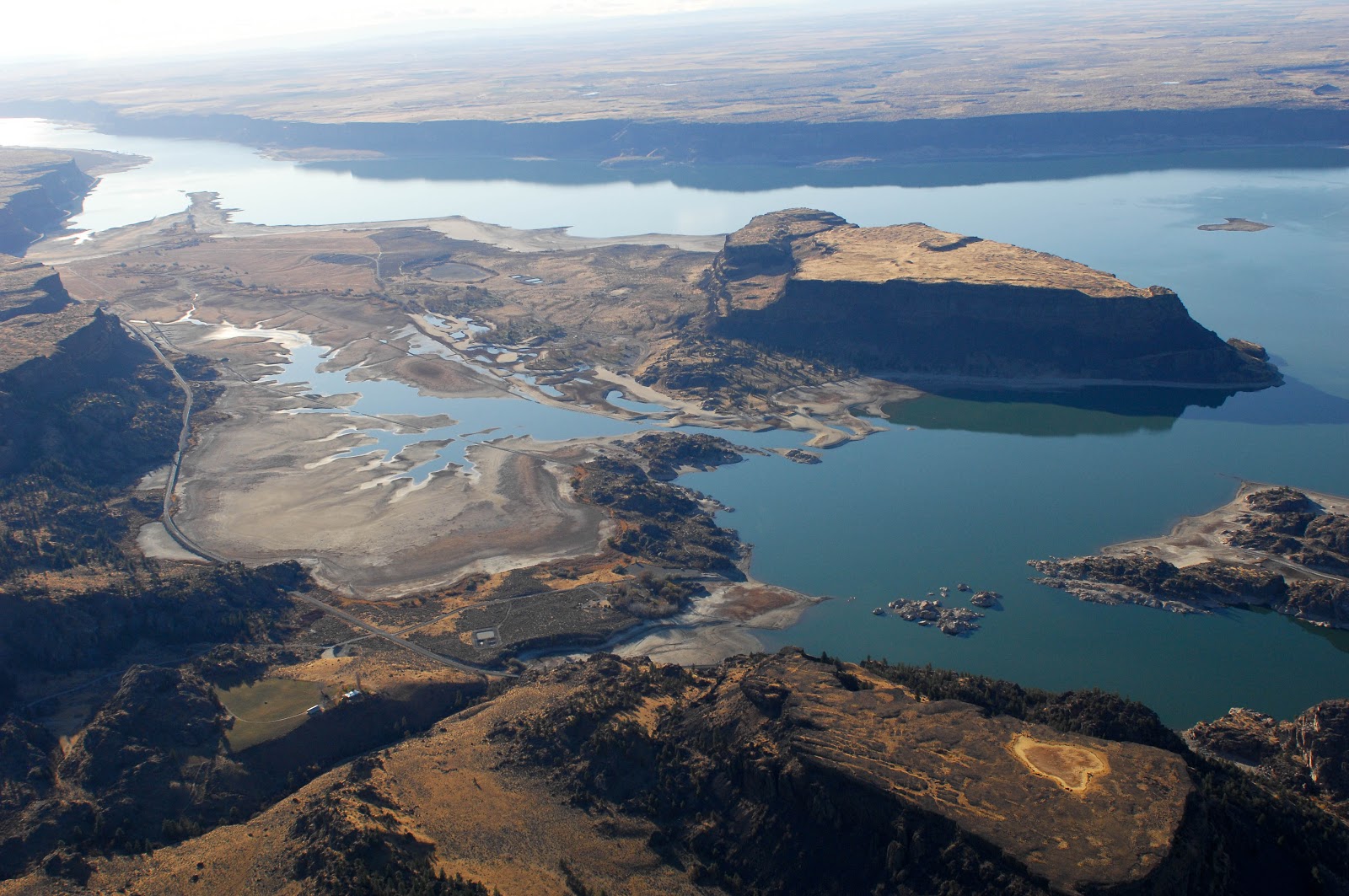 Steamboat Rock
Railroad grade is the one closer to Steamboat Park, through the middle of the photo. 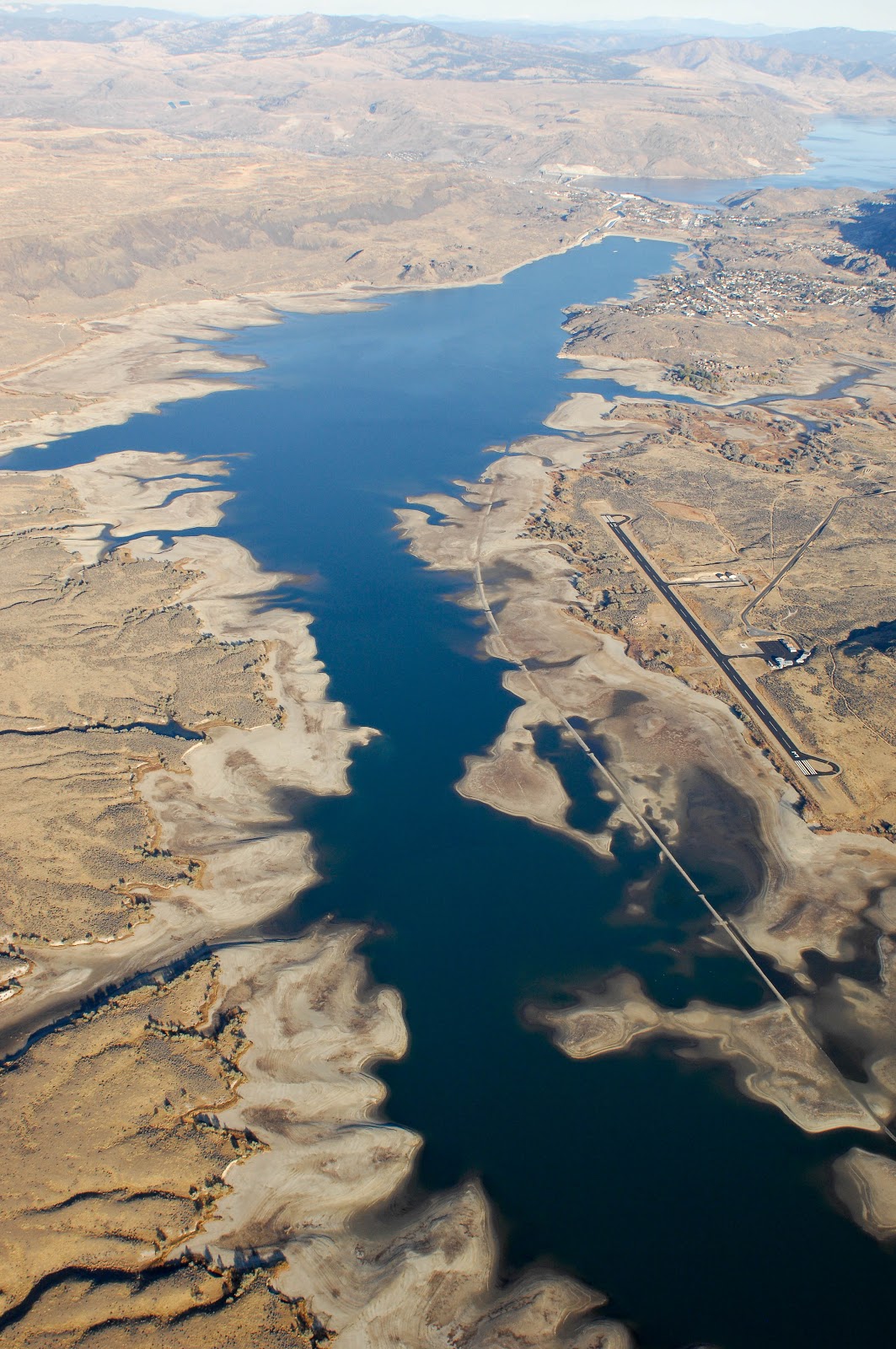 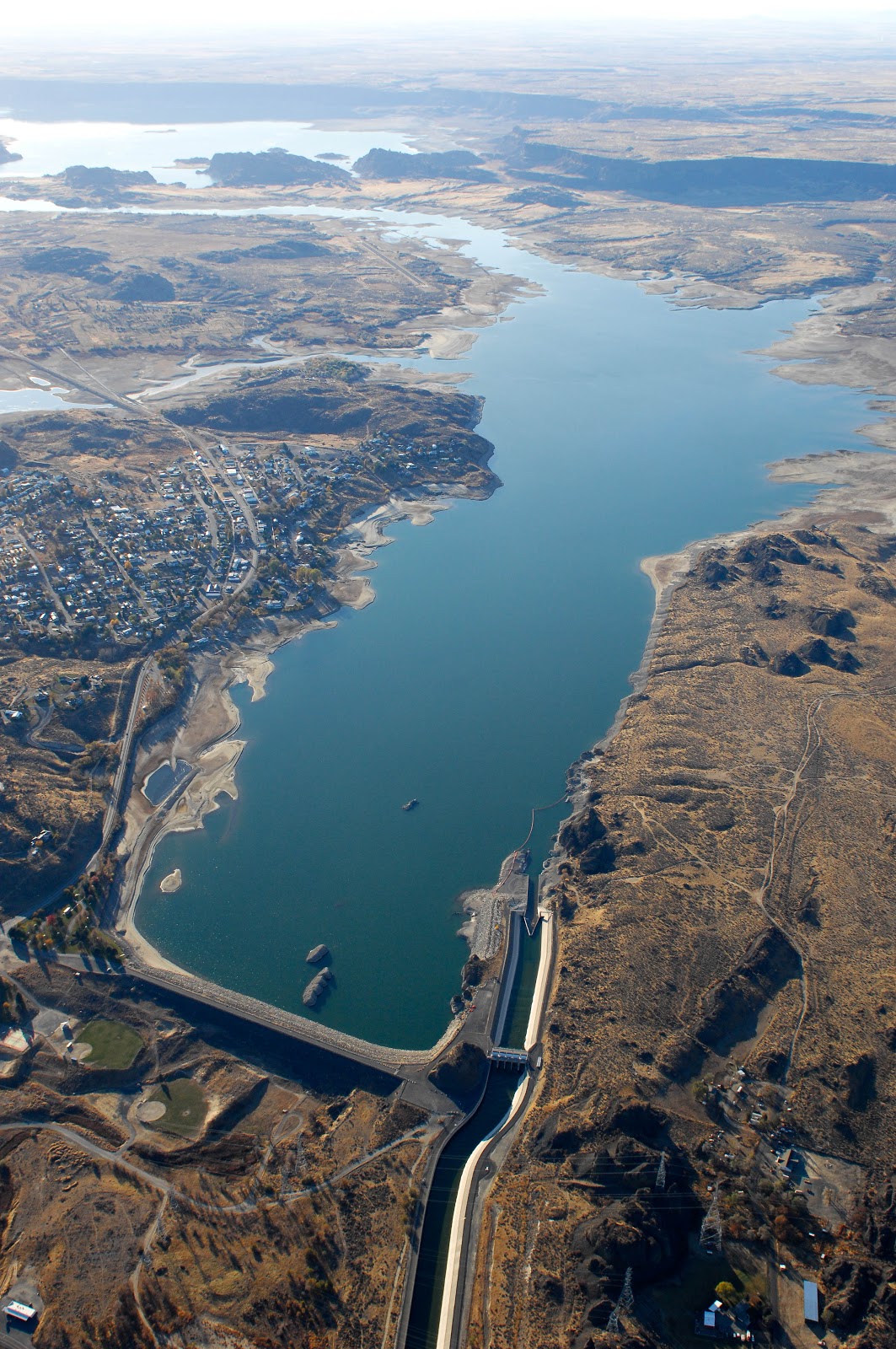 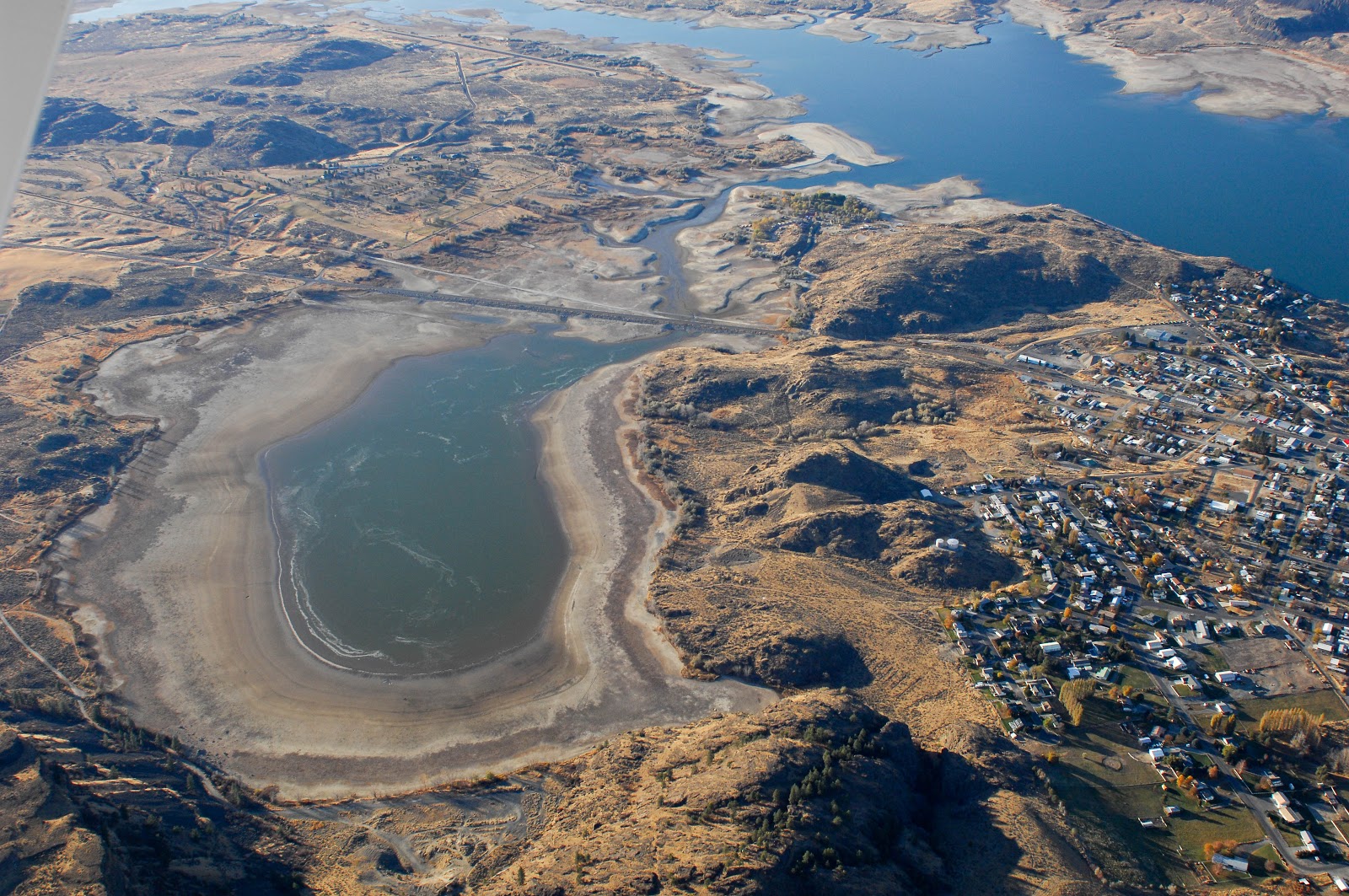 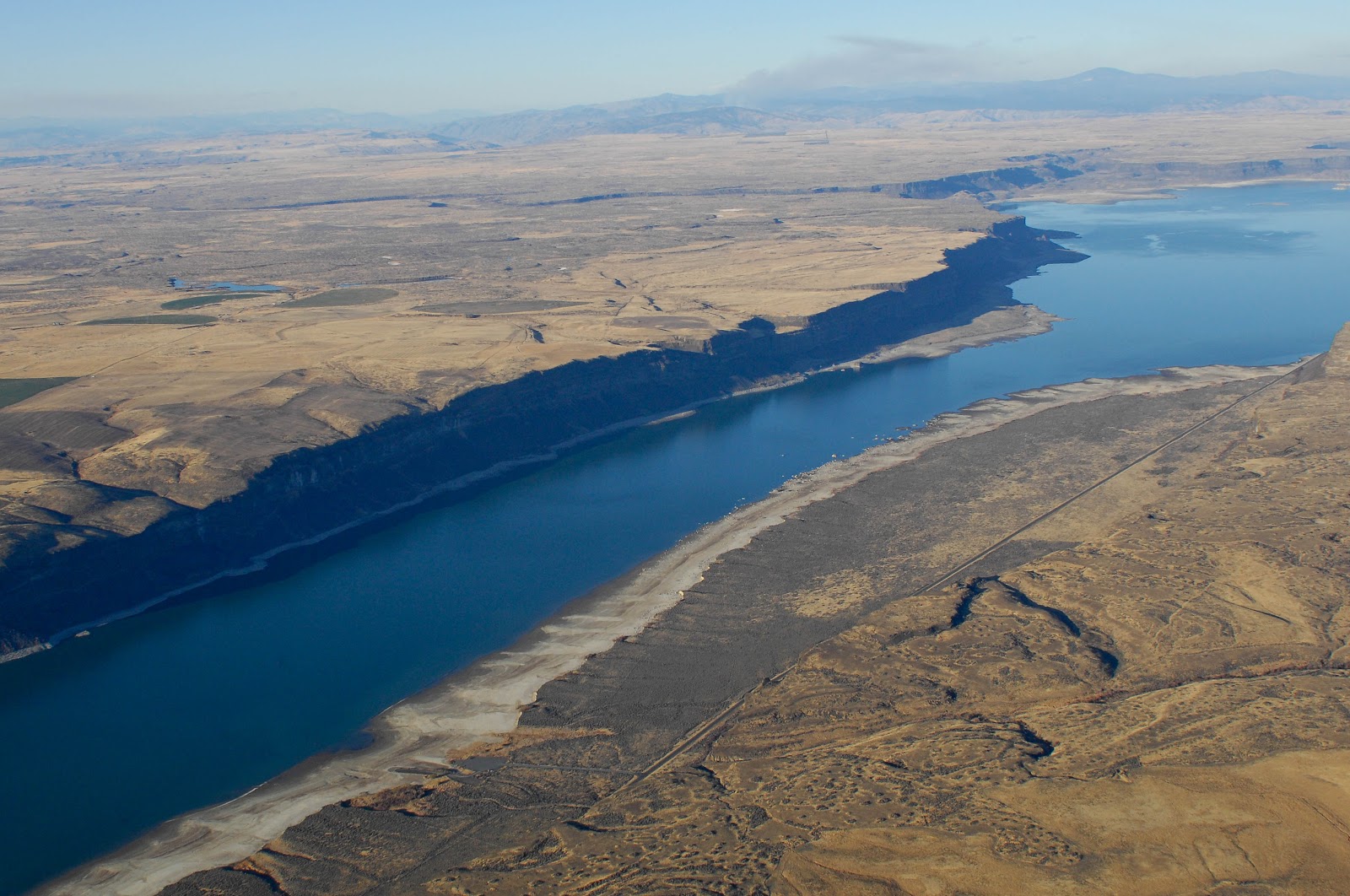 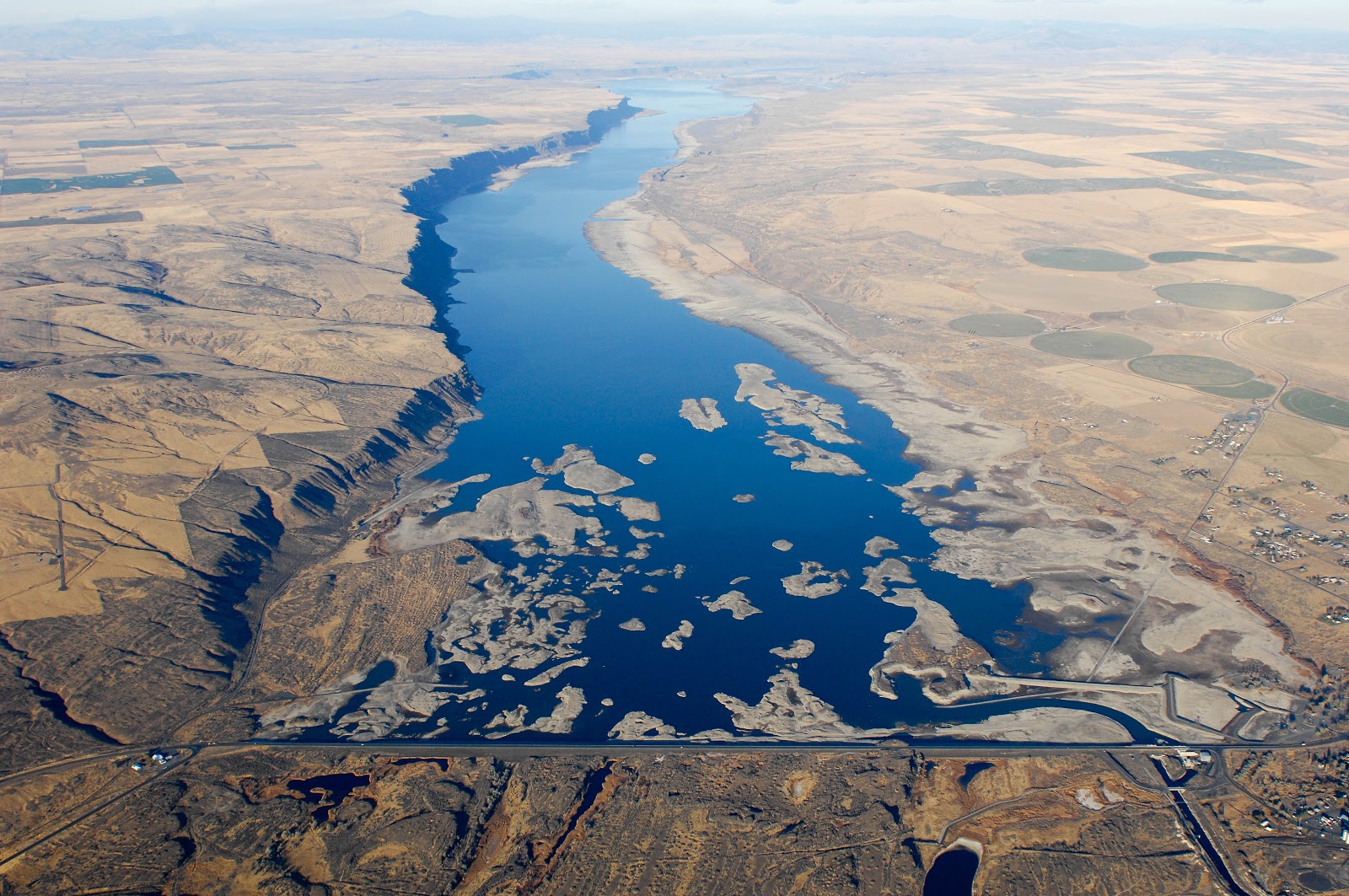 South Dam at Coulee City
Seattle Lake Shore & Eastern grade along the bottom of the photo as well as along the left hand side above the lake.