"Just as their Box Cab predecessors did just a decade before, a pair of SD40-2s idle at the roundhouse on the Milwaukee Road at Othello, Washington, in August 1978.
The railroad, in later years especially, was always tight on power, so most eastbound trains into Othello would cut locomotives for the lighter grades of "The Gap" across Eastern Washington, adding more power either at Saint Maries, Idaho, for the climb across the Bitterroot Mountains or cutting in helpers at Avery. Westbound trains would add those locomotives for the Transcontinental's toughest grade across the Saddle Mountains, just to the west of Othello.
These two locomotive were likely left by that afternoon's train #200, and will go back west to Tacoma on #201." 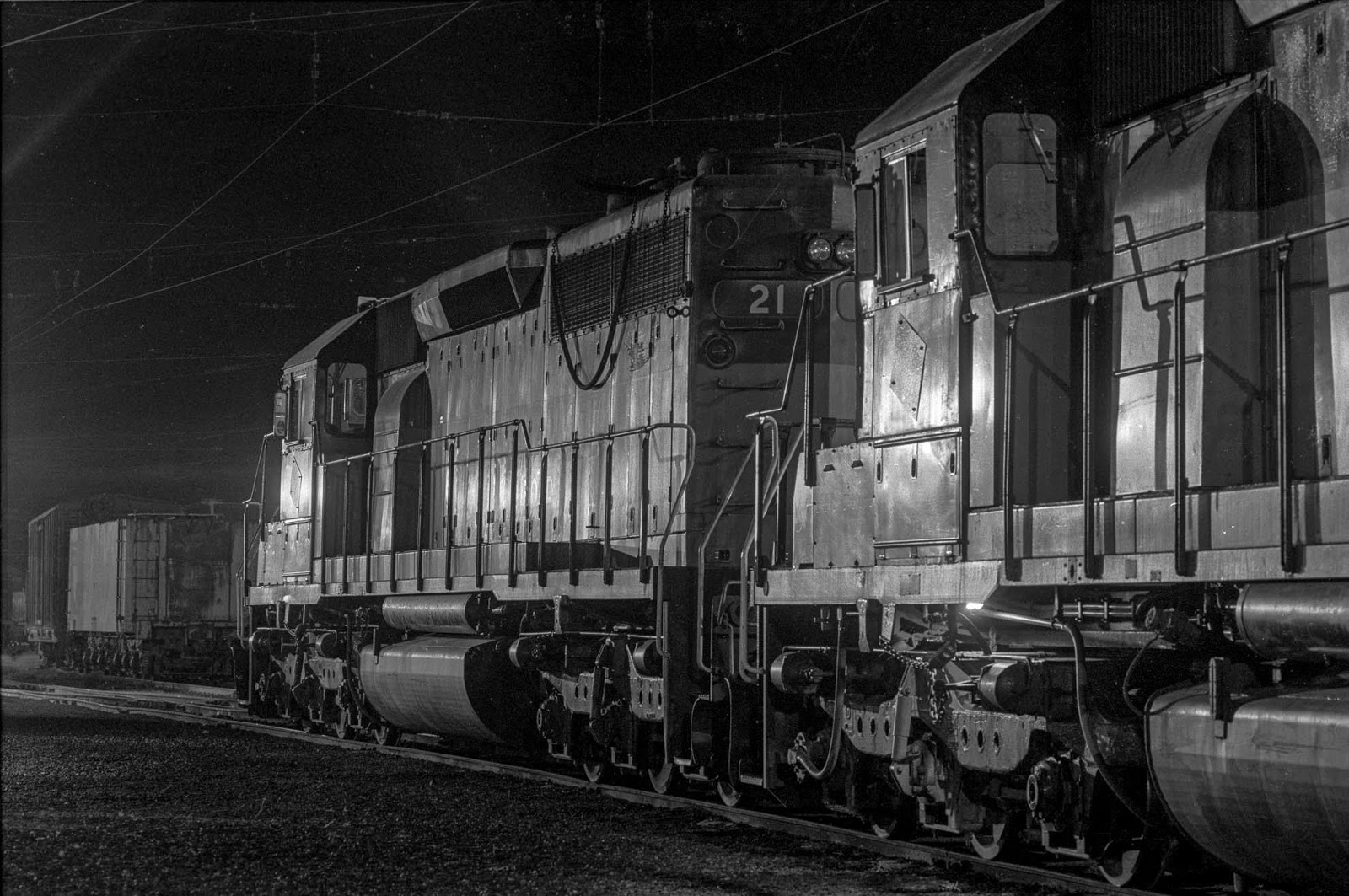