" Columbia Basin Railroad 2294 crosses Buehler Road near Frischknecht, Washington with a northbound freight for Warden on the afternoon of February 13, 2015. Moving dead in tow is CBRY 652, formerly of the MRL. It was delivered to CBRY by BNSF at Connell earlier in the afternoon." 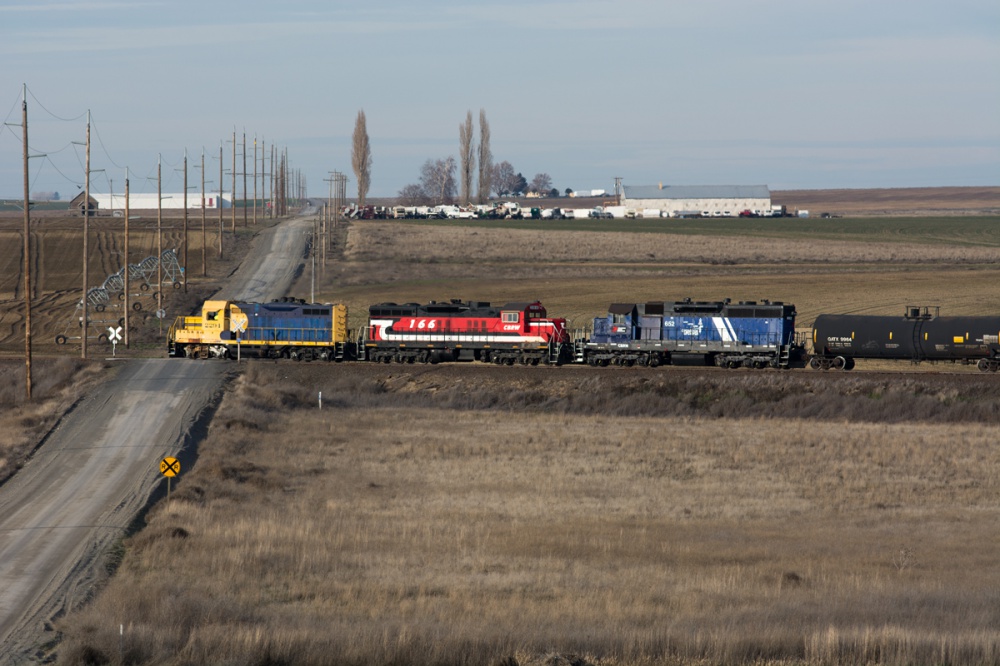