Lamona is situated in Sec 36 Twp 22 R 34, about 13 miles southwest of Harrington along the Great Northern Railroad, and 10 miles east of Odessa. The area originally was called "Parker Station" but when John Lamona built his store and established the post office about 1895, the town site was platted and named Lamona.  Lamona had two churches, Lutheran and Methodist, numerous businesses in the pioneer days and a nice schoolhouse. In addition to the public school the Lutheran minister also taught the German children in a separate school. 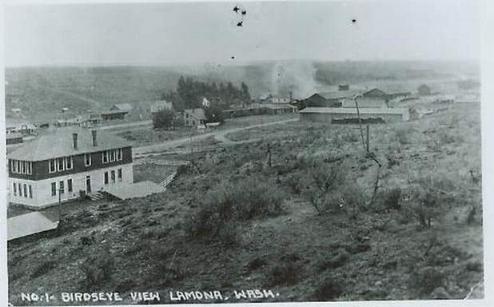