The Names Behind Eleanor And Dennys

Part of the exploration of the origin of the name Eleanor Station also involved the origin of the name Denny Station. The parcel where the elevators was part of a homestead by William H. Denney. The picture of his family is below. He died in 1922 and is buried at Peach, WA which was moved due to the rising waters of Lake Roosevelt in 1939. She died in 1897. Their daughter Lydia married Oliver Bartholomew and they parented Belle Bartholomew McLain. According to Carol Wilson Brommer, there was a stage coach stop there. Somewhere along the line, the name was changed from Denney to Denny.

The younger boys in front include Emery. This was a common name. Otto Mahrt took a photograph of Emery's Restaurant that could have been in Reardan (perhaps in the Community Hall, next door or on the NE corner of Lake and Broadway). Anyone have any clues?

John Denney also had a homestead on Hanning Butte. He is presumed to be William's brother.  By 1900 he had moved to Lewiston Orchards to farm there.

12. Mrs. M. Moriarty [May b. 1867, he was mayor of Reardan, President of Reardan Exchange Bank, and Washington Grain and Milling Co, and Vice President of the Chamokane Lumber Co. This picture was close to the time of his death.]

13. Mrs. Chris Finrow [must be Christian, Annie Larson b. 1865 d. 1928. she is the party host. Her husband was the bookkeeper of the Finrow general store located where the Ranch House/Red Rooster/Highway Cafe is now] 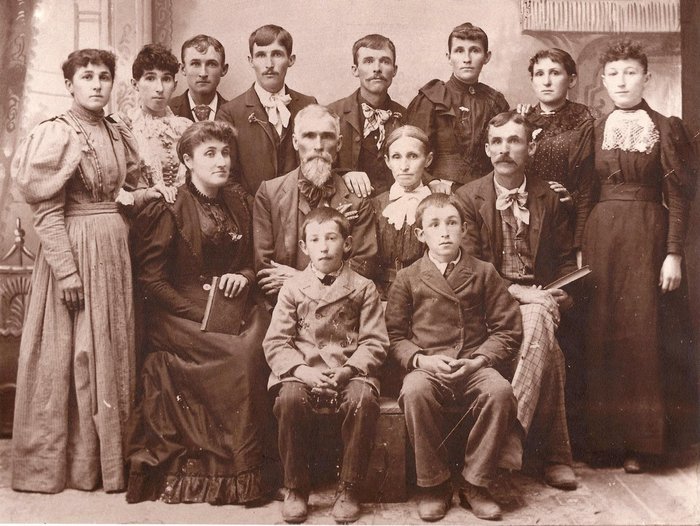 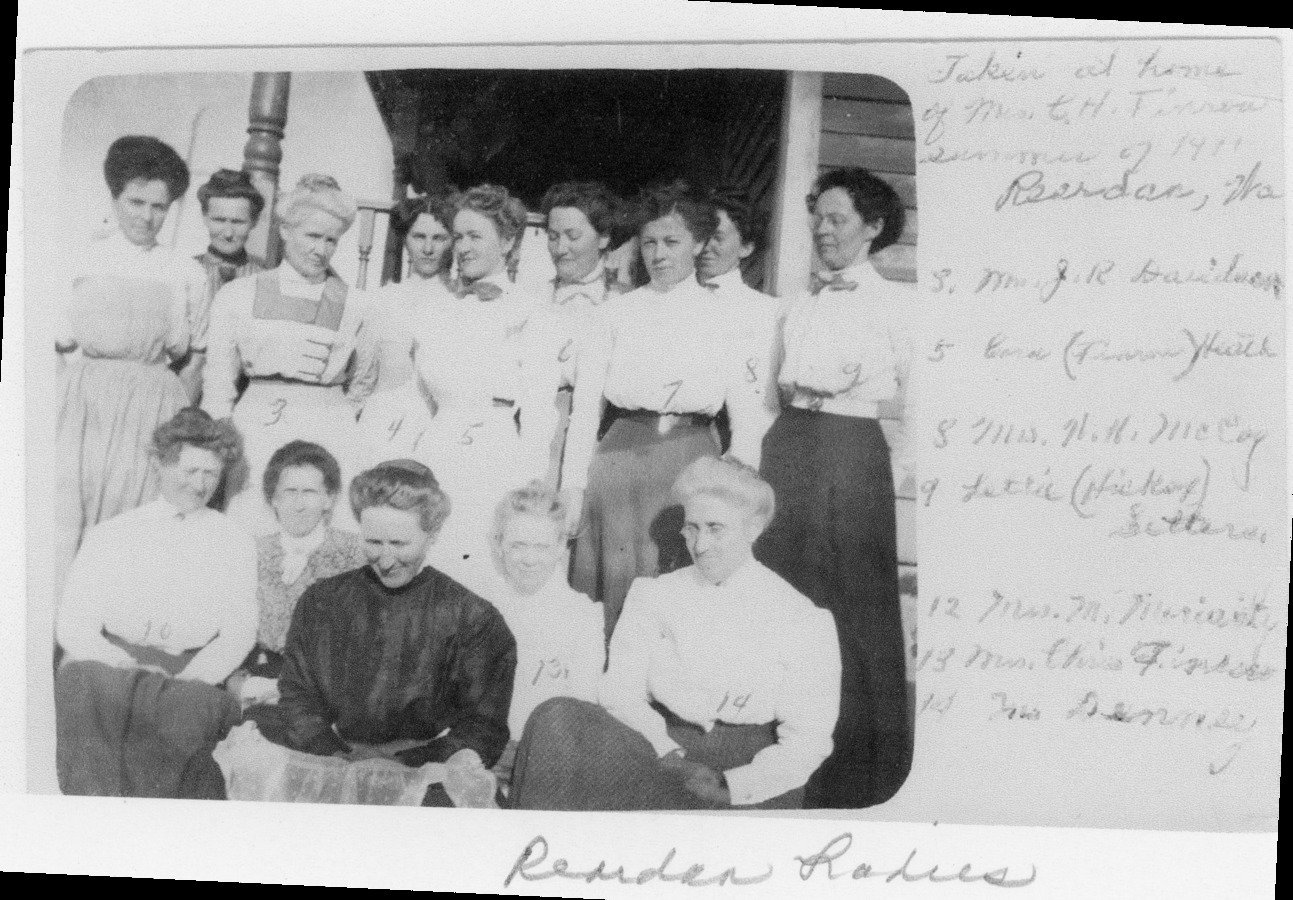 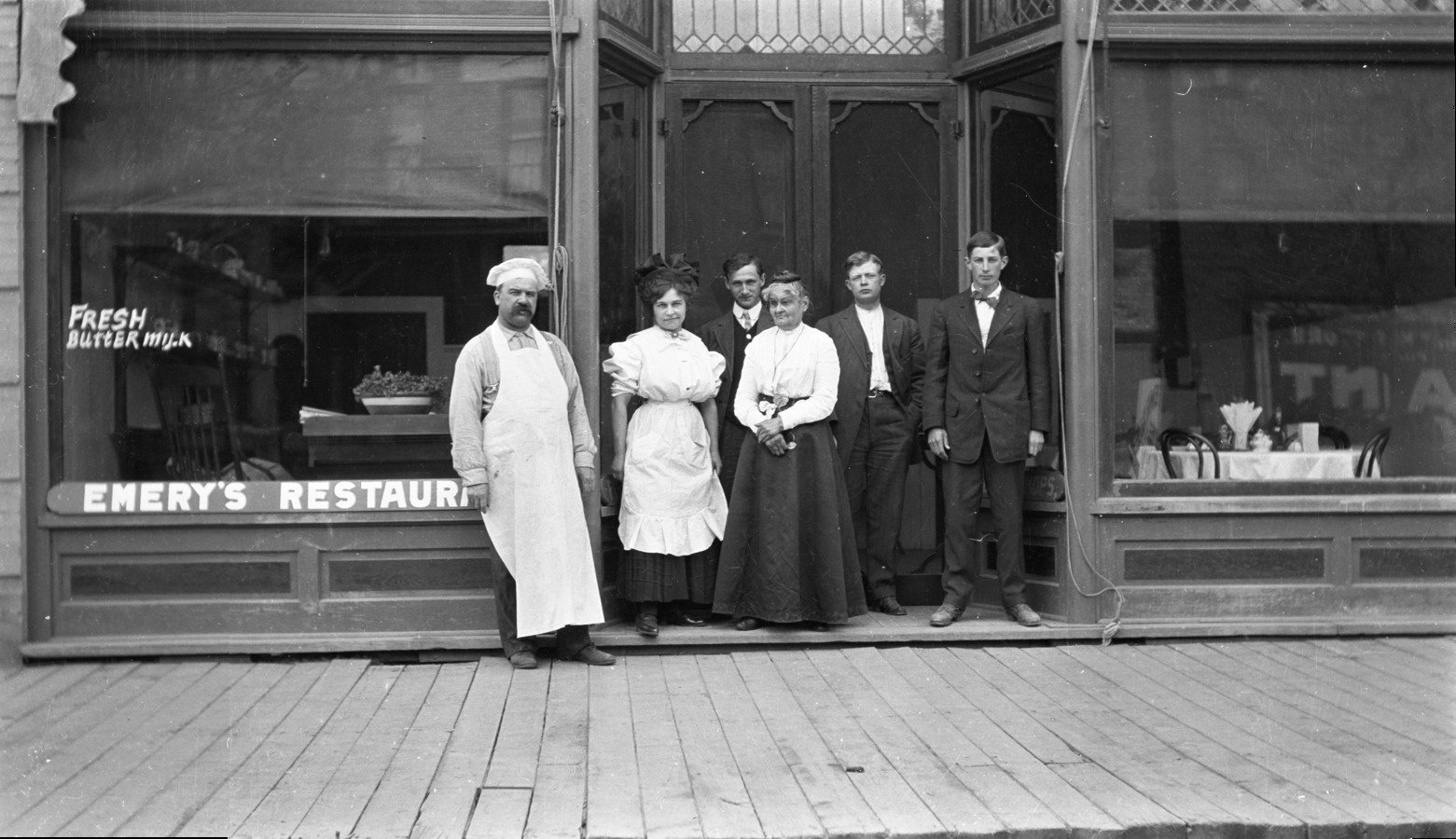