The substation is located near Vernita on the Columbia River Northwest of Richland. Due to the substation being in the middle of a desolate area, the Bonneville Power Administration (BPA) erected a small community adjacent to the substation for construction workers, substation operators, and maintenance personnel. It was complete with family housing, a dorm for single workers, a fire station, post office, and a school. The first housing was completed in 1942 with an additional 13 residences added later. Trees, flowers, and other landscaping was added as well. The substation also provided power to the Hanford site for the top secret Manhattan project.

Due to automation of the substation in the late 1980's, there was no longer a need to house workers on site. The small community was removed and the landscape was returned to a desert environment.

"I discovered this region in 1982 as a boy. I began researching it's history & prehistory in 1991. This is an excellent photo and shows many things. It says,"Jan.1945,(shadow of Umtanum Ridge confirms winter, also indicates mid-day with no clouds to the south). Western aspect, high quality film, 200 ASA or higher,(military) from an airplane 1500'-2000',(military). The photo isn't classified or it's security classification has been cut away.

"The debris pile, lower right is from const. of Midway as well as material from removal of Mr. Terrell's Juniper Springs Ranch. It's outta frame left,( the only structure not razed was a small concrete/cobble stone building, likely the blacksmith shop?) This is where many Pioneers retreated to during the largest flood on record in June, 1894.

"In 2017 I made a "Historical Location Sign" an placed it there at the Vernita townsite. The rail line was completed here in 1914. Fruit here in the Upper Priest Rapids Valley ripened 7-10 days before any other locations in the Pac. N.W. That combination made the fruit harvest here the most profitable. West is the New York Ranch,, a large orchard. The Paris Ranch was down and across the Columbia at R.M. 386.5.

"The 8' elk fence, orchard, and everything west is owned by S. Martinez Livestock Inc. LLC (may well be a "Century Farm"?) If memory serves it began with Simon Martinez and one band of sheep in the 1920s? Today the Martinez Family is one of the most highly respected ranching/farming operations in the Pac. N.W. They're award winning stewards of the land, leading by example, and following the "Golden Rule". We'd be a much better nation if our govt. would follow suit." 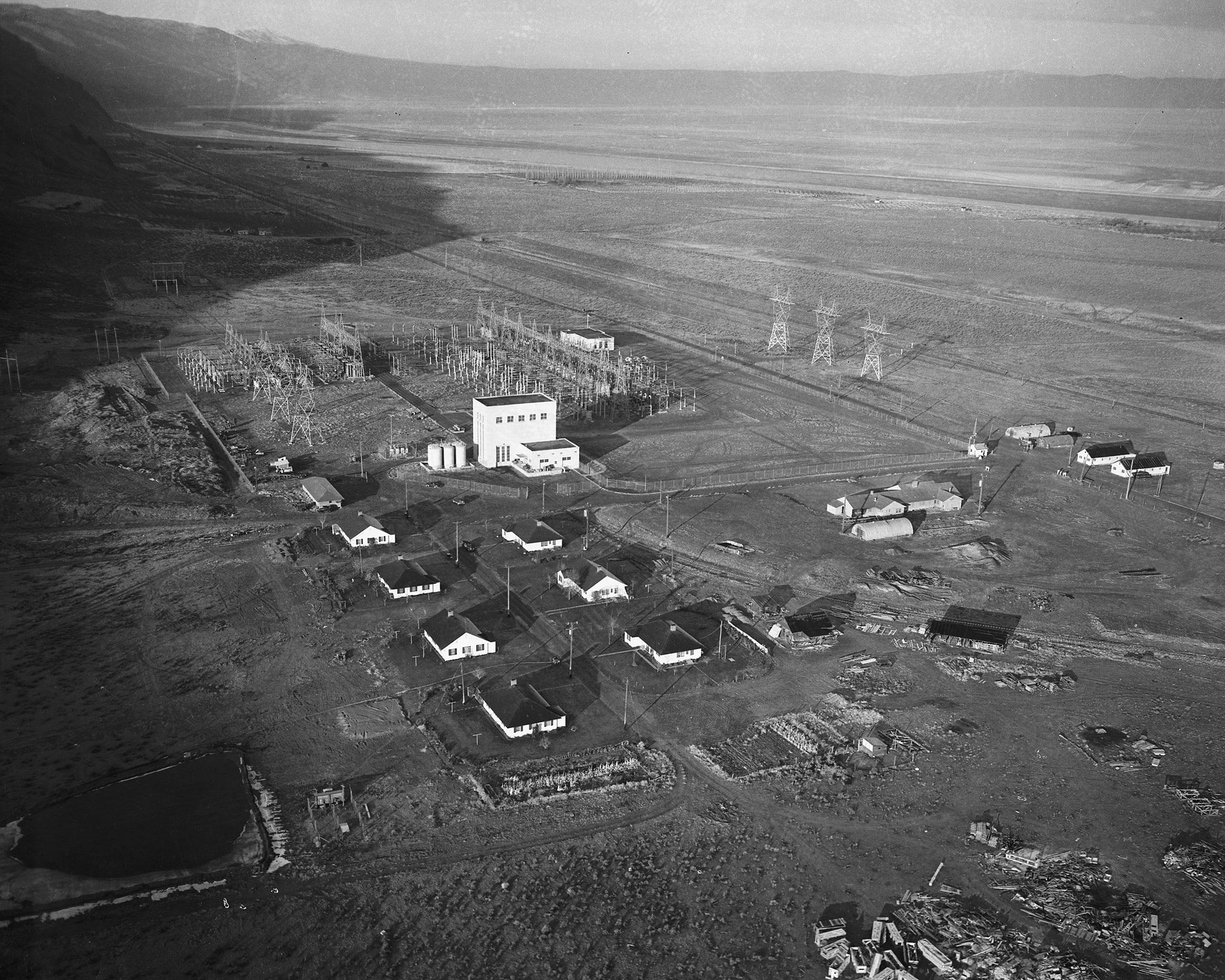