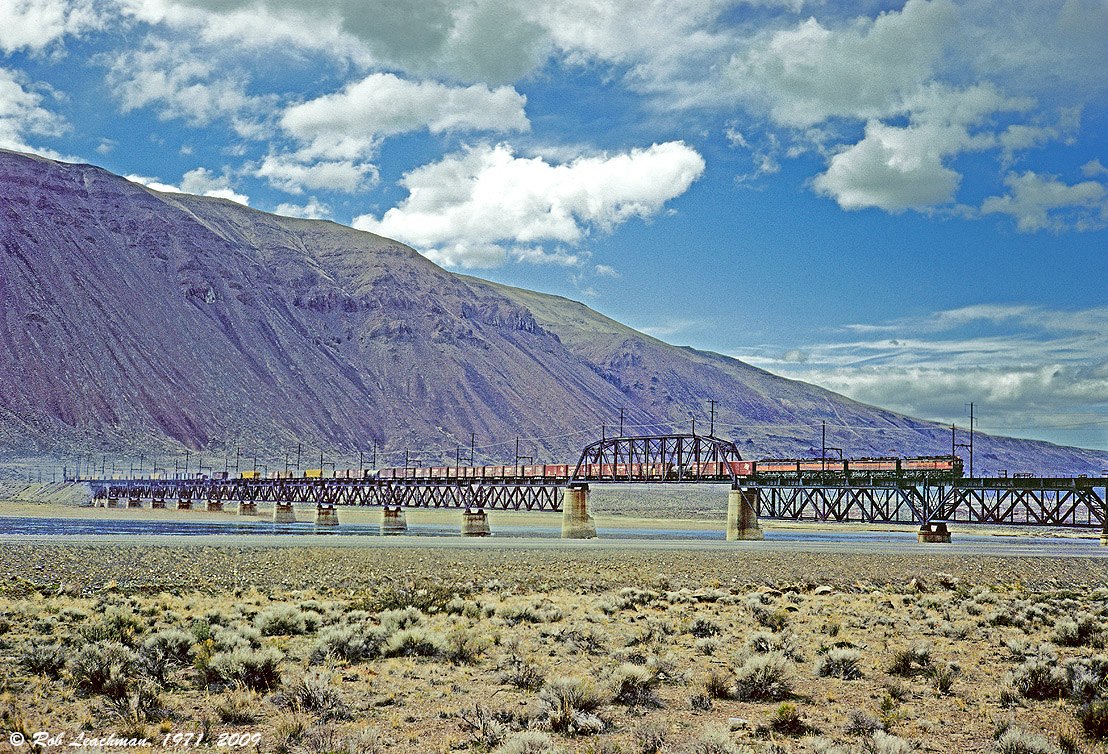 Rob says: "The light was pretty diffuse as the Box Motors brought the Dead Freight East across the Beverly Bridge. But hey, I’ll take it! Most of the visible portion of the train was grain empties, a mix of box cars equipped with grain doors and covered hoppers." 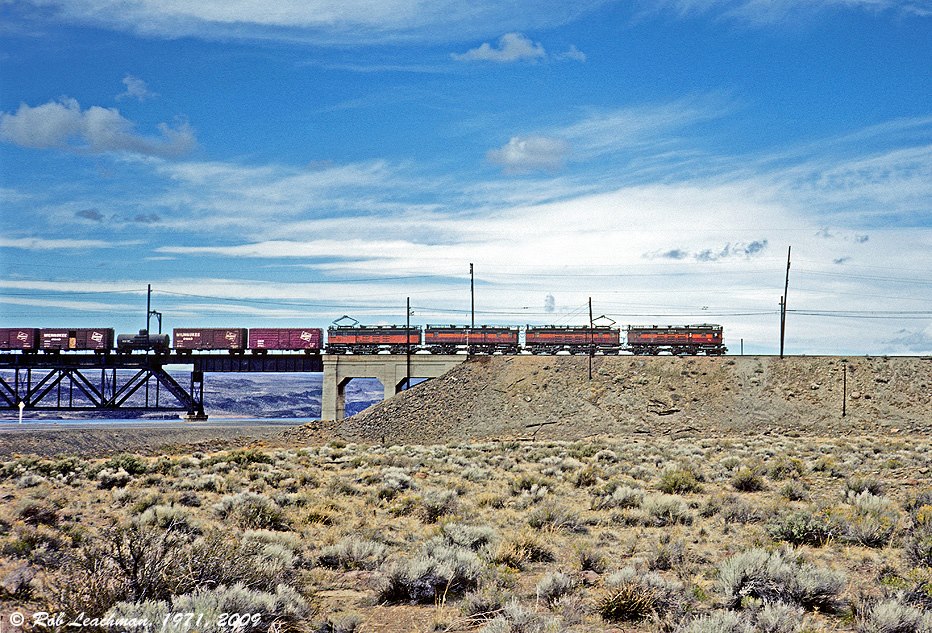 "I then got this nifty broadside view of the Box Motors coming off the bridge. Pans on the second and fourth units were up; there was no pan at all on the third unit! Note the open space between the bodies and the frames right above the pony trucks. Except there’s no open space on the third unit, which sits at a strange forward-leaning cant on its frame. Broken spring? These motors were more than 50 years old and still in main-line service. Wow!" 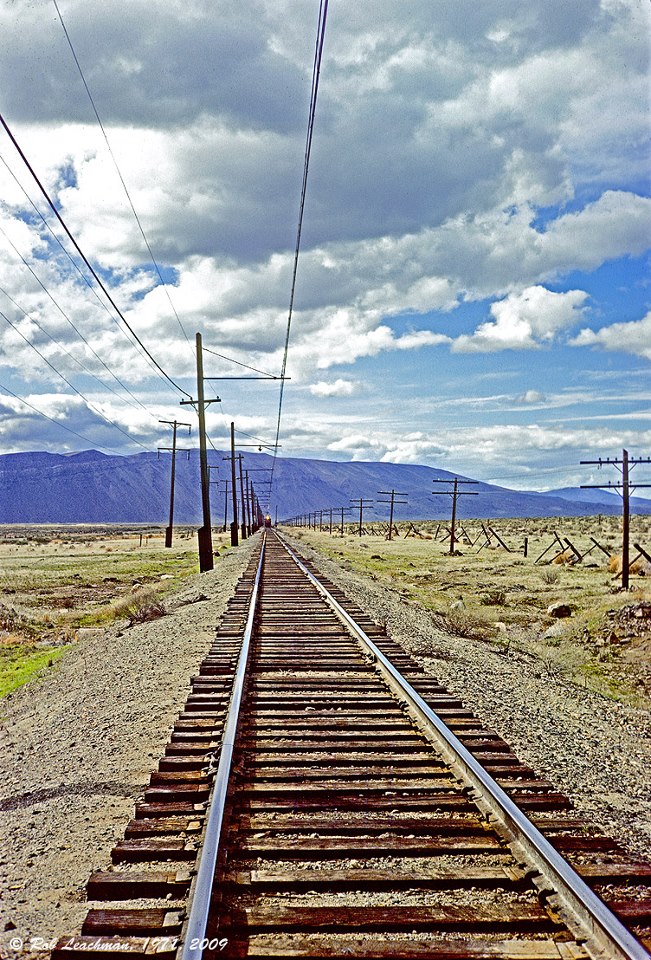 "I title this shot: The Finest Dirt Track Railroad in the World. Not much ballast here! I set up in the “desert” a mile or two east of Beverly and awaited the approach of the Dead Freight East. There was something marvelous about an all-electric train. From a distance, no motive power noise at all, just the sound of the train rolling along as it gradually loomed closer." 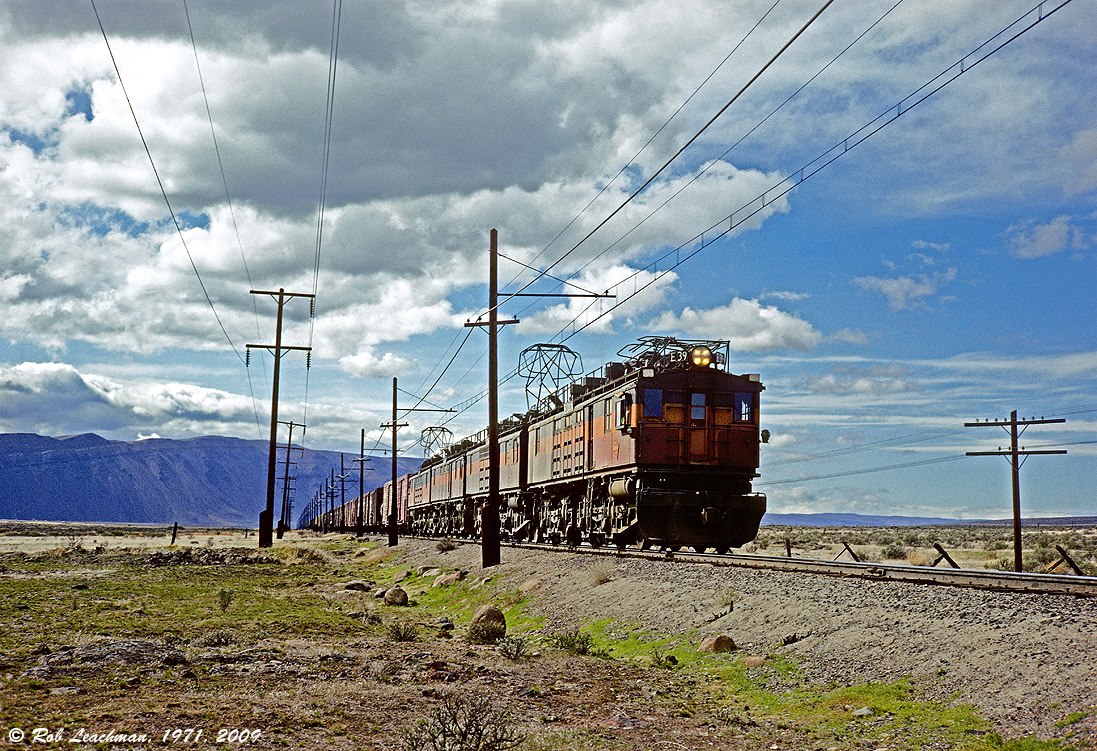 "The sun broke through the puffy spring clouds to illuminate this classic three-quarters view of the Box Motors rolling the Dead Freight East, the shadowed Saddle Mountains in the distance, and transmission line, trolley poles, and boxcars trailing off to infinity. My favorite Coast Division shot!" 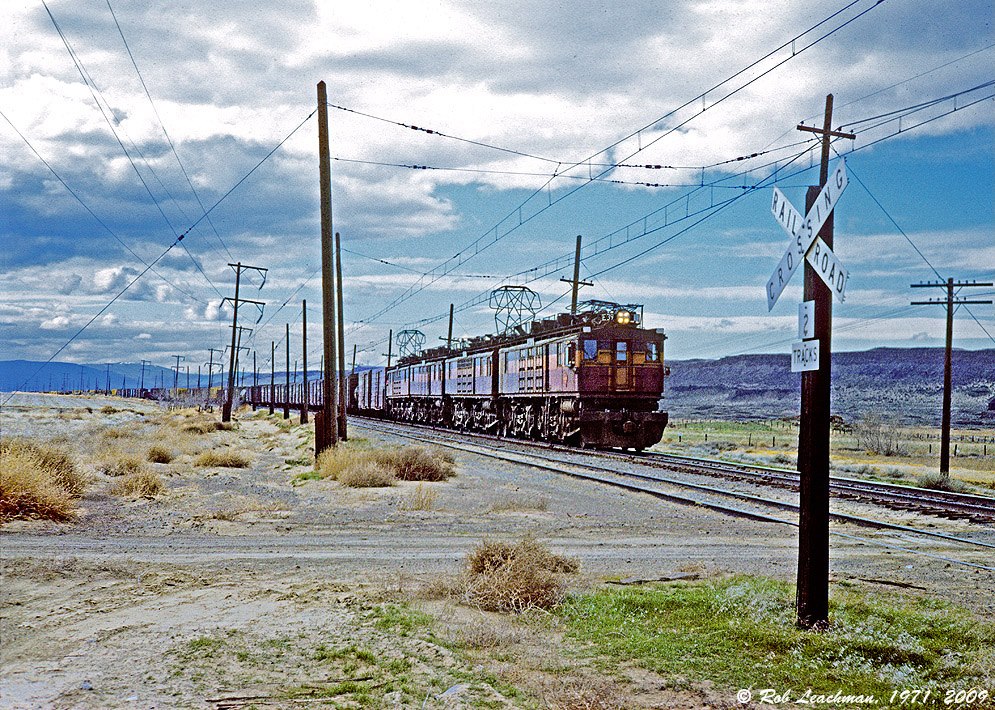 "I ran back to the car and drove ahead to the grade crossing at Smyrna. The light had become diffuse again." 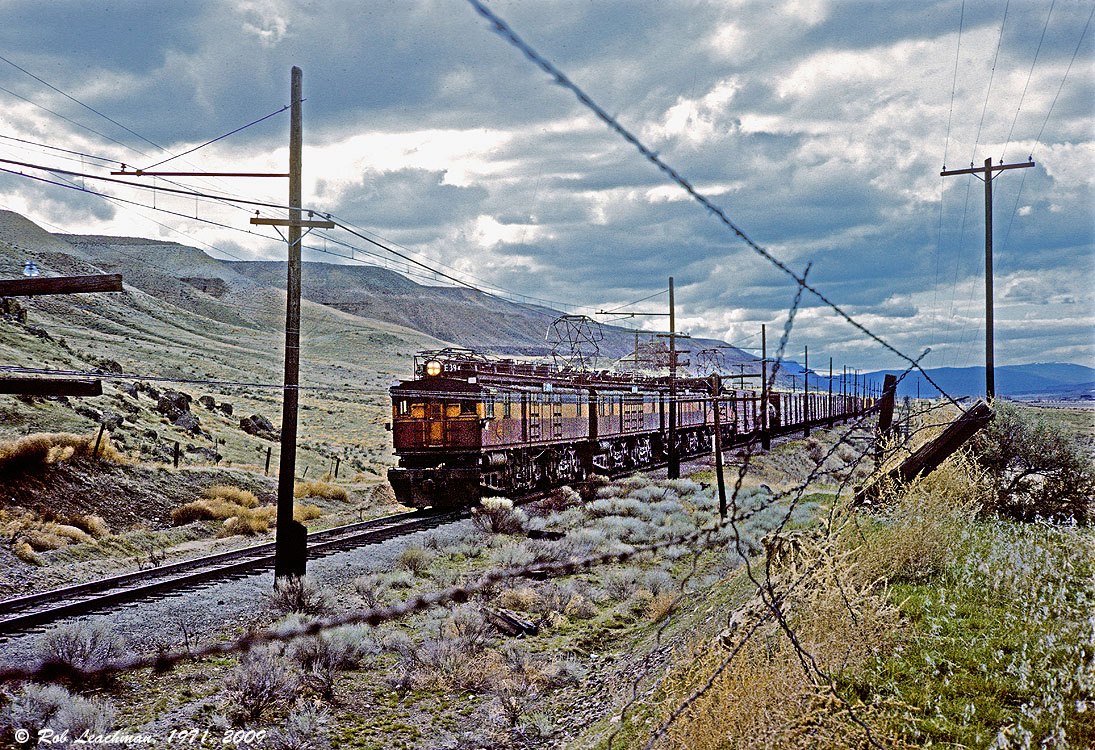 "Next I got this view through the barbed wire of the Dead Freight East starting the gradual climb along the Smyrna Cliffs." 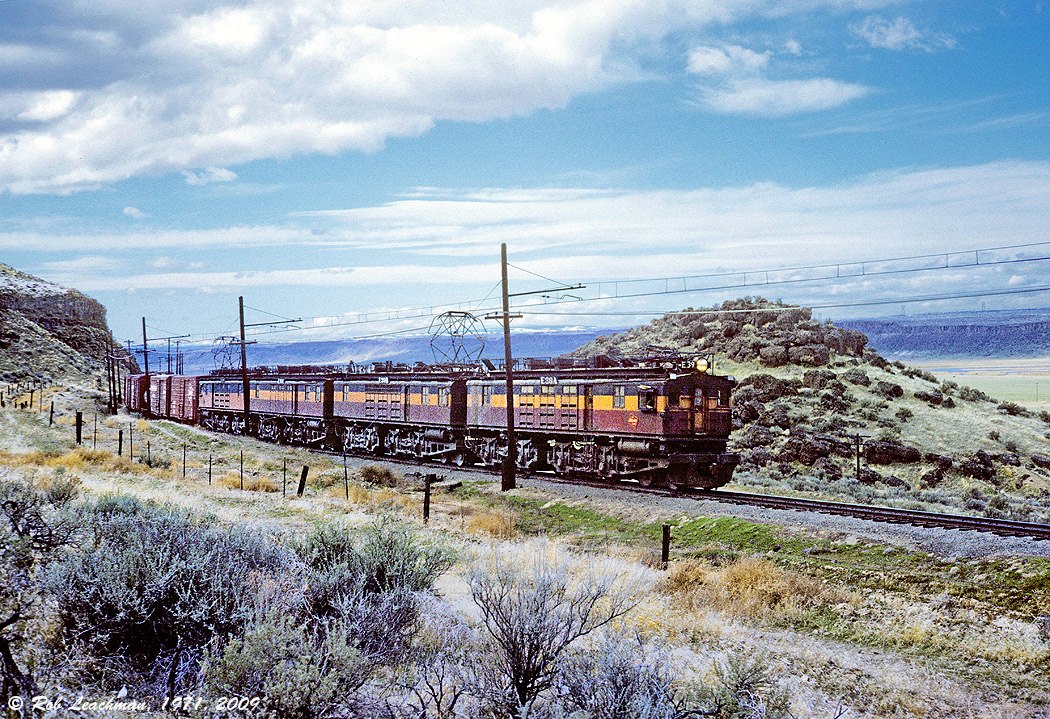 "As the Box Motors approached Royal City Jct., the sun was coming back out. Snow still lined the distant hilltops in late March." 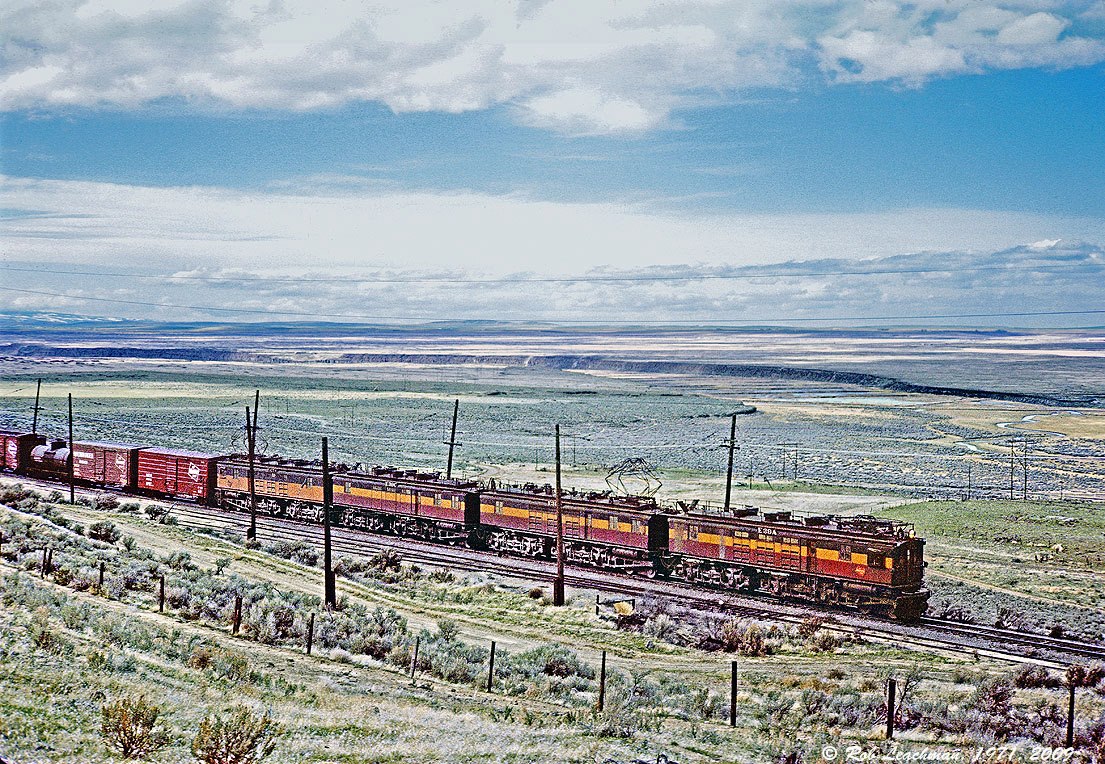 "Next I got this overview of the Box Motors at Corfu siding with the Crab Creek Valley and the Columbia Basin in the background." 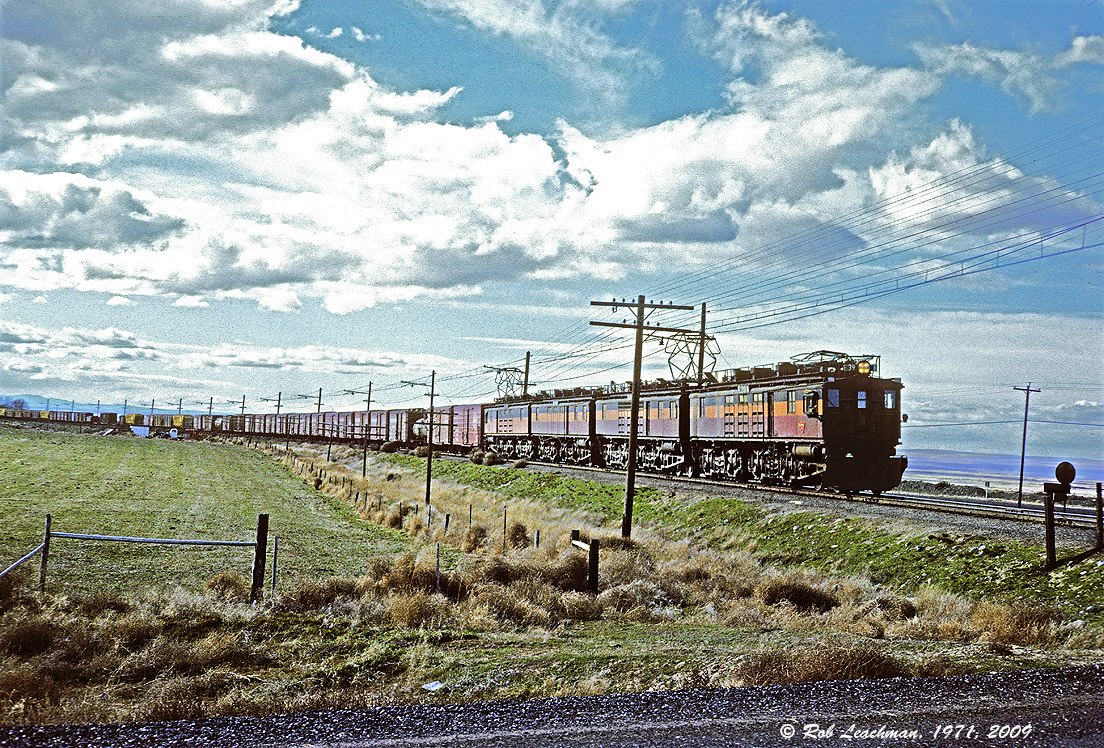 "The Box Motors were humming as they wheeled the Dead Freight East upgrade at track speed on the approach to Othello. The engineer was laying on the E39’s straight goose horn to clear the crossings." 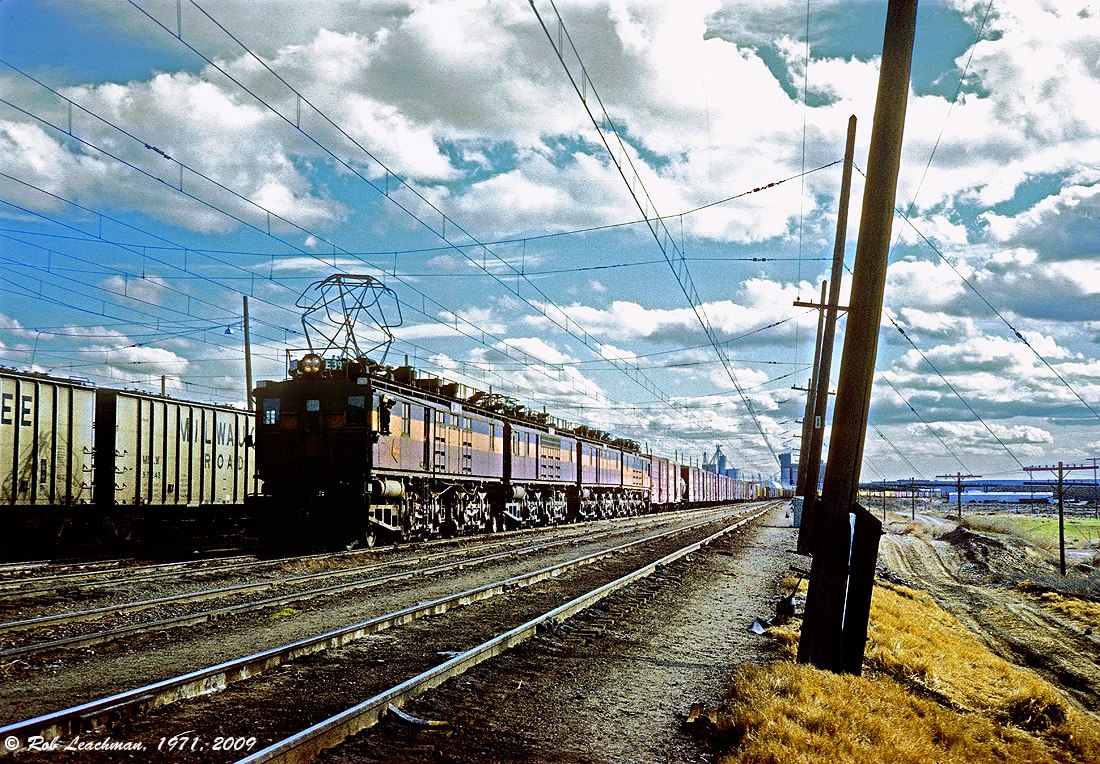 "The Dead Freight East pulls in on Yard Two at Othello. Rear pans have been dropped and now only the lead pan is up to facilitate negotiating the switches in Othello Yard. The head brakeman had been inspecting his long train but he turned around to eye me just as I squeezed the shutter." 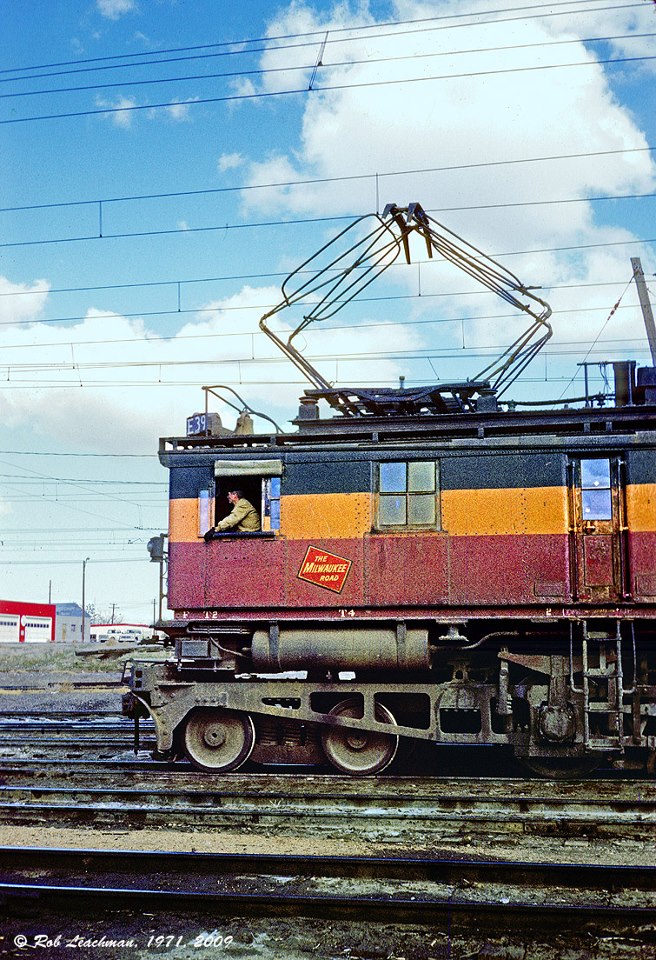 "Profile view of E39A and the head brakeman." 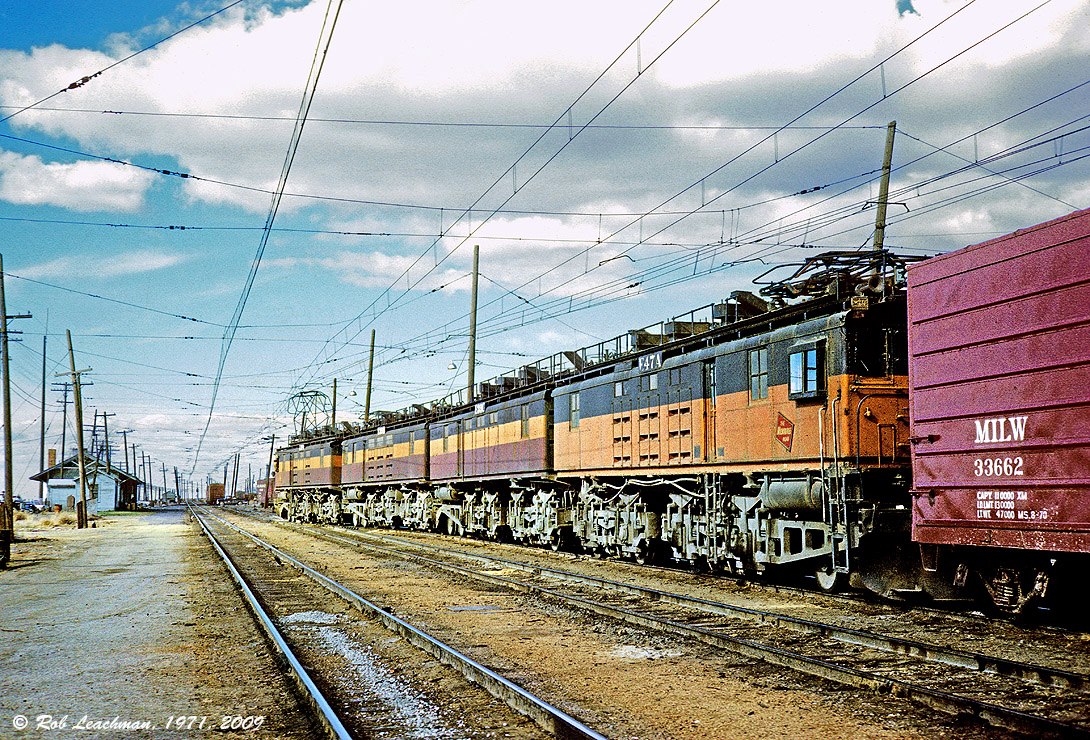 "The Box Motors grind to a halt just shy of the Othello Depot. Moments later, they were uncoupled from the train. This marked the end of a great chase, whereupon I faced a long drive back to Portland. I didn’t mind a bit. What I did mind: How could I go out and railfan diesel-powered trains after shooting this?"