1947 view of the first train over the bridge, near Bacon, which was needed for the recently constructed main canal. 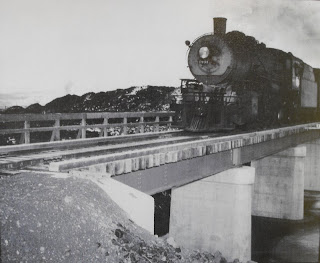 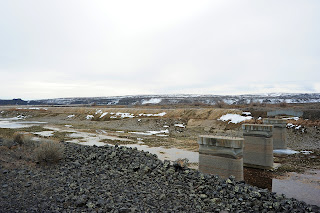 Bridge was removed in the 1979 scrapping of the line between Odair and Adrian.
Note in the 1947 view there is a pile of rock to the left of the train. This is from carving out the canal out of the basalt and has since been flattened out.
﻿
Posted by SDP45 at 7:00 AM

Nice. Do you have any pics of the machinery they used to dig out the canal?

Nope. I've seen them online though.