Construction of the Milwaukee Road Bridge at Beverly, WA in 1908

Before my mother passed away she gave me ten photos taken in 1908 during the construction of the Milwaukee Road's railroad bridge across the Columbia River at Beverly, Washington.  She said her father (my grandfather), James H. Wilson, had worked at the construction site with his drilling rig.  She believed he was in several of the photos.  I stuck the photos away in a box and just came across them recently. The envelope containing the photos has "Pictures of Pop's drill on the Columbia River" written on it.

All of the photos are very faded.  I have used Photoshop to restore them as best I can.

My grandfather would have been 42 years old in 1908.  He and his family probably lived in Ritzville, WA at the time since my mother was born there in 1907.  My grandfather died in 1959 when I was 21 years old. 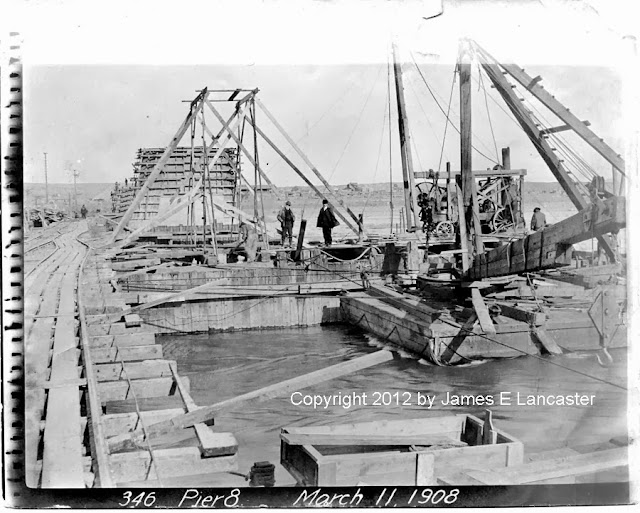 The man on the right looks very much like my grandfather. The machine on the right behind the floating crane looks like a steam-powered drilling rig or pile driver.  It may have been his rig since well drilling was his profession. 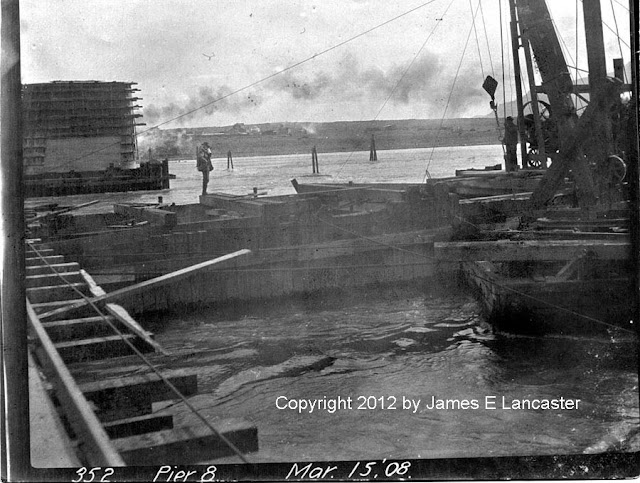 The man on the right in the hat may be my grandfather. 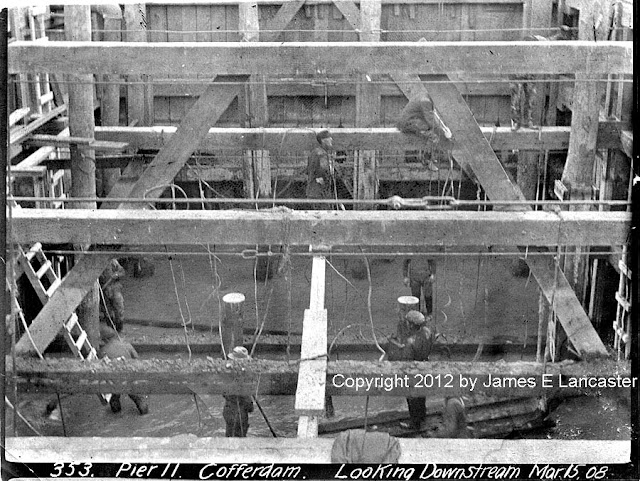 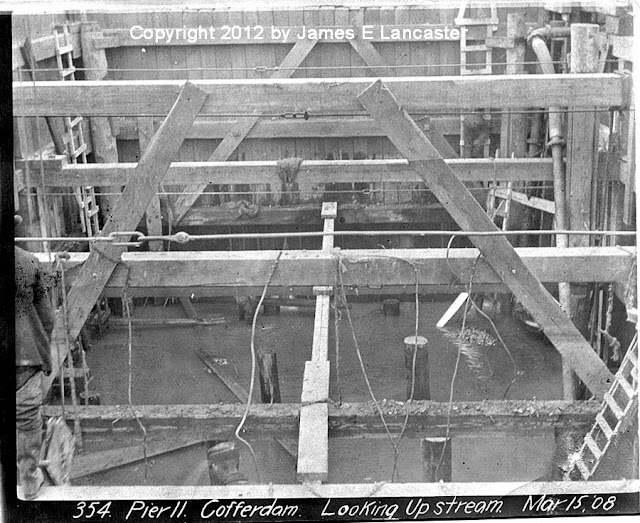 The man standing with his back to the camera could be my grandfather. He is dressed the way my grandfather dressed when I would see him 40 years later. 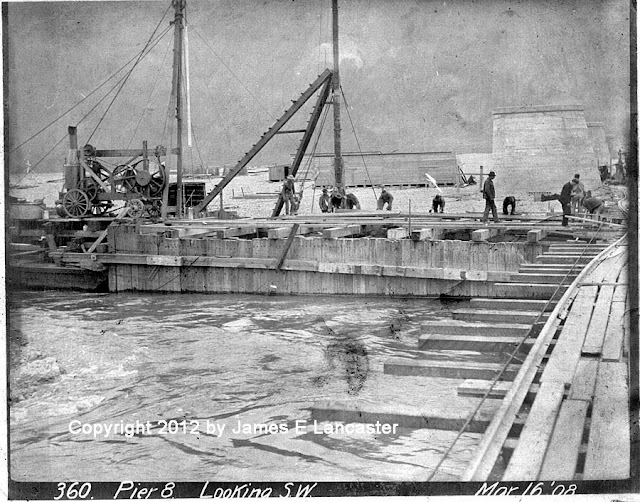 The steam-powered drilling rig or pile driver visible on the right in Photo 346 is now on the left. 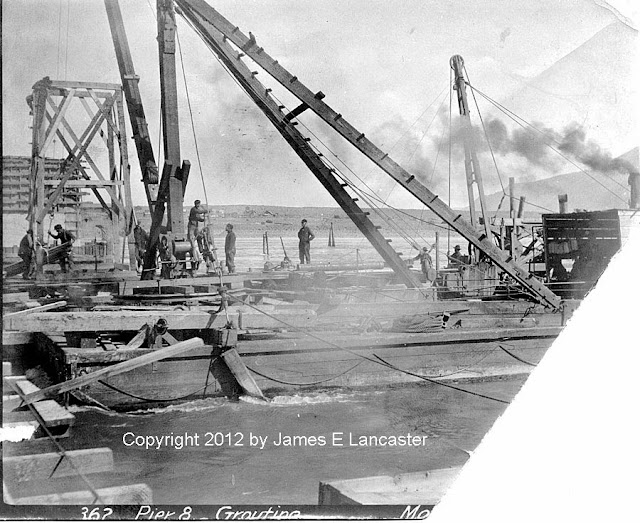 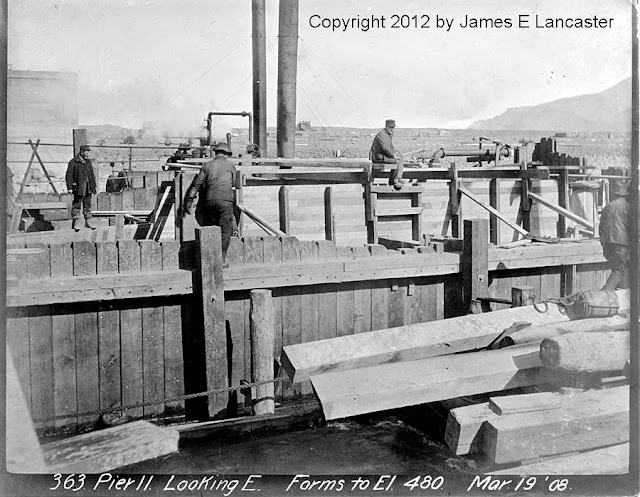 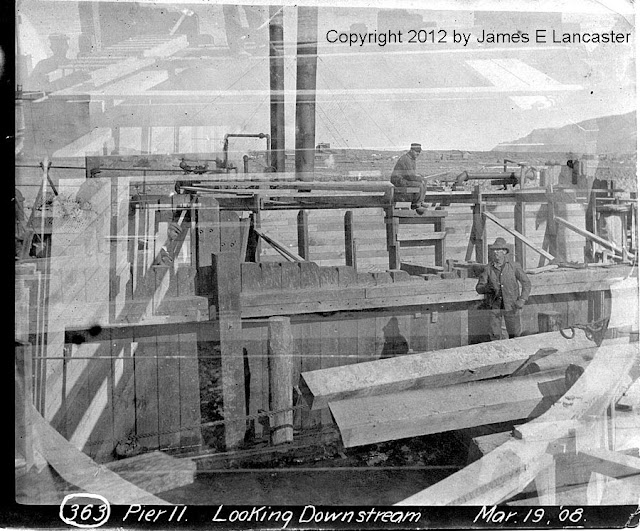 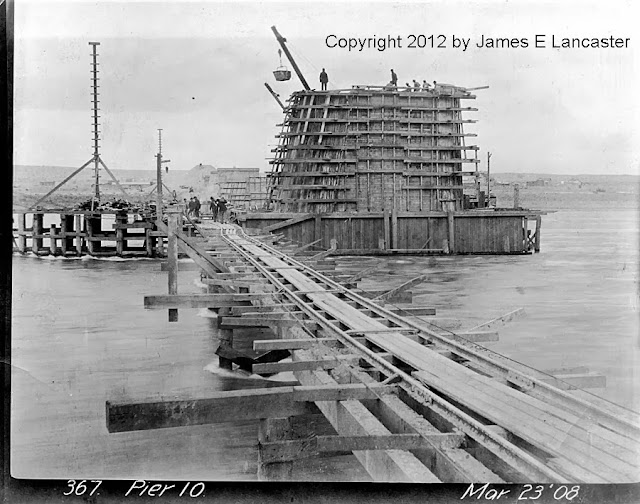