The Grant County Historical Museum in Ephrata had an amazing amount of exhibits stuffed away in a big building adjacent to the highway department. One of these items was a model of the Grand Coulee Dam site, that had a lift-away section showing what progress would look like after a period of time. This section also showed how the highway and the railroad would share part of the same grade. 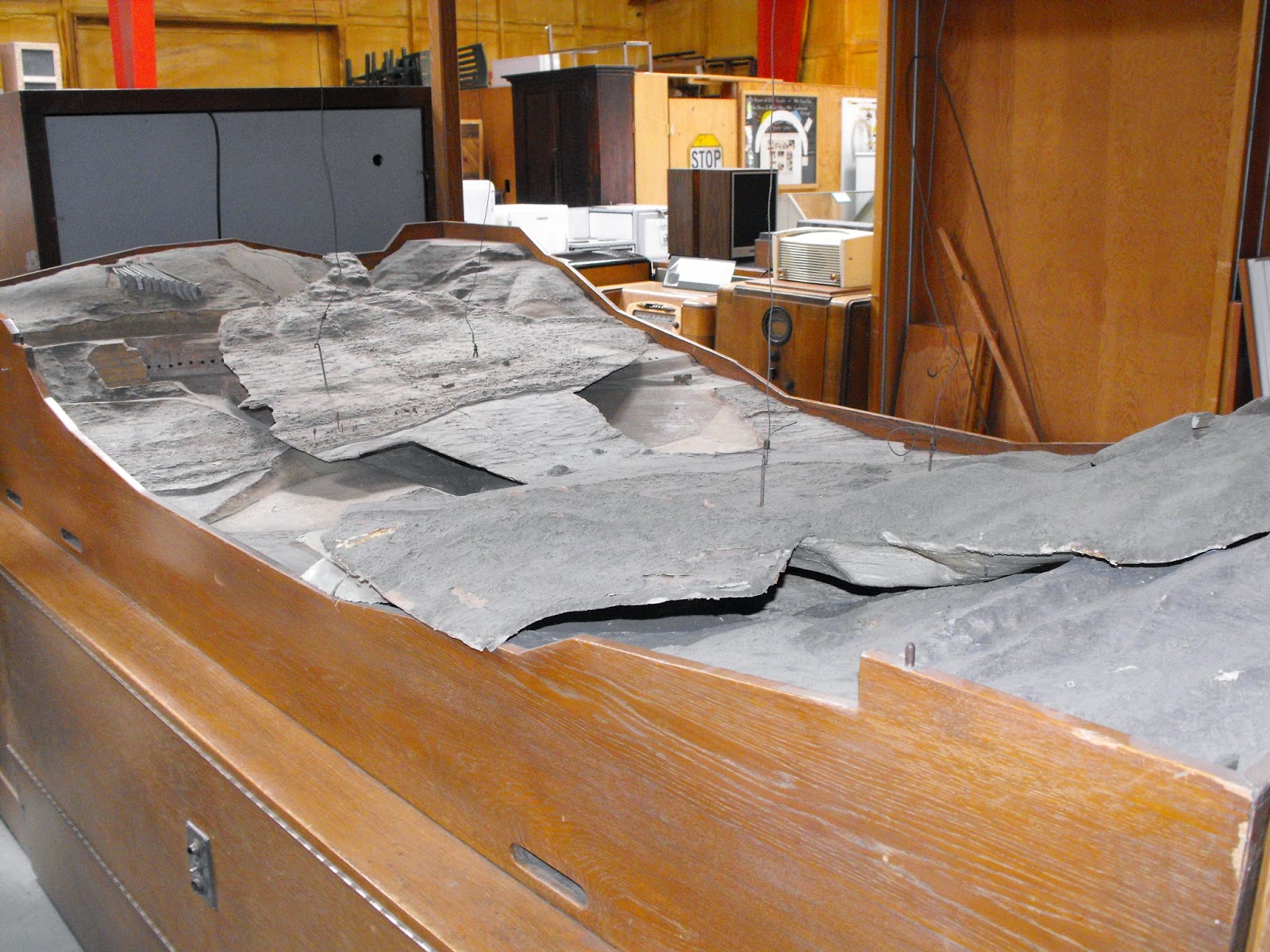 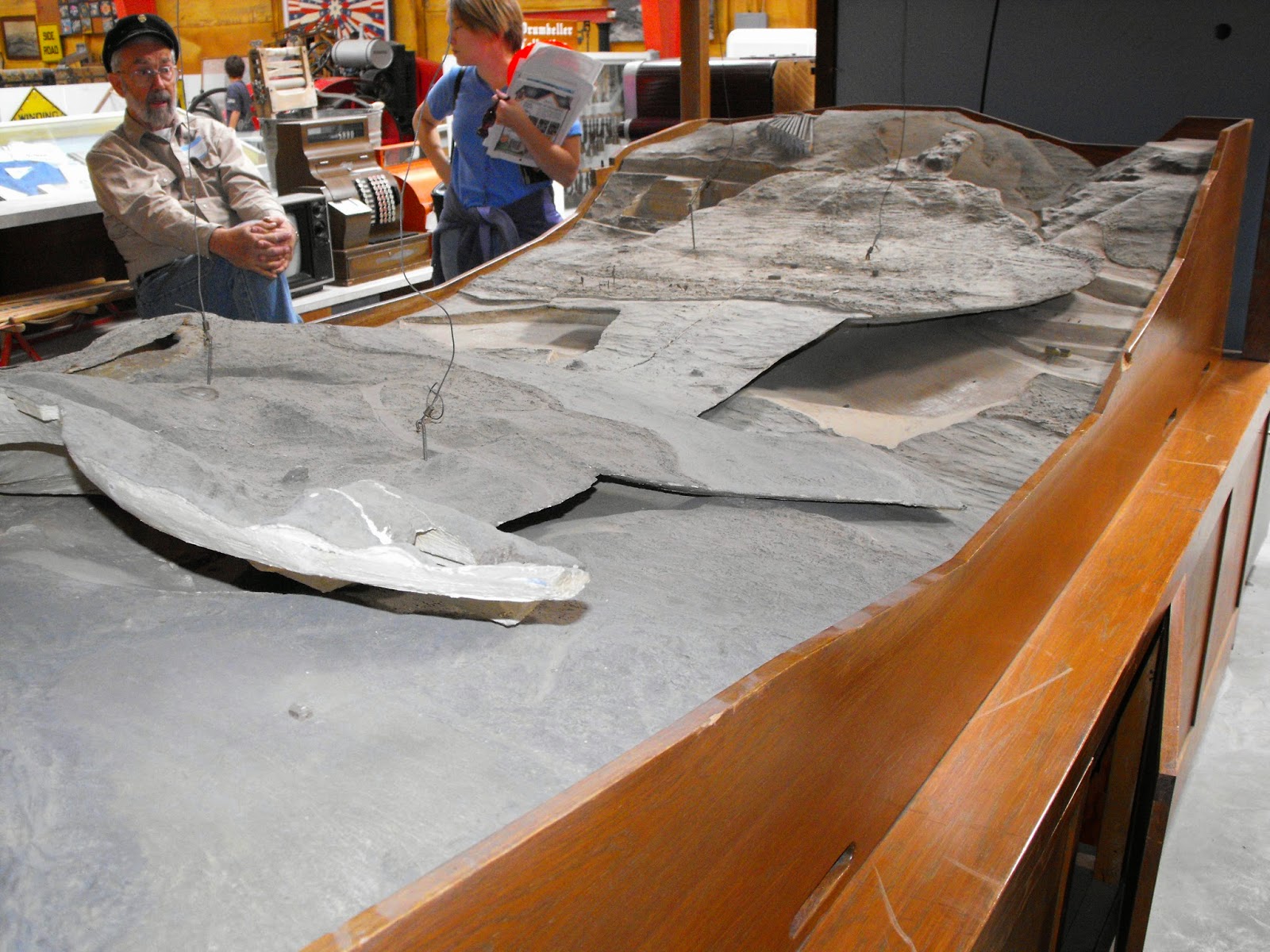 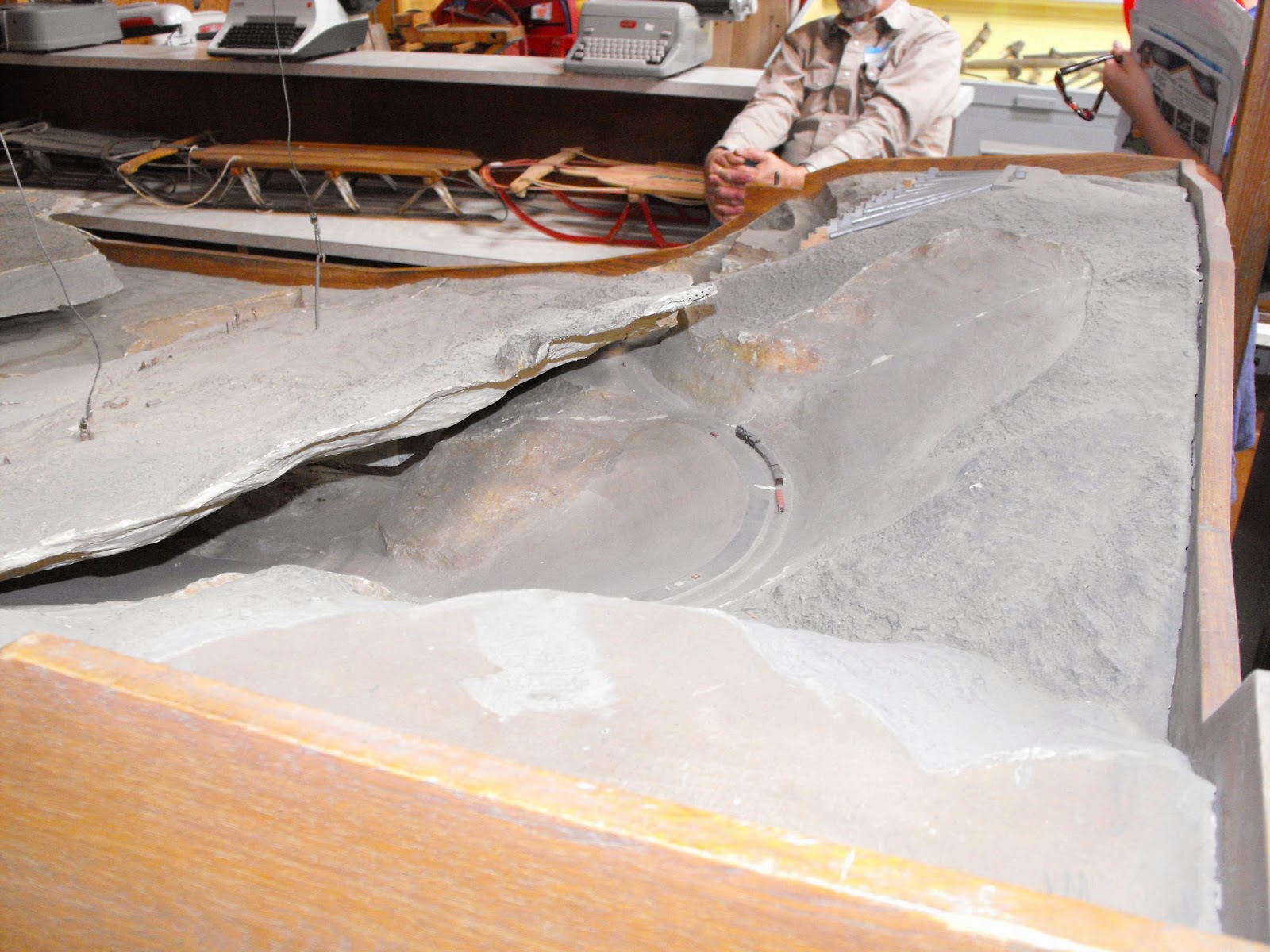 The building, and all the exhibits inside, burned in an accidental fire back on August 8, 2009. Of note, the gentleman pictured in one of the photos, Blackie Moser, was the man injured in the news report below, when the fire engine he was attempting to start, backfired.

EPHRATA, Wash - A Friday afternoon fire destroyed a 120' x 25' building housing antique vehicles at the Grant County Historical Museum in Ephrata, which is operated by the Grant County government.

Fire units were dispatched at 3:10 to the museum, located at 742 Basin St NW, at the north end of Ephrata. The building was mostly engulfed in flames when fire units arrived. The building eventually collapsed. The loss was estimated at up to $1-million by the county's insurance agent.

The building housed two antique fire engines, a 1950's public utility lineman's truck, and a few other antique vehicles. The archived museum records and photographs were not affected, because they are stored in another building on the museum campus.
Fire units from the City of Ephrata, and Grant County Fire Districts 13 (rural Ephrata), 7 (Lakeview), and 3 (Quincy) battled the fire for nearly two hours before bringing it under control.

Firefighters kept the fire from spreading to the adjacent Washington Department of Transportation region office, which sustained heat damage, and to nearby wood-framed museum buildings, which are constructed to replicate early 1900s stores and mercantiles.

One person, a museum volunteer who was inside the building when the fire started, sustained minor burns to his arm. He was treated and released from a local hospital.

The cause of the fire is under investigation by the Ephrata Fire Department. However, there is no indication of any malfeasance.
Posted by SDP45 at 7:00 AM