I took our family out for a hike a few years ago along the coulee west of Coulee City to find the grade of the old SLS&E. Note that this was before the area fell under the development of Pilot Rock Estates.

There are 2 railroad grades west of Coulee City. The more complete one was built by the Central Washington Railroad. We were walking on the other one, the one generally crossing the below image from lower left to upper right.

The big horseshoe curve on the lower left was part of the Central Washington, and now has a resident living nearby. 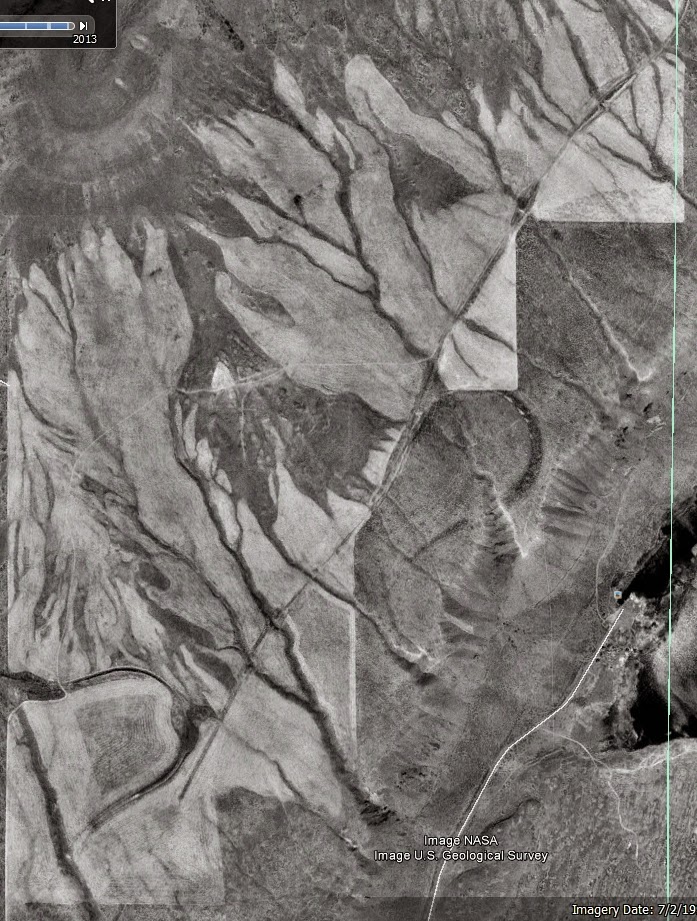 We had parked at that curve and started walking generally north. 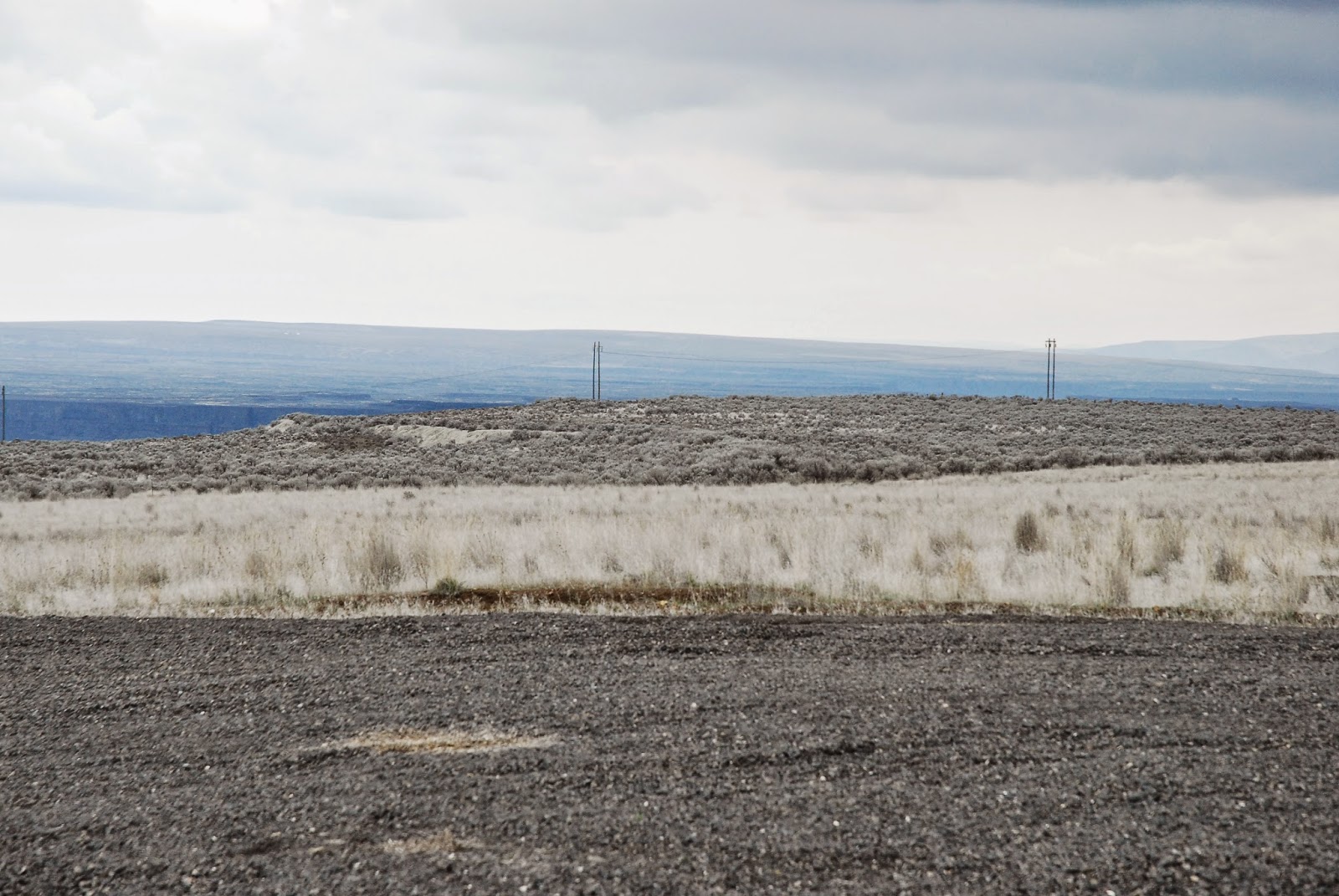 Looking generally south from near the horseshoe curve. 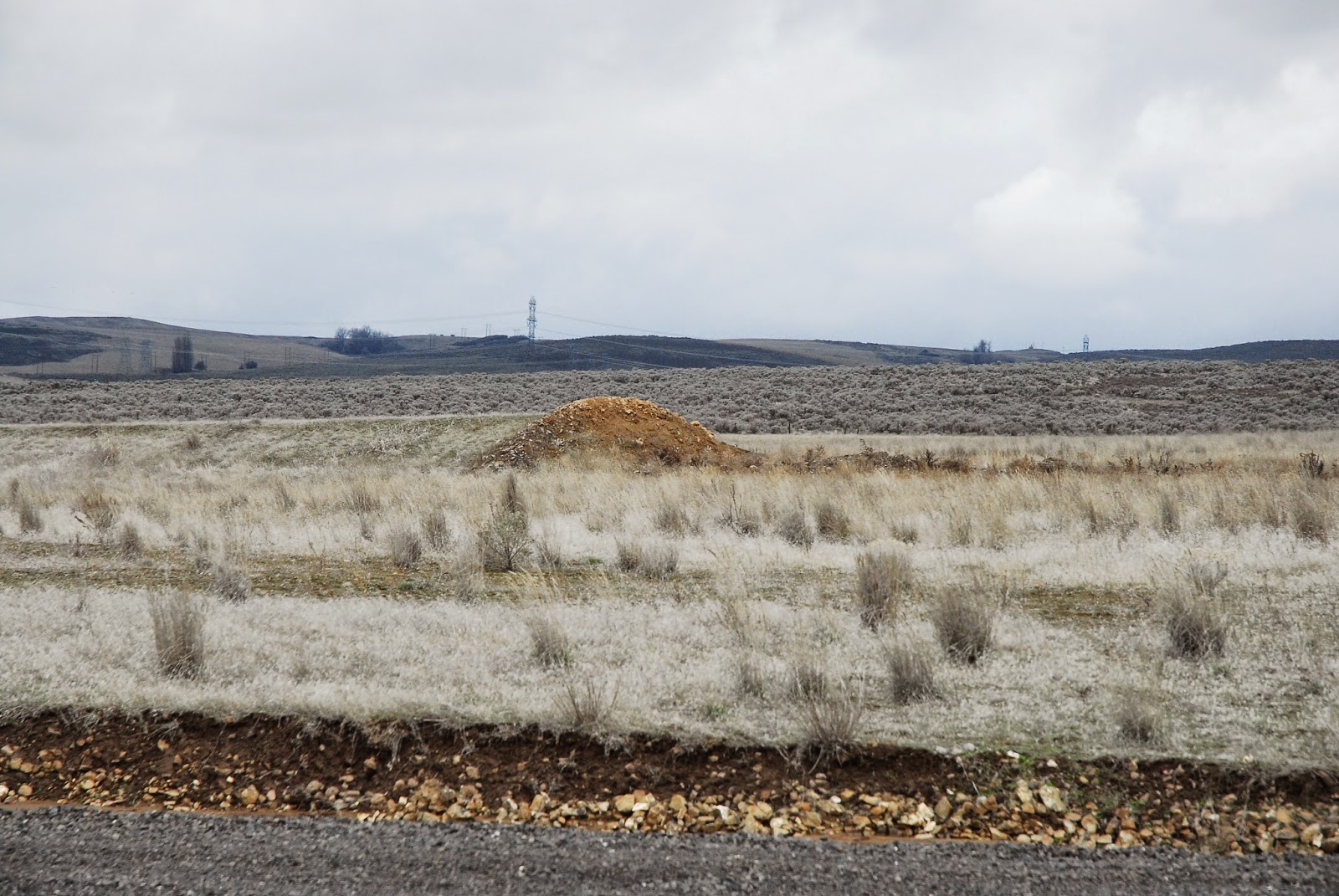 Part of the CW grade having been bulldozed away. 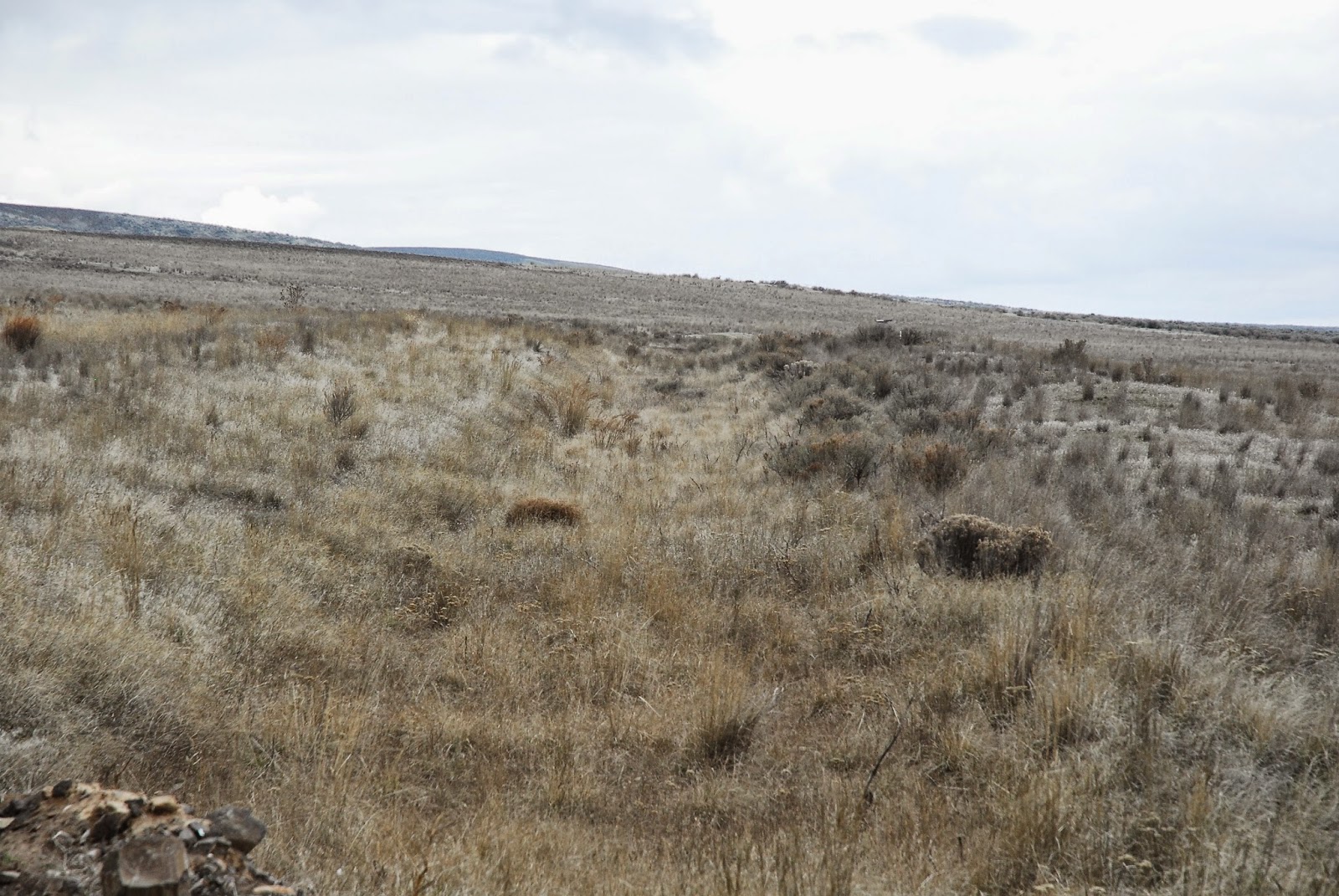 A trench of sorts leading away. 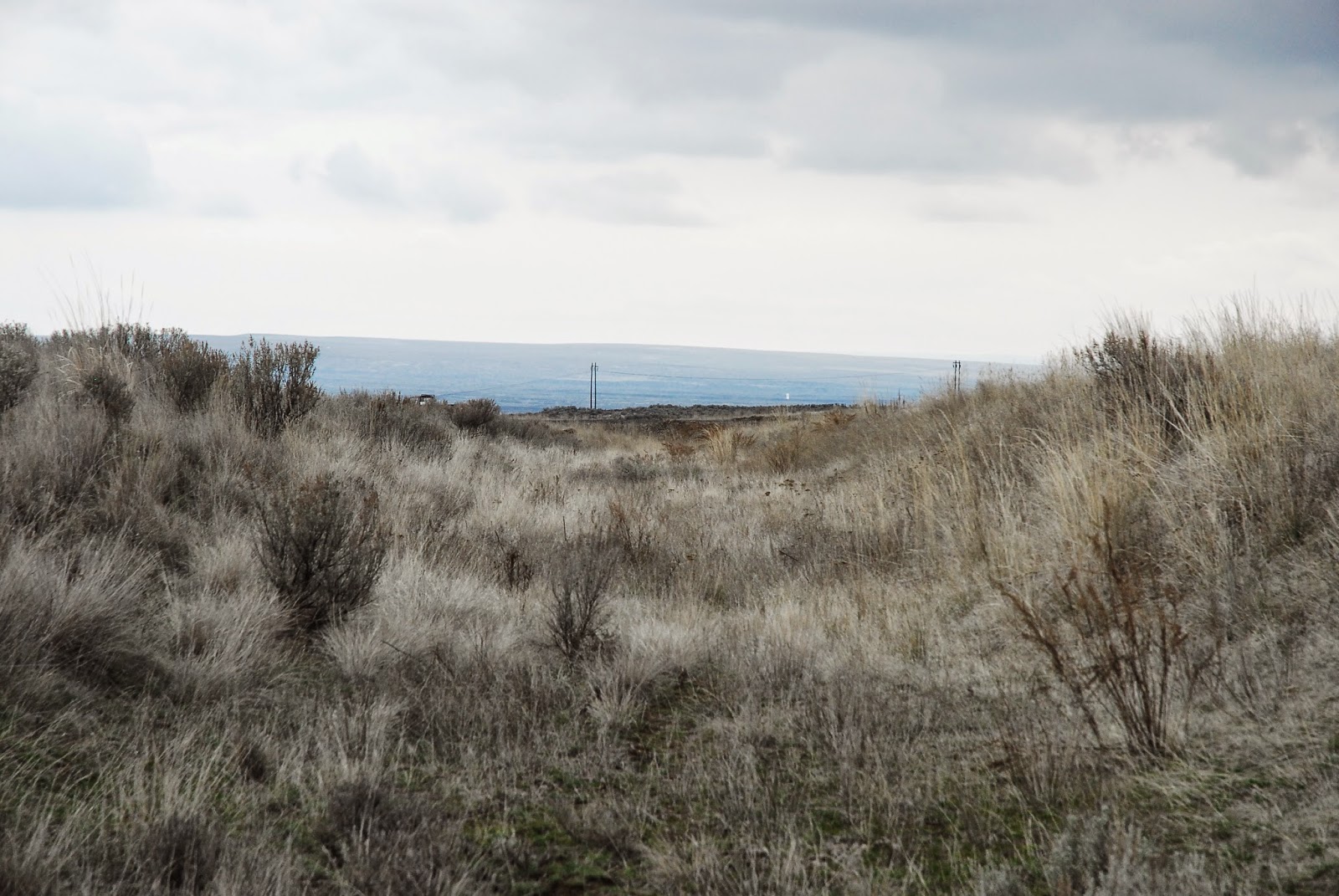 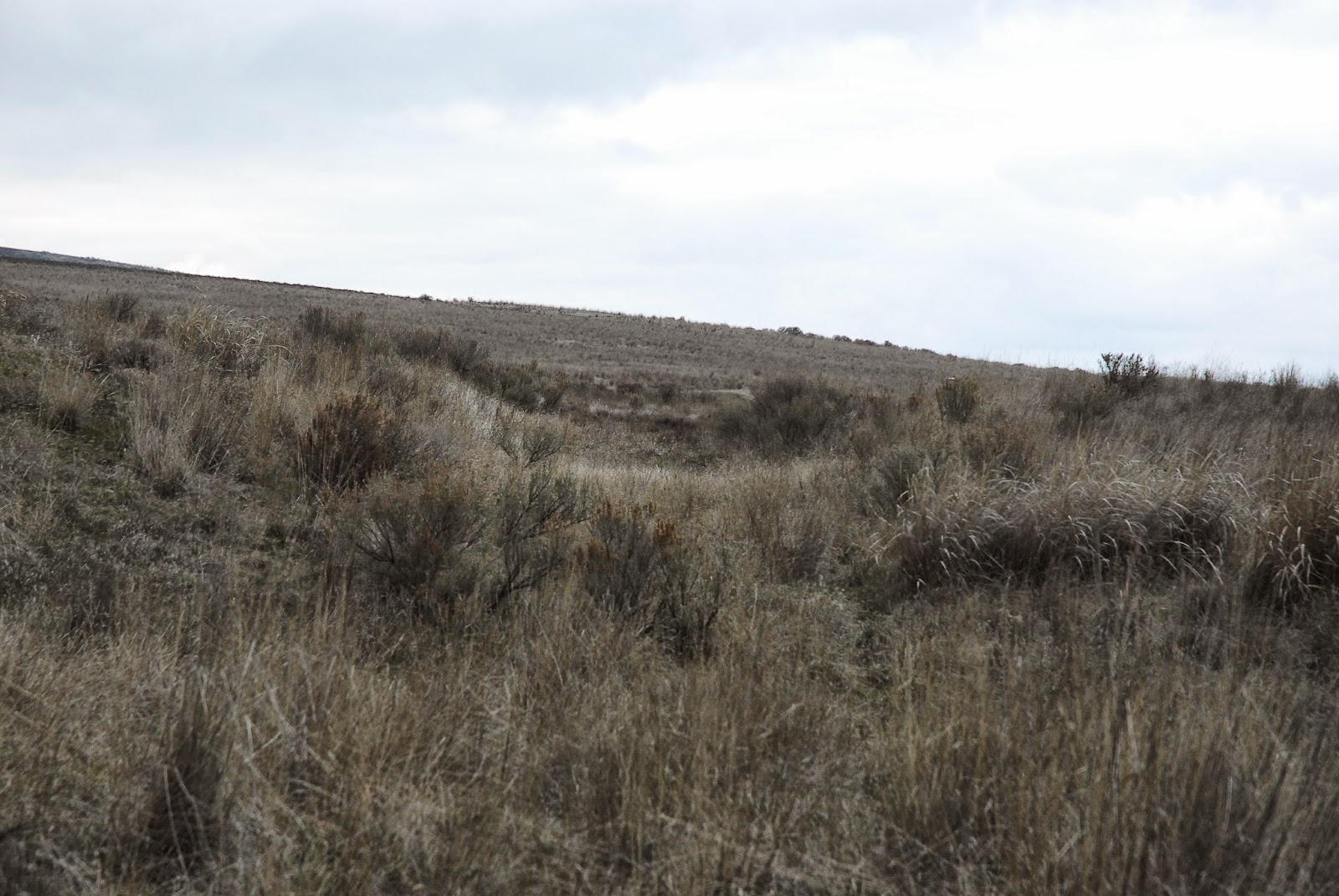 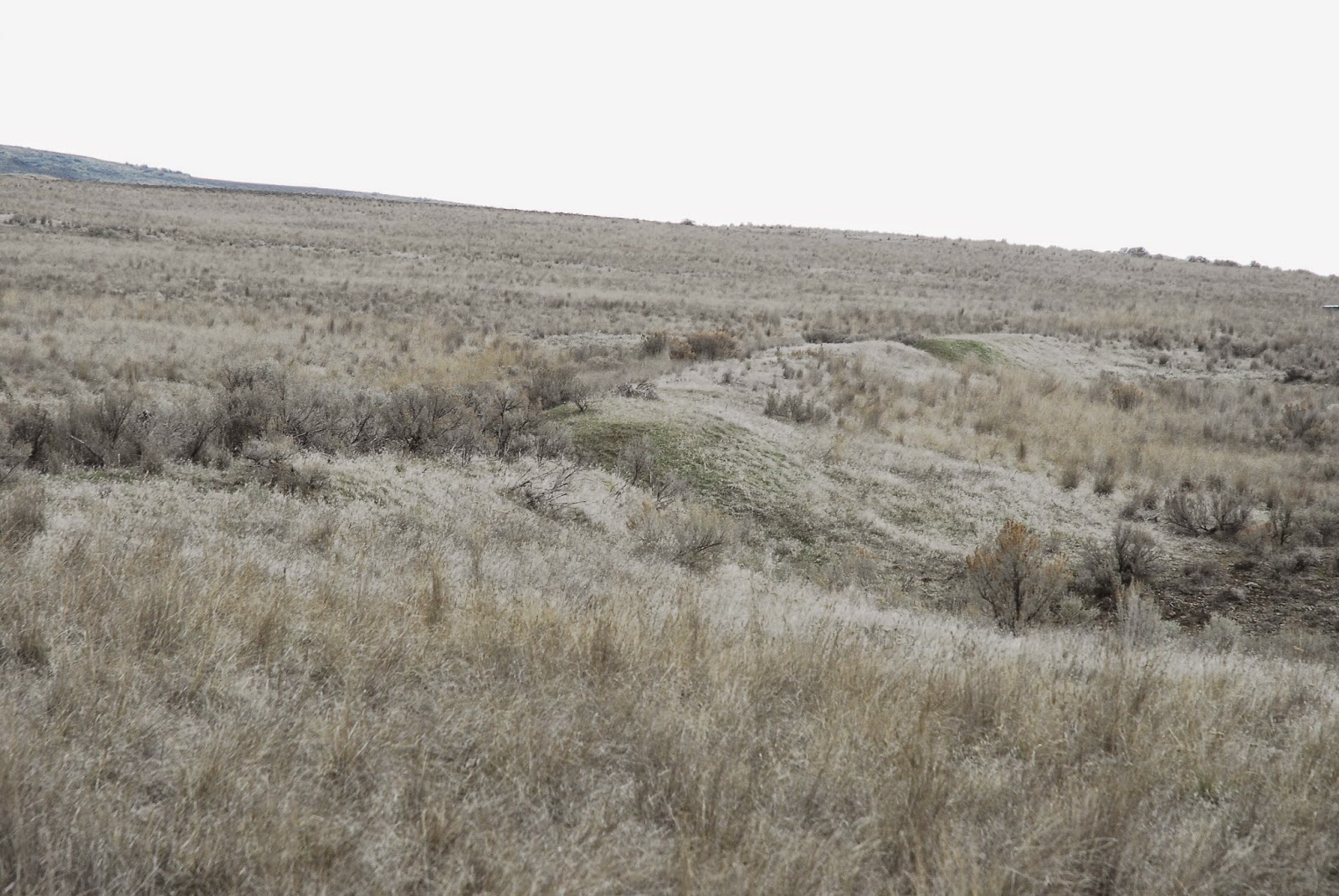 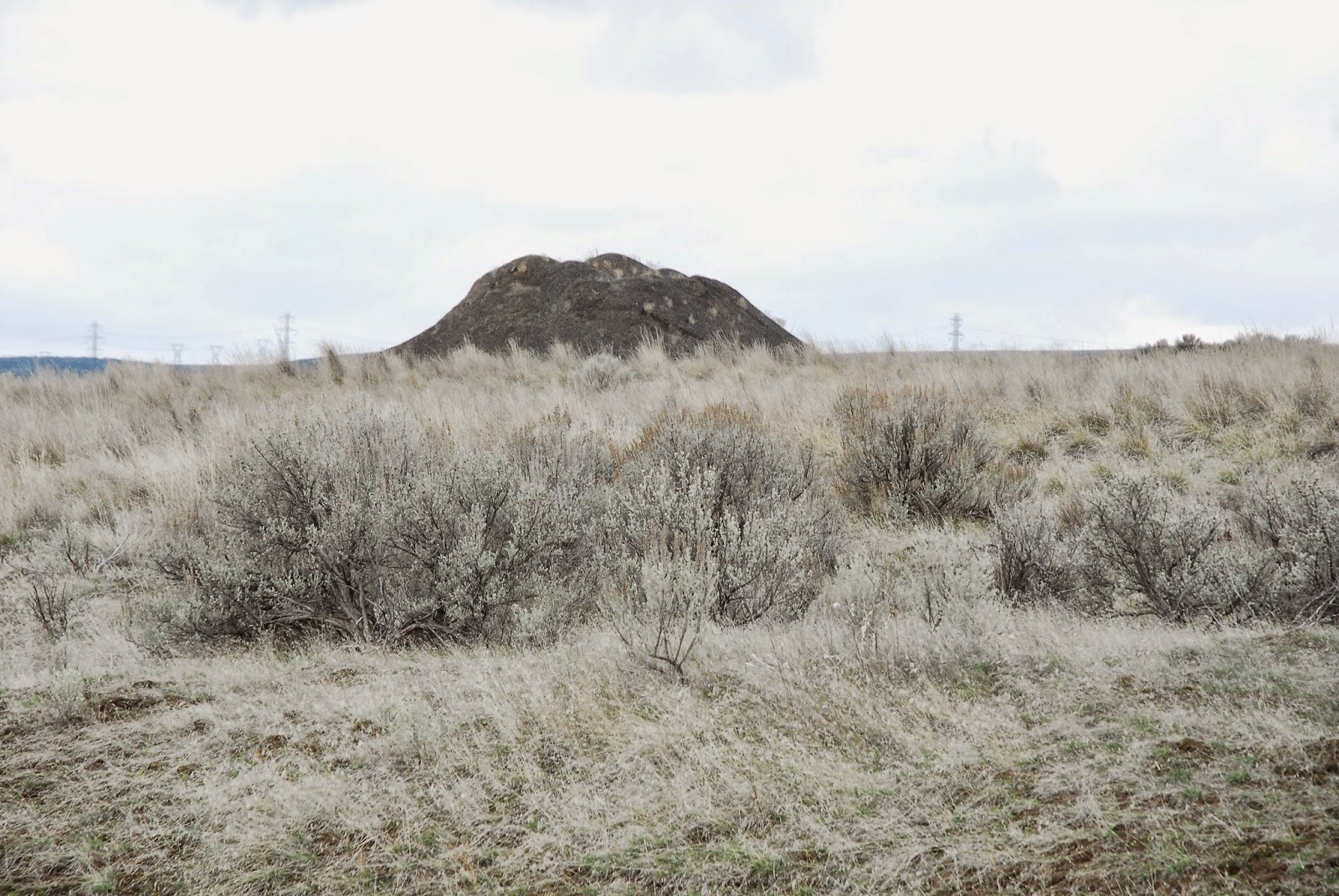 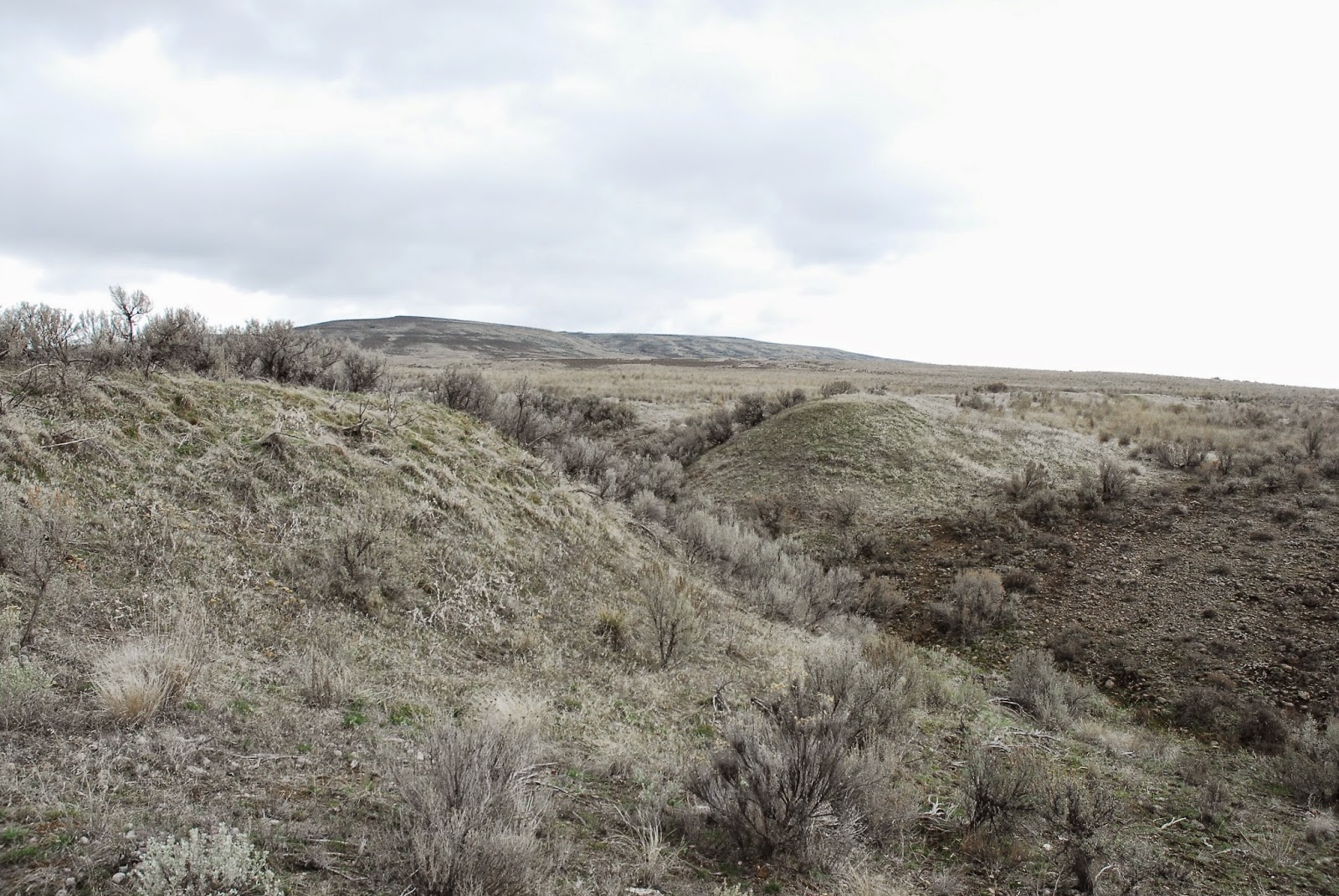 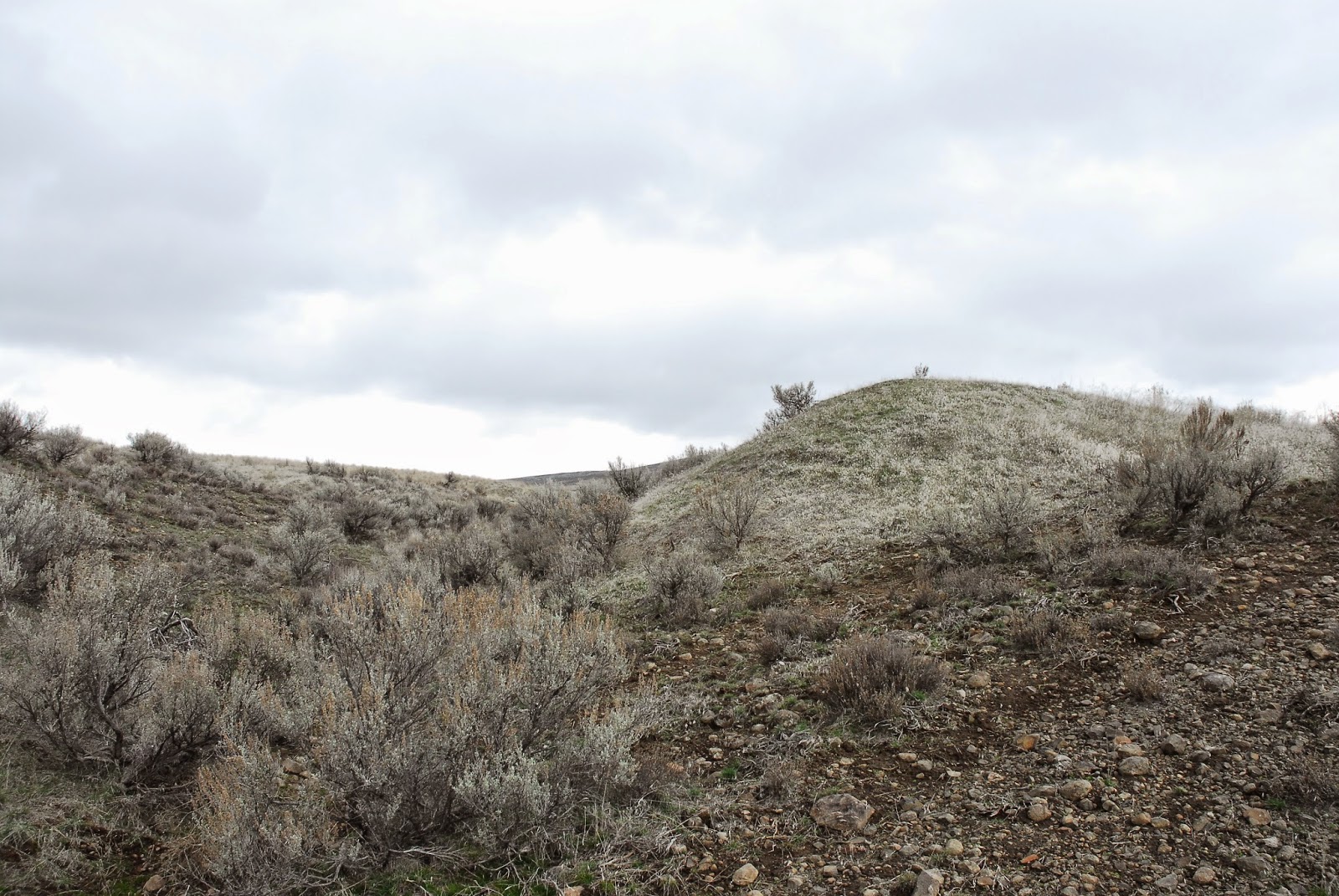