"Most of the cars wear BN paint--the rest a mix of Great Northern and Burlington. Why no unpainted NP boxcars? A close look at the repainted cars might answer that question: 10 of the 11 repainted cars appear to be former Northern Pacific B2's. The freight car nerd within me wonders why the NP cars were repainted at a faster rate than the GN or CB&Q 40-foot cars?

"I did the same shot 10 months later--still F-units and geeps, but this time, all covered hoppers. The only 40' boxcars seen were being used to haul grain off the Eleanor spur." 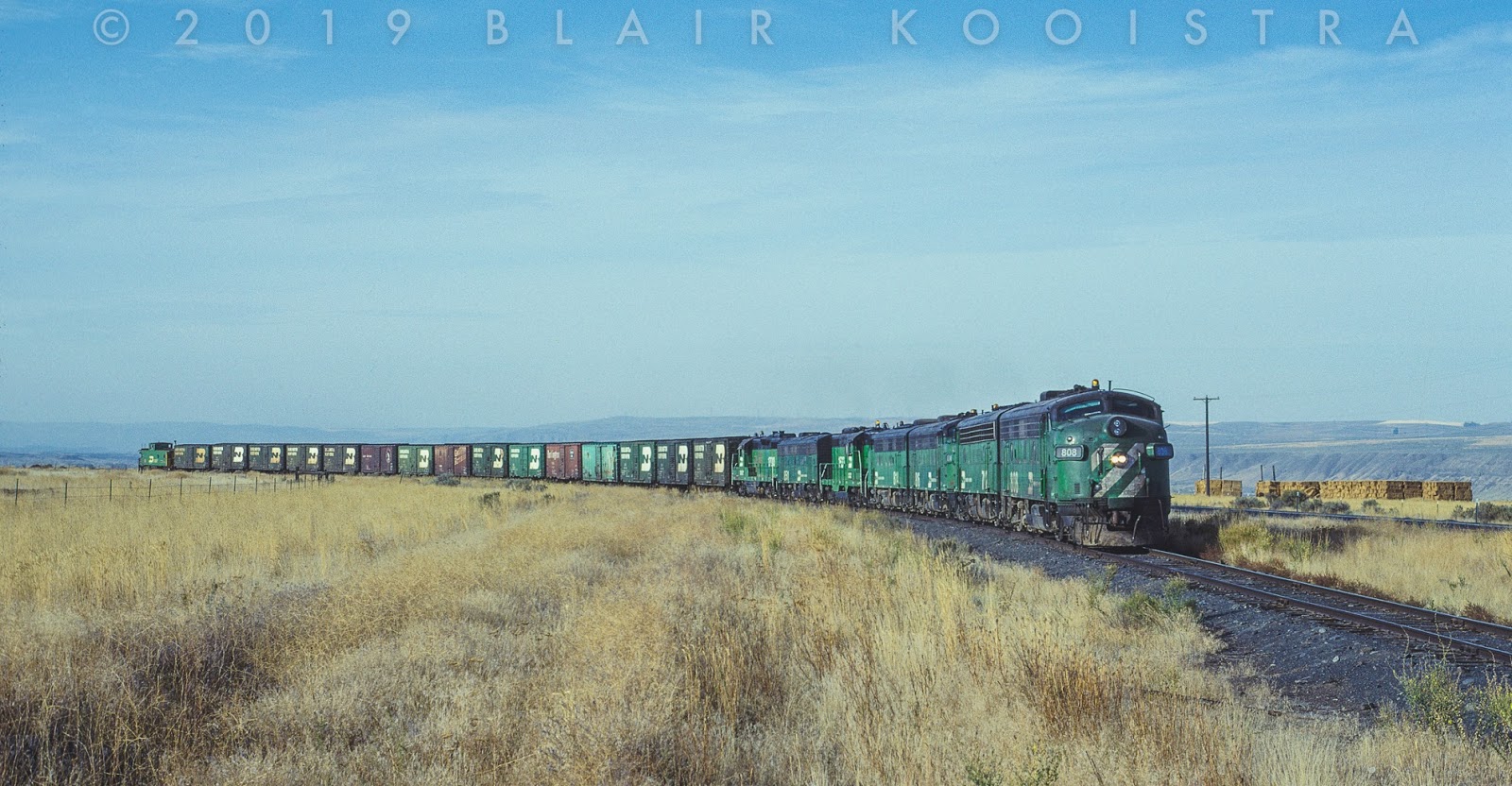