Magic light catches an Eastern Washington Gateway Railroad “Scoot Train” hustling empties west just east of Davenport. Spring rains and runoff have filled to overflowing creeks, streams, rivers, and every depression in the land, here creating a partial mirror of the train save for the near perpetual wind that sweeps across the endless wheat lands of Eastern Washington; the auric harvest thereof soon to be spouted – overnight – into the 13 covered hoppers on today’s train to be spotted at grain-growing communities further west, in turn, to return east with their bellies full of Evergreen State golden grain: sustenance for the world’s hungry mouths. 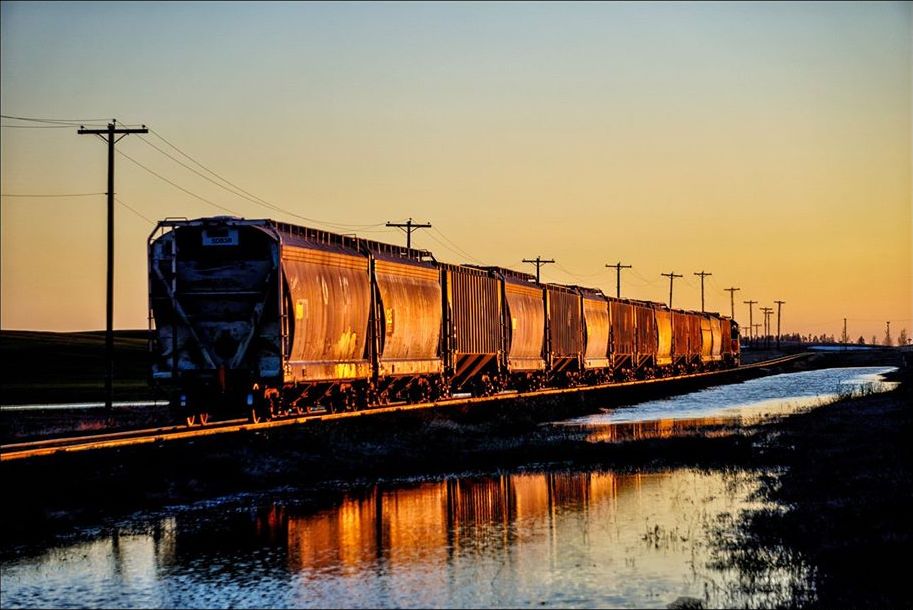