A touch of haze; a thin veil of atmospheric cover; a balmy 83°: An easting Eastern Washington Gateway procession, straight outta Coulee City arrowing towards Hartline in 10 with 20 belly-aching-full hoppers of locally harvested gold, comfortably ambles along – kinetically at times – with ample 6-axle power over a multi-mile tangent just as the electricity it passes under from mega hydro electric near 2,700MW capacity Coulee Dam flows along an endless tangent of high-power lines that electrifies the ever increasing, ceaseless energy demands of the many megatropolises to the south, further south, and between. Note the three – over the years – successively added lattice towers. Because the “CW” no longer reaches Connell as – long ago – it once did (today's terminus Coulee City), loads must first be brought east where trans-loaded into one of BNSF’s 300+ sets of 100+ unit grain trains via the Highline Grain facility at Four Lakes from whence the seed heads west for export or processing for increasing, endless consumption demands. 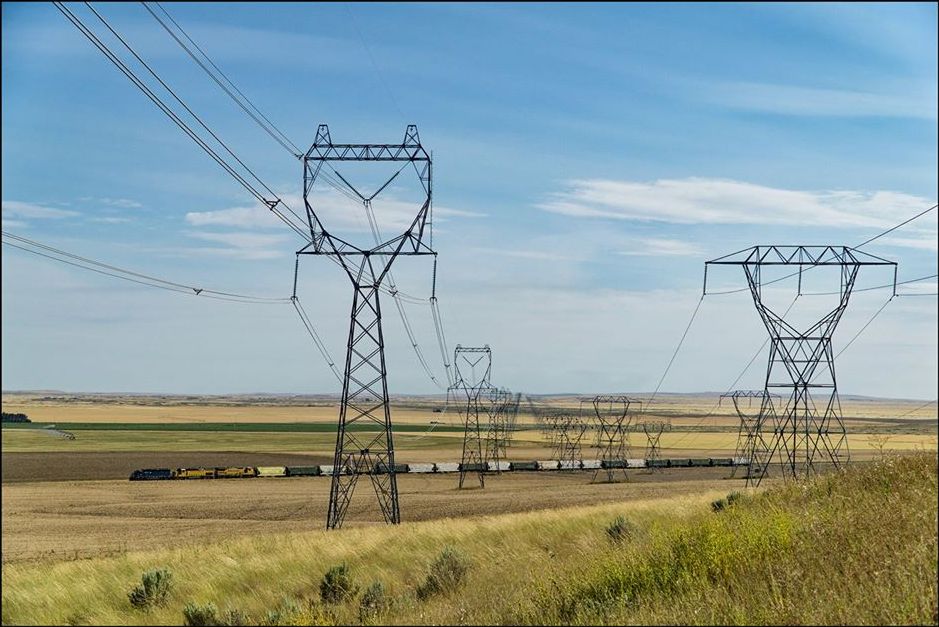