Yesterday, 1/26/2021, I was assigned to train HG26-1, unloading 72 grain loads brought in by our scoot train. Some breaks in the unloading process gave me the opportunity to shoot some pictures.

We have unloaded about 25 cars and a "lot change" situation gave me some time for outside pictures. This view looks north. 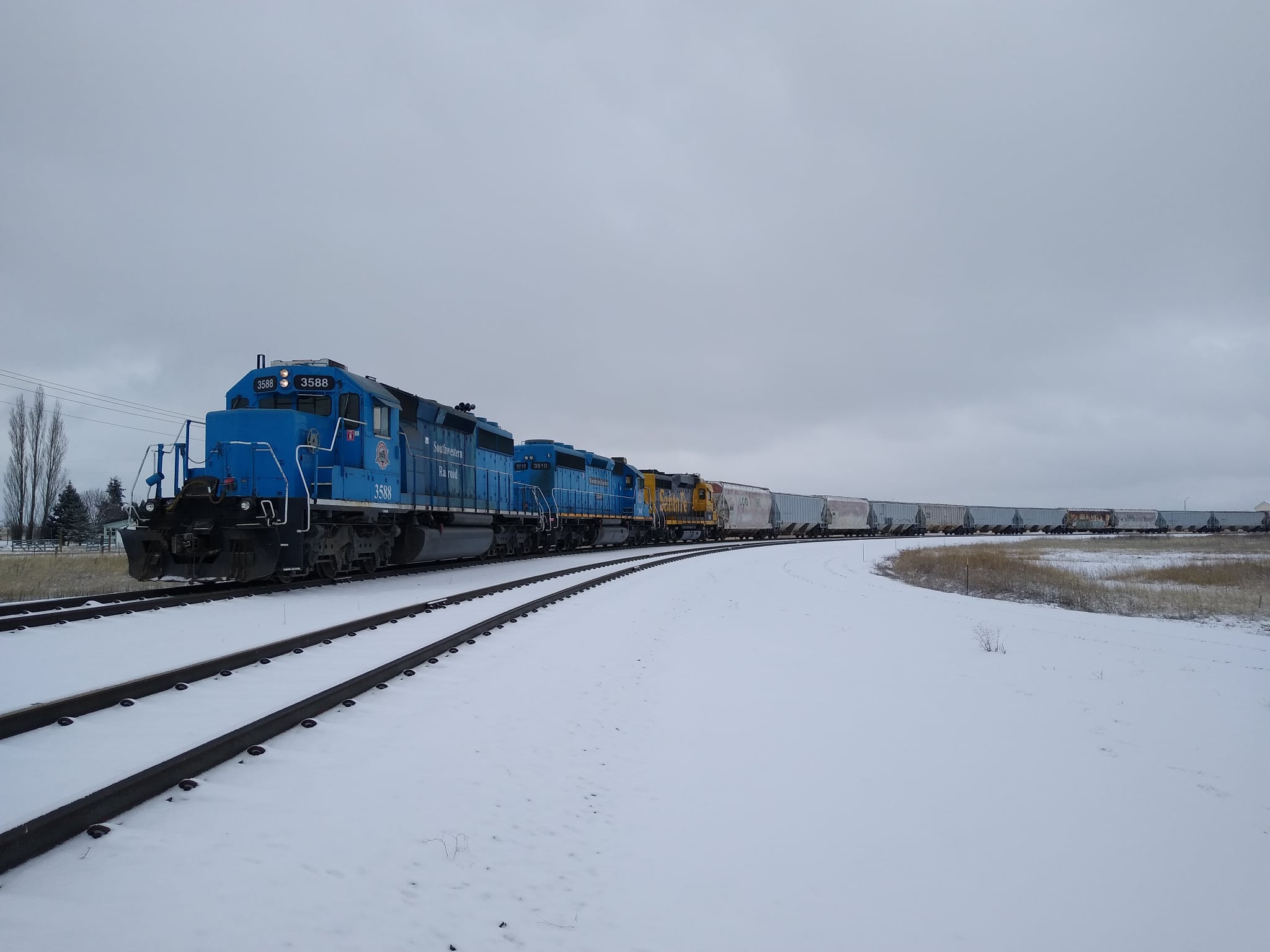 Same spot, but looking North East with the Highline Grain elevator shown on the right. 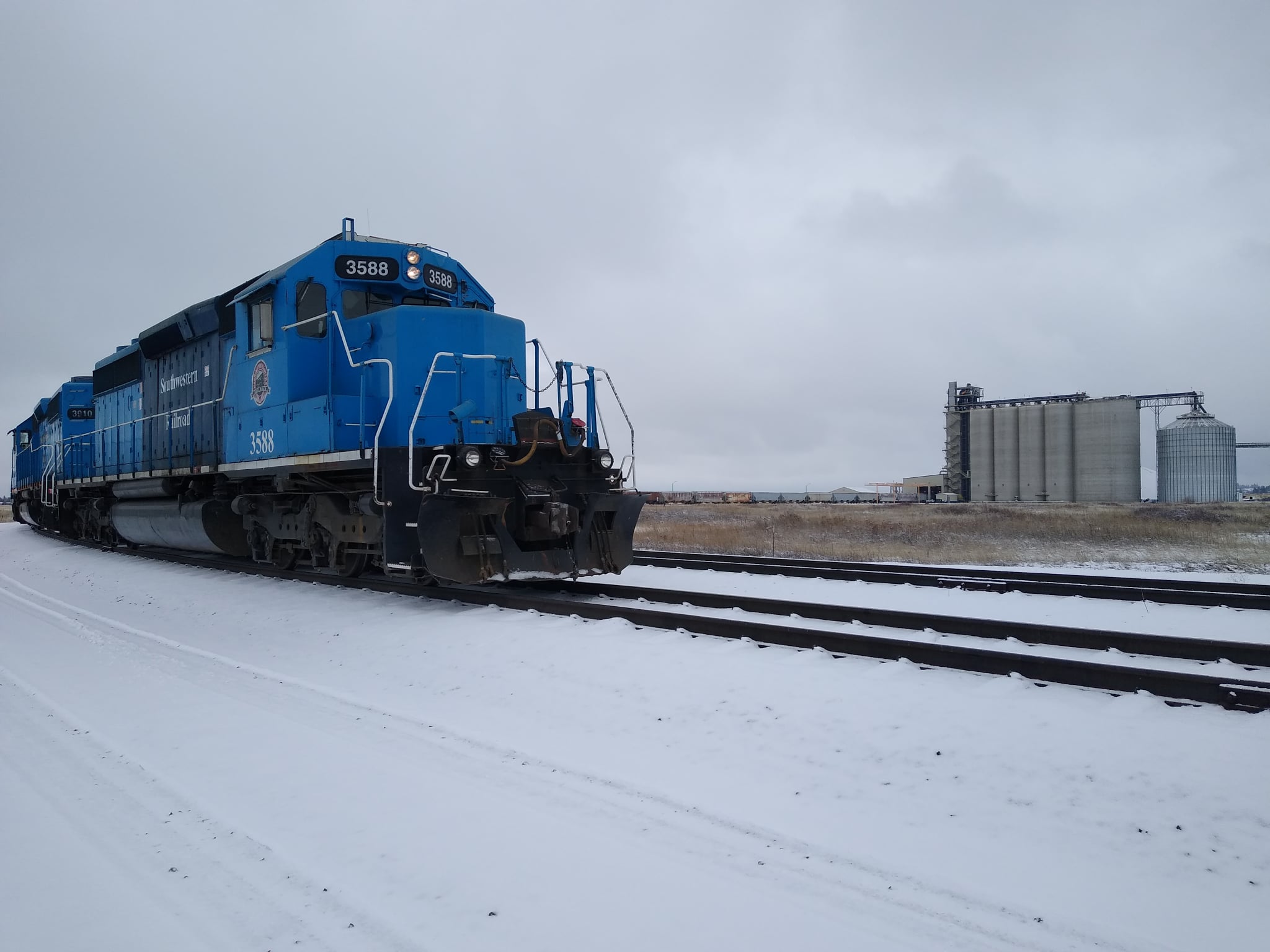 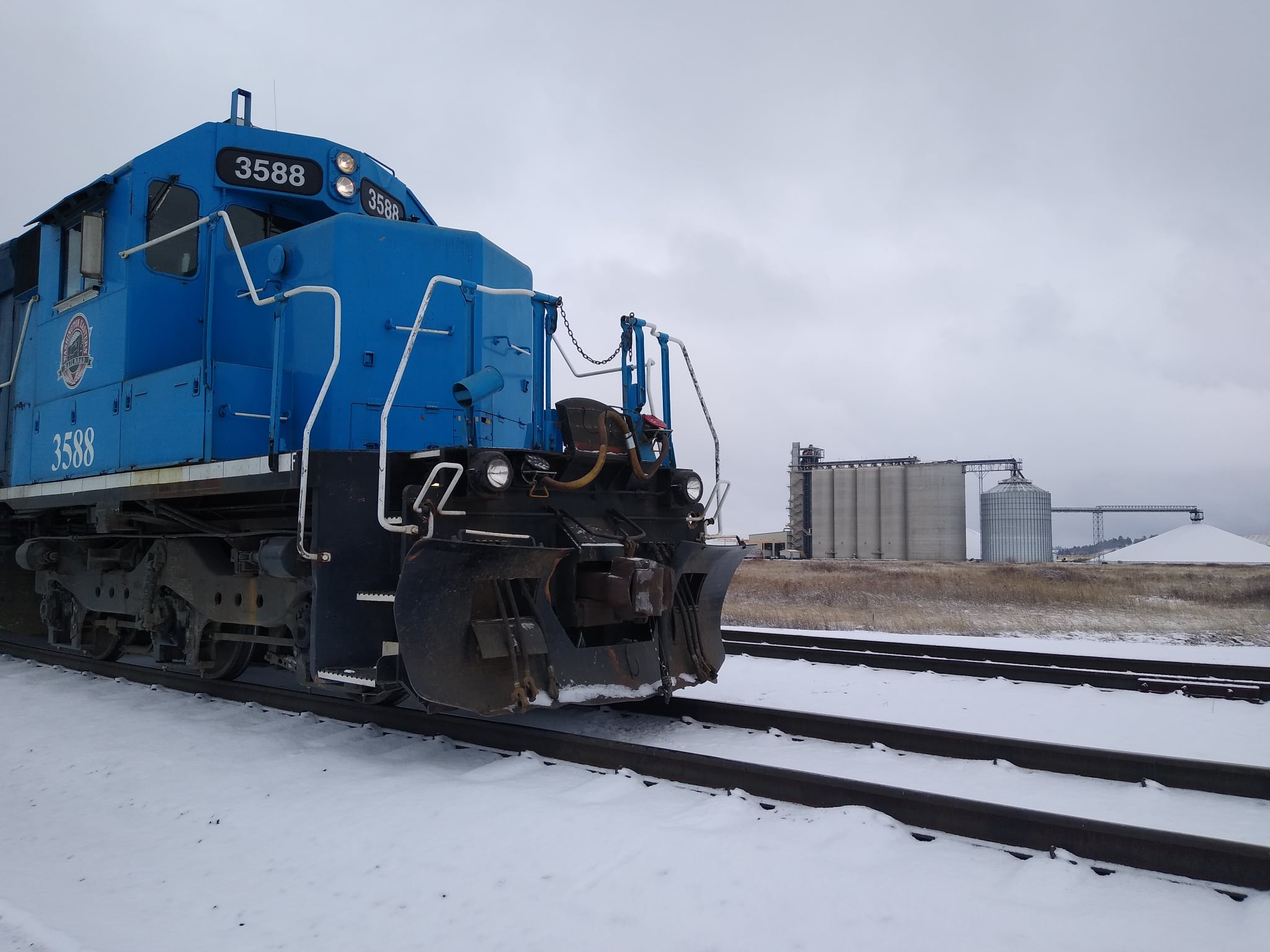 Looking south. The bridge under I-90 is in the distance. The inner loop, used by BNSF unit trains is on the left and curves to the east. The track on the far left (note the derail at the very edge of the picture) is a stub track, mostly used to set out any bad order cars. 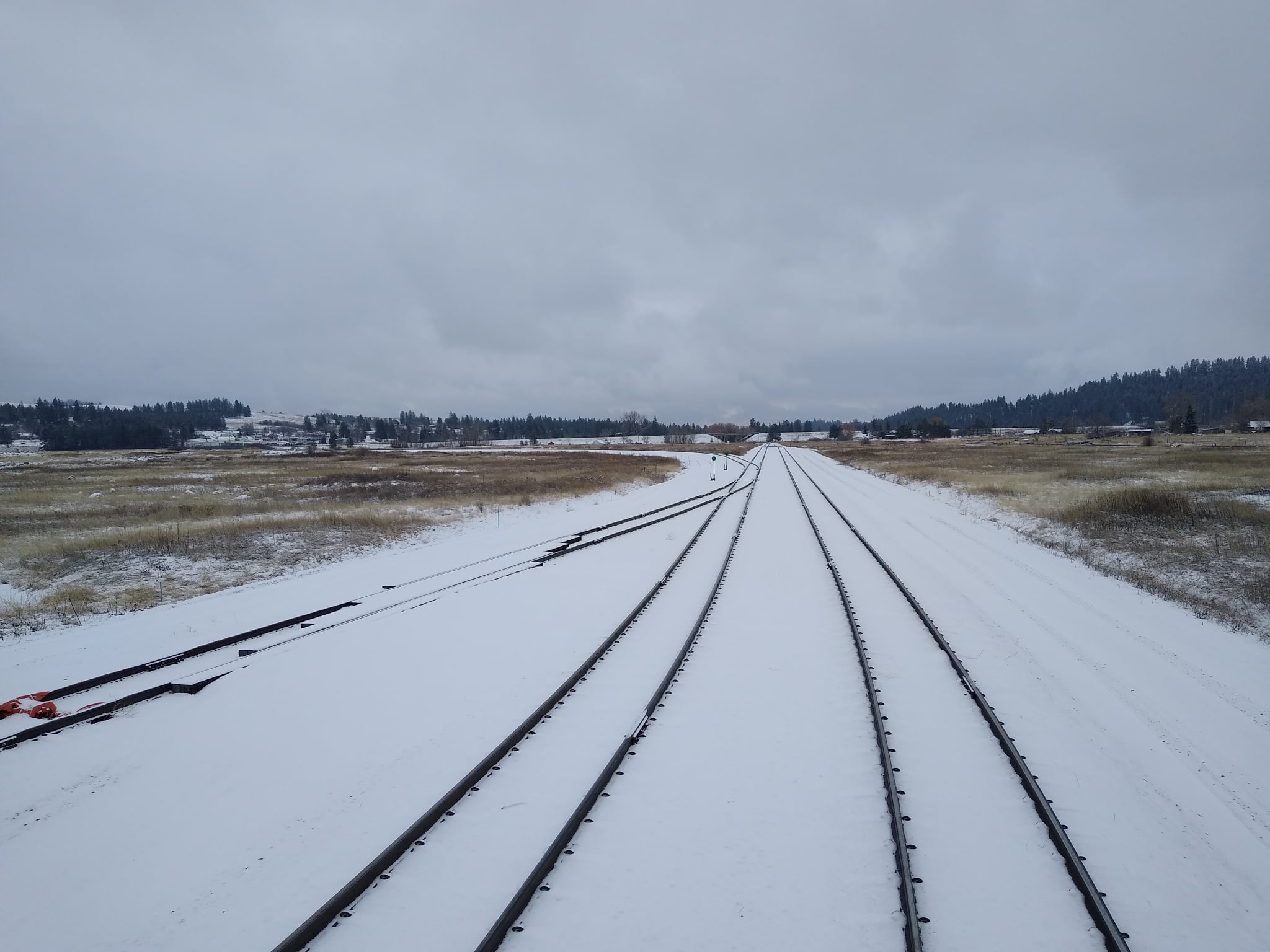 Looking east across the stub track at the Highline elevator. 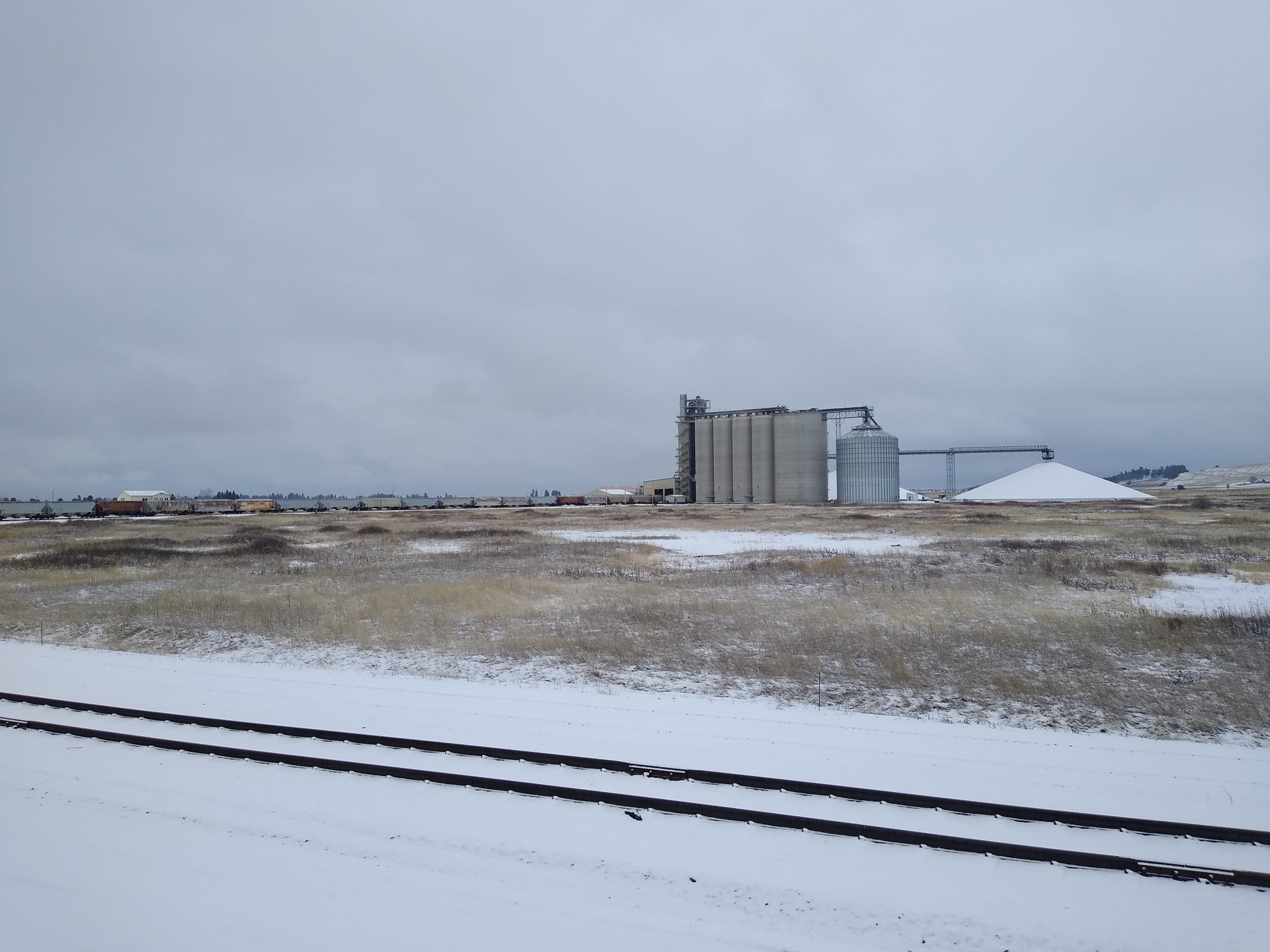 We are at the tail track of the wye and I had to align that switch for the west leg, where my train is sitting, before proceeding. Another "lot change" situation delayed unloading the next car and gave me the time to get the switch without having to pause the unloading activity. 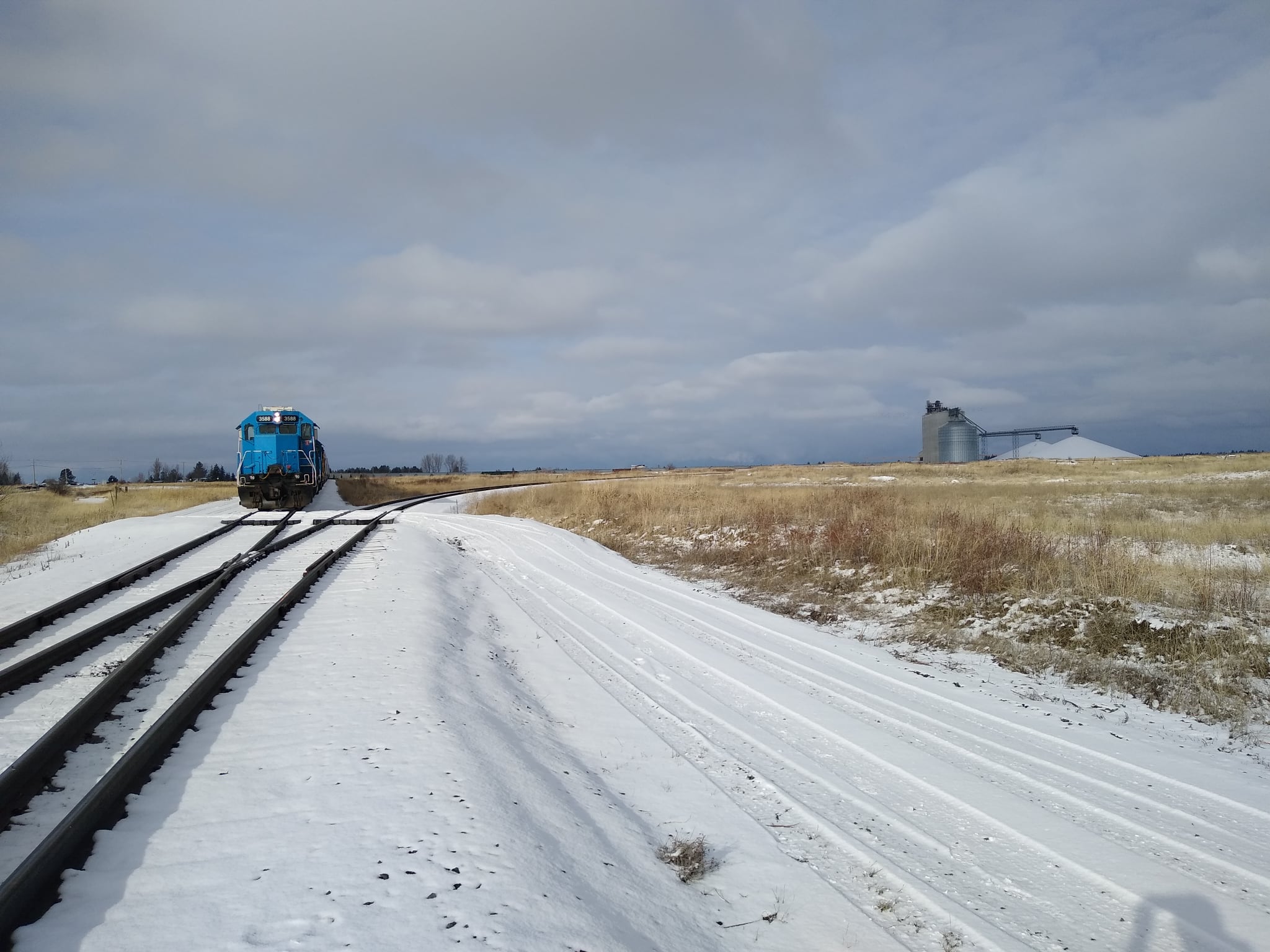 We have finished unloading this 72 car train and I have pulled forward enough to clear the unloading shed. This gives the Highline crew the ability to sweep the floor of stray grain and do their clean-up. 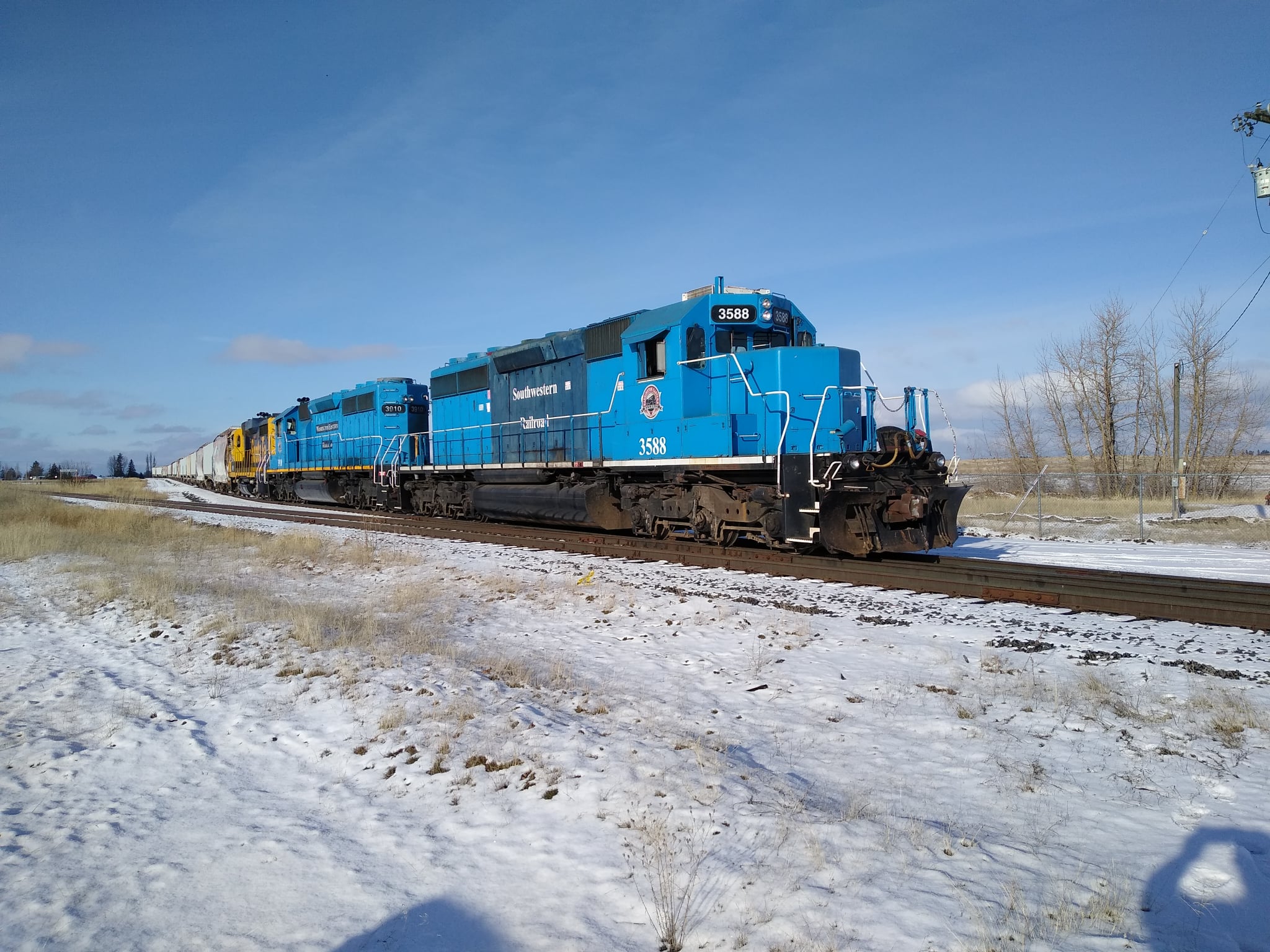 Another view from the same location above. We are right in the switch at Four Lakes, where the Highline spur switches off of the CW main. 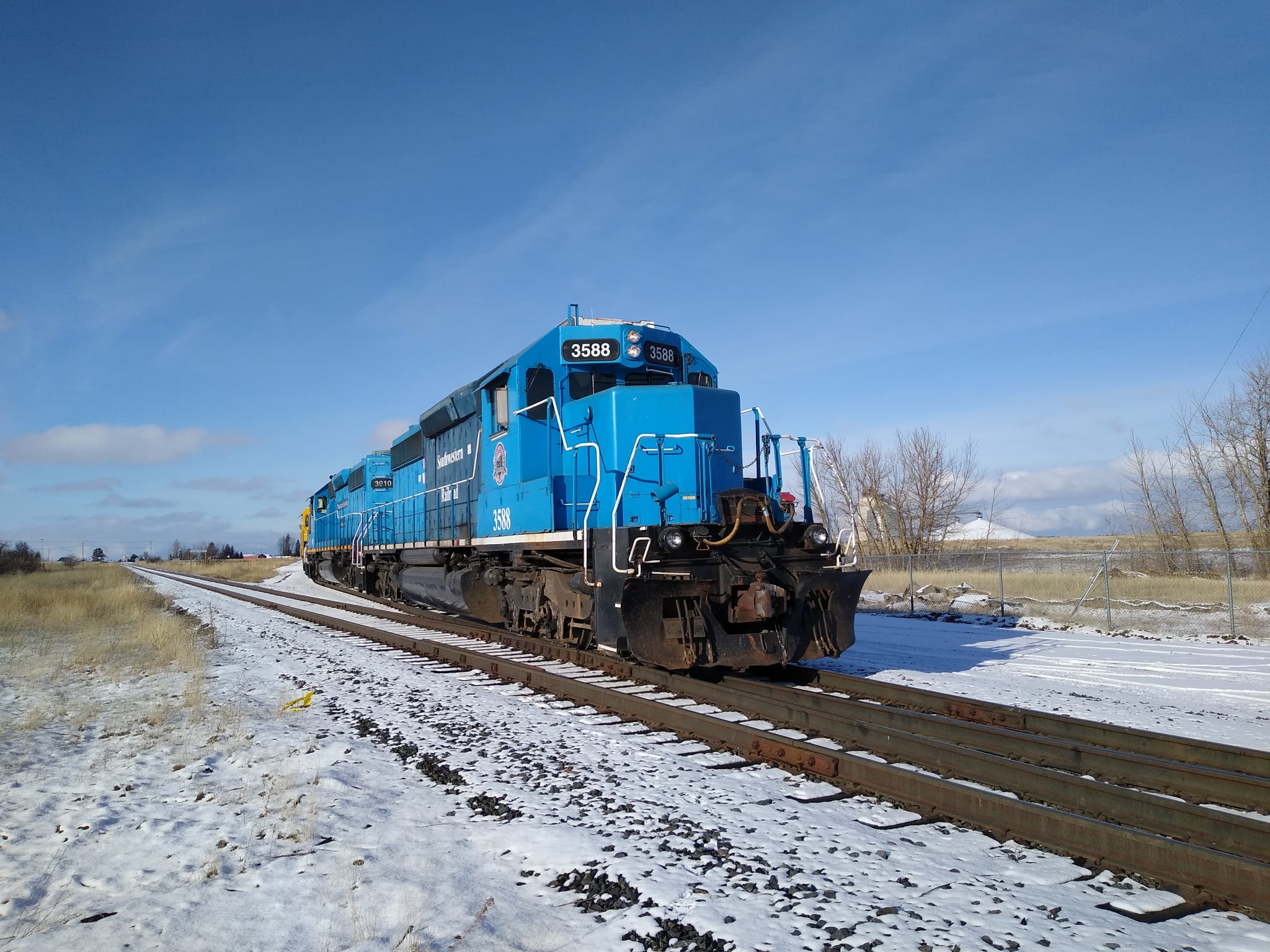 For those who might be interested, here is the official WSDOT (Washington Department of Transportation) track plan for the Highline Grain Facility. 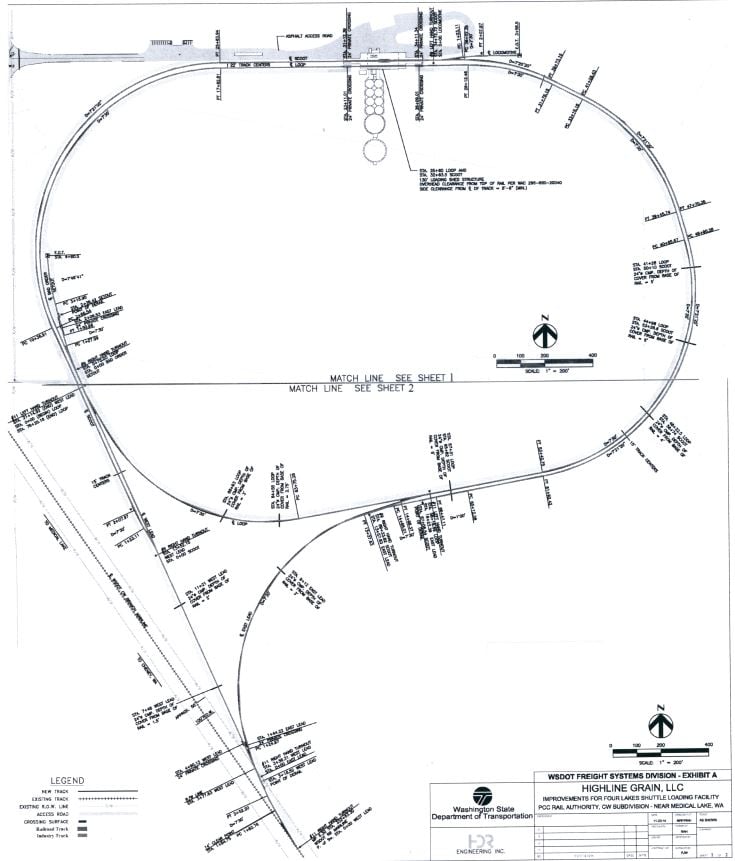