Half past six, it’s colder than a witch’s teat. In the pitch of darkness hoarfrost has encrusted the pines and encased grab irons and rails alike with ice as the night’s fog dissipates and the day begins to break. Having dropped down the 1.91% grade into the Deep Creek horseshoe, aka “killer” curve at track speed – 10 mph – into an immediate climb culminating at 1.0% it doesn’t take long for immutable gravity to sink its unforgiving claws into the inertia of 12,152,600 pounds of wheat the EWG HL22-2 has collected from nondescript Eastern Washington farming communities like Coulee City, Creston, Almira, Davenport in 60 loads (and one empty), quickly stealing what little momentum the three-quarter-mile-long leviathan gained on its descent just a mile and some 30 minutes back bringing the wide-open hand-me-down hand-me-downs – a duce of 45’s and a Dash-8 – to their knees, crawling, at a mere 1.7 mph. Their aching roar obliterates the crepuscular peace. Never fear! Ever-so-deft, git-er-done engineer Bruce Butler, the centenarian bantam has gone round-and-round with this nemesis of the CW line for years putting his gut-instinct mojo on the throttle beating Killer curve and it’s left and right hooks – the grades on either side – one more time cresting his train at a comfortable 10 mph. In less than an hour he and his conductor will have this train safely tucked away at Highline Grain ready to be unloaded only to begin its outbound trek all over again where Killer Curve will be lying-in-wait, ready and raring for another fight! 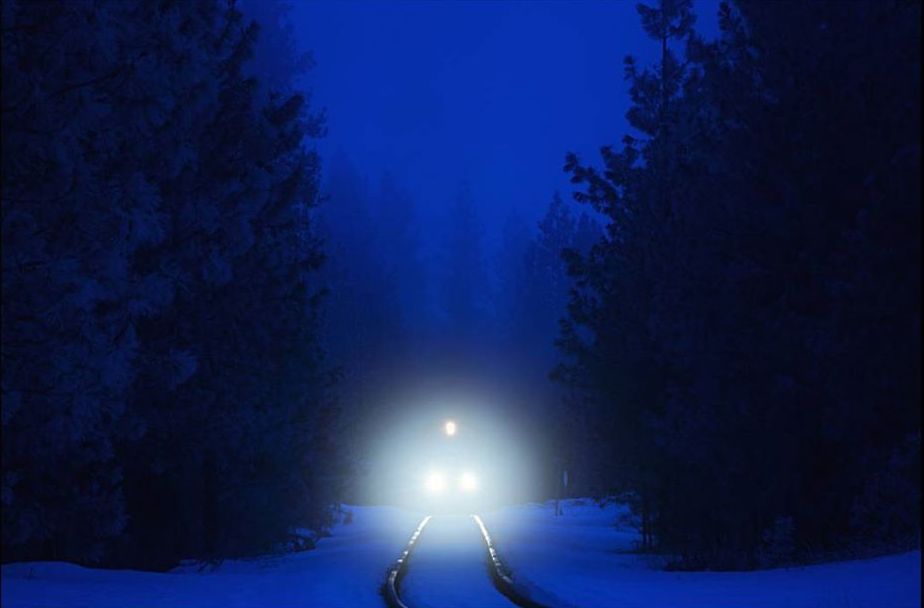