In the dead of night when grave diggers and trainmen earn their living butted SD45’s come to rest in the ghost town of Govan: the crew has died on time. Many moons ago, a thriving community with depot along the 1889 laid Central Washington Railway, Govan is likewise dead save for three horizon-piercing concreted and corrugated elevators; more abandoned homesteads than inhabited; and flee-bitten, howling hounds that roam the channeled scablands infinite. There is no light to see of where black steam-belching-shovels had extracted sand nearby so vital to constructing the railway but for the train’s temporal beam searching the right-of-way and van lights with its relief crew finding the 645’s breaking the damned silence, filling the coulees like the prehistoric waters that flowed here with the industrious sound of railroading that brought forth this place from nothing just as it has sustained its agricultural significance even as the town itself died. Eponymic of R.B. Govan, CWR’s construction engineer, it is but a fly speck on modern Columbia Plateau cartography. Its bustling business district incinerated in 1927, the sum 100 or so residents faded into unrecorded history as Govan’s coup de grâce came in ‘33: US 2 bypassing it by a half mile. The still-standing, believed-haunted schoolhouse shuttered in ‘42; the post office in ‘67 about the time these EMD’s came to life. They’ll soon be in rested hogger’s hands: he’ll crack the throttle breaking deeper into the disquieting quietus as the six-thousand horses rare to pull the slack out of so many drawbars bringing the train further west to posit ravenous empties under grain-gorged spouts far and fewer betwixt this place of shadows and dust, and the abbreviated “CW” terminus, Coulee City. “Hiball!” The throaty roar and rhythmic clickity-clack of steel wheels hitting jointed rail-ends Doppler as the coupled procession disappears into the envelop of night like a wandering poltergeist; its headlight pushes ahead into the unending frozen darkness in search of the next grain-bearing elevator in an all-but-forgotten community rousing the dead and still-living alike. 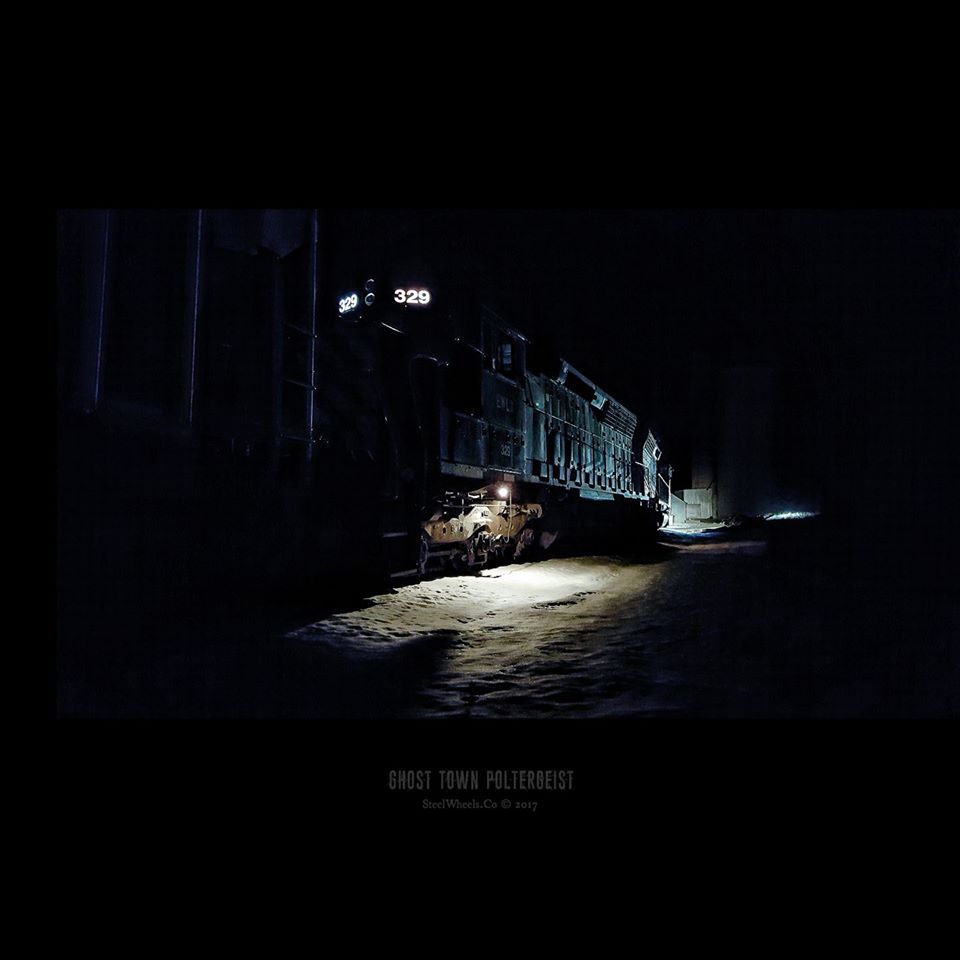