All time map of the railroads in and around Fairchild AFB west of Spokane. Some of these lines never coexisted, like the Seattle Lake Shore & Eastern / Washington Water Power line in the bottom right corner was gone long before the airbase was built during WWII.

Black lines are existing rail lines and red lines are abandoned railroads. Fairchild itself had a extensive network of spurs to serve various warehouses and fuel supply points as all the avgas and jet fuel arrived in tankcars prior to the coming of the Yellowstone Pipeline in the mid 1950's.

The last trackage inside the base was removed in 2011 after the Spokane County owned Geiger Spur was rerouted to the state owned railroad out of Cheney (The CW, or Central Washington line). 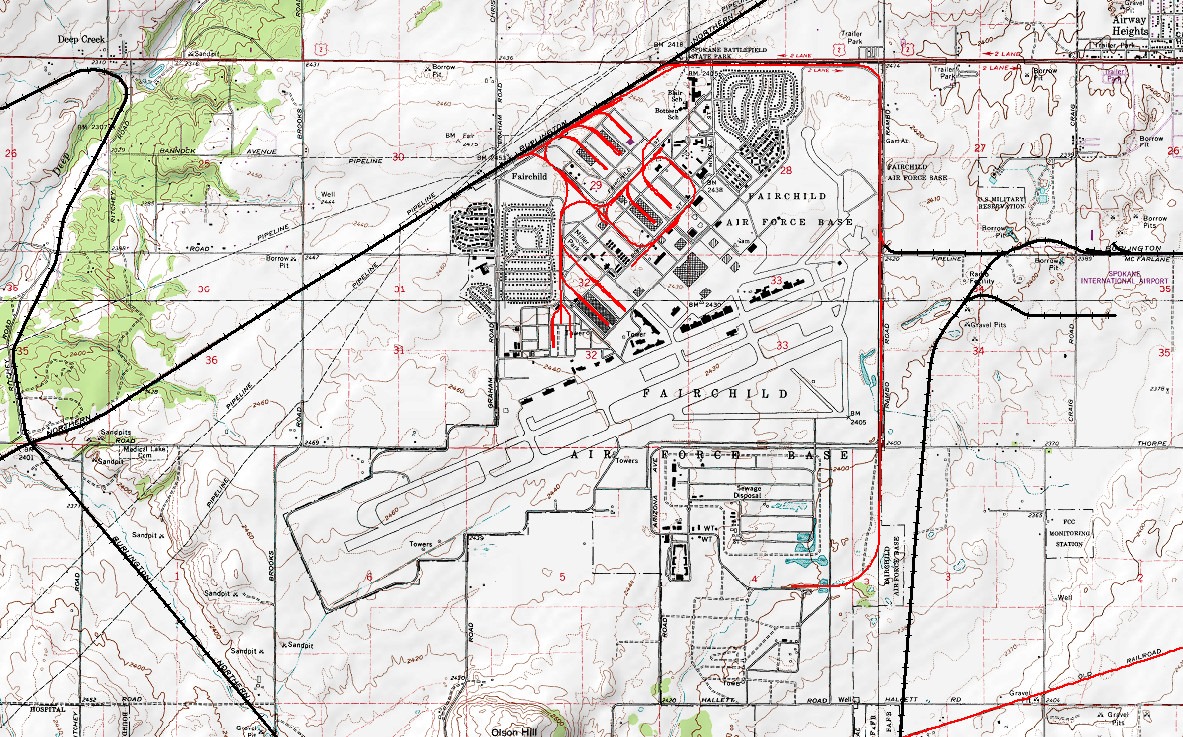