Text as written was sent to him about the derailment.

24 grain cars piled up at Wilson Creek."...oh brother. A wheel broke about 3 miles east of town and was drug until it hit the East Siding switch at Wilson Creek and piled up the cars. (dragging wheel didn't do much track damage. wood ties...would have scrapped concrete) Track guys said it was kind of an unusual derailment that a couple of cars managed to keep rolling down the track a few hundred feet before they flopped over.

The mechanical supervisor went with a roadmaster and found where the wheel broke and saw a trail in the ballast and found the broken chunk out in the weeds. That's a big relief for track guys to know it was a broken wheel that caused it and not wide gauge, cross-level or something.

They re-spiked about 600 feet of rail that was laid over and laid four 39 ft. panels. The big track hoe was really slick for laying panels... there was room for it to grab one and have another one as fast as we could get them bolted together.  The day shift showed up at 6 am (all the Spokane guys). They got the track opened back up about 5 Sunday evening (derailment occurred about 9am Saturday). That was first major derailment on the district since the Canby derailment in 1989. 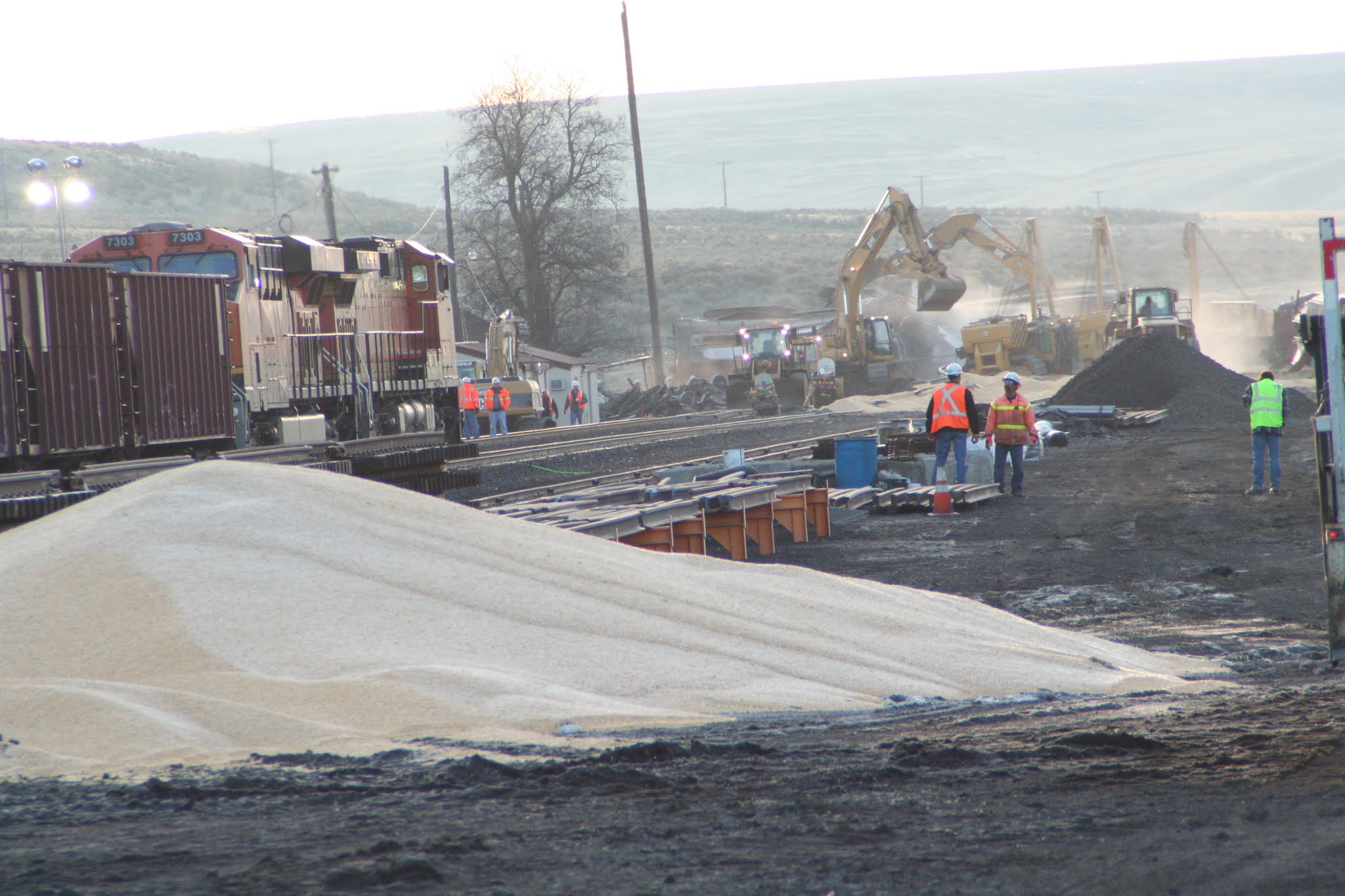 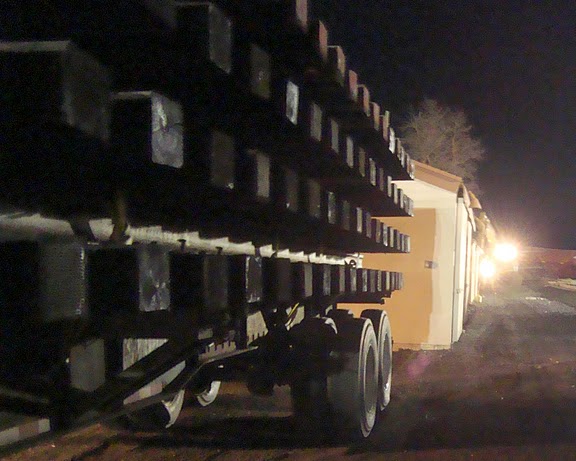 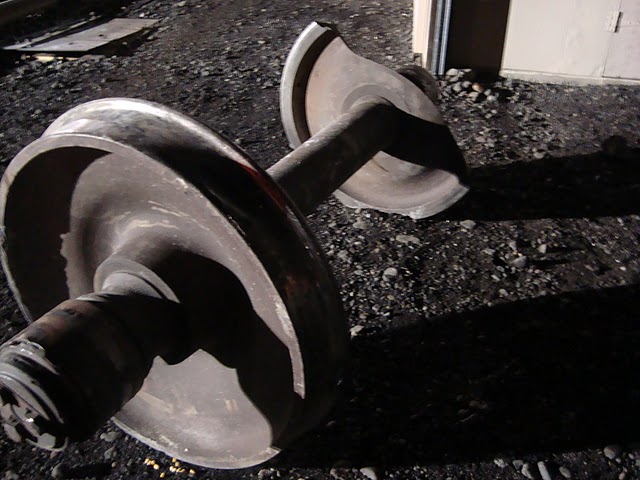 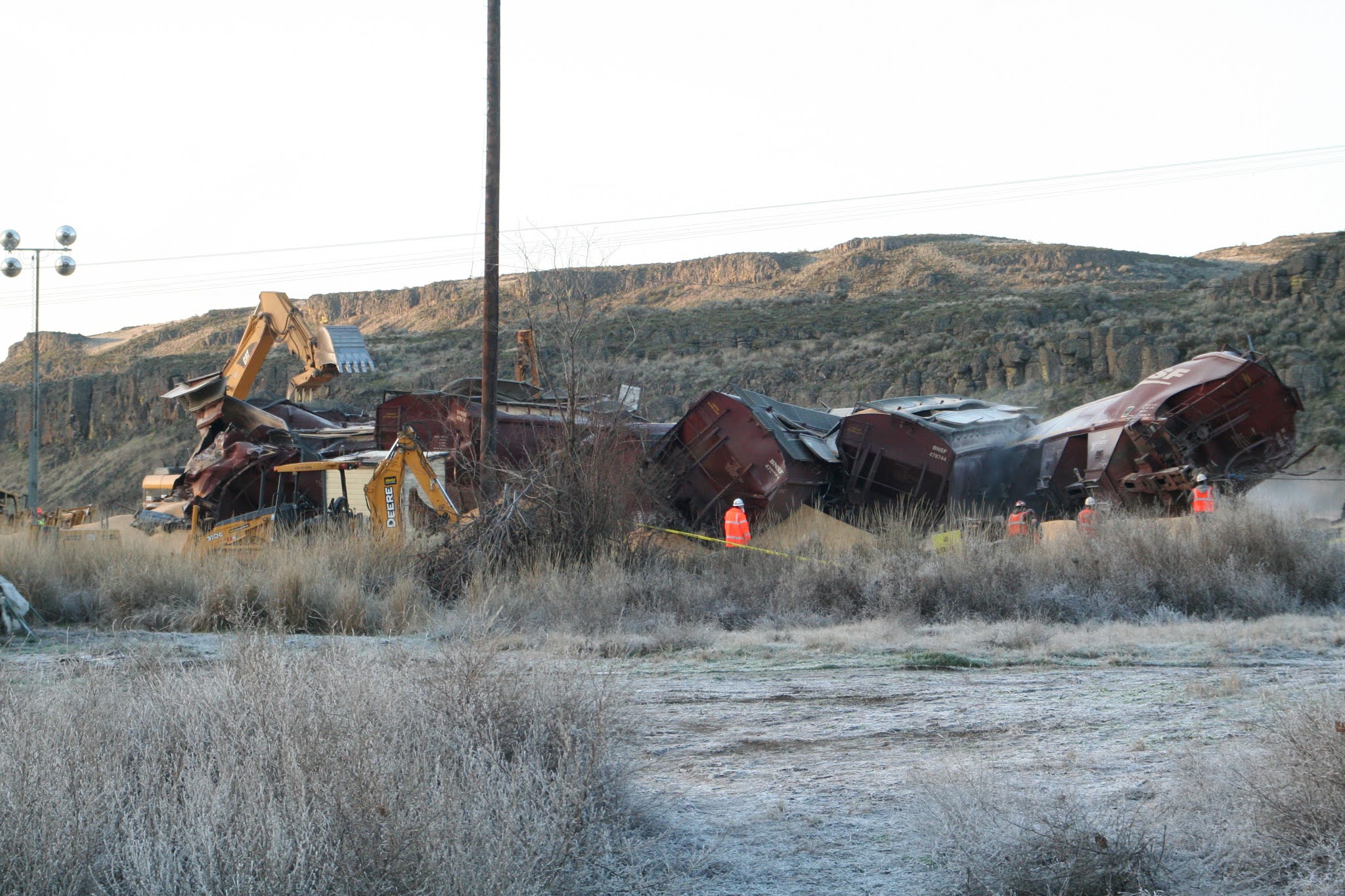