"Engineer and GM Steve has brought the train to the top of Deep Creek Hill, but power problems on one of the rear units means that part of the train was left down below--to be retrieved later."

Roger later said to Bruce Butler:
"The 2891 and the 8924 were on the rear. (Greg was the "helper" Engineer). You showed up later in the day with Gene after I took Steve and Greg to Cheney to "borrow" the waiting BNSF outbound power to come out, put the thing back together, and pull it to the top." 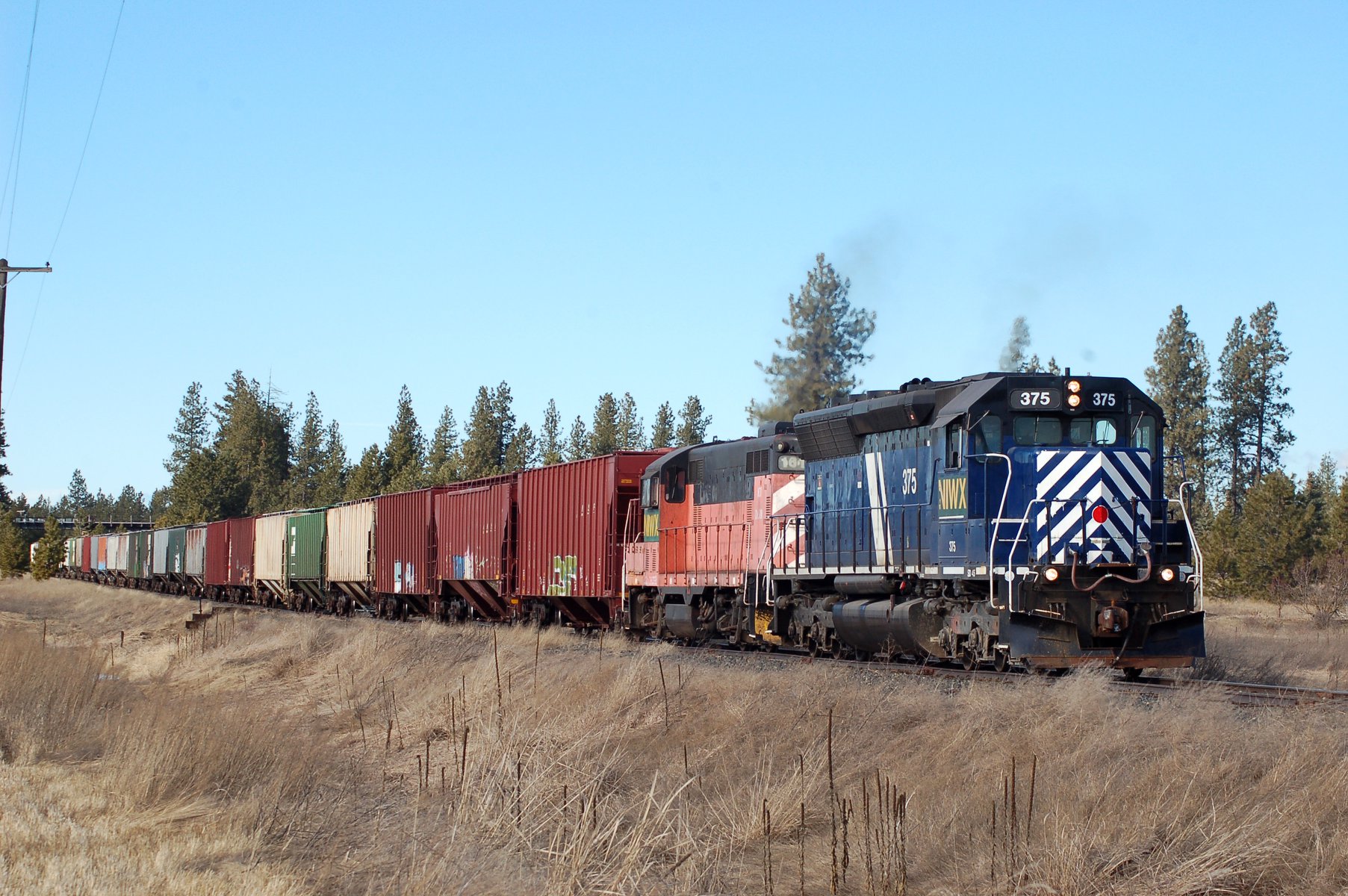