Many of you drive past the Paha-Packard exits on either 395 or I90. The two towns, Paha and Packard both exist on the same road, one with Packard north of I90 about 8 miles and Paha right on 395.

Packard was settled by Germans from the area around Hamburg, places like Hornberg etc. They knew each other from Germany and as my grandfather related to me did not always get along with the majority Russian German settlers, especially during WWI.  My Great-Great Grandfather came with my Great Grandfather and his two sisters, one who married a Christian Burghard and lived 1/2 mile south of Packard and the other a Mr. Lauer from the Lauer Station just west of Packard.  They set up in Ritzville in 1885 and moved to our farm a short time later. They registered their brand CM in 1887 with the county.

About 1910 a spur line from the Milwaukee Road was planned from Tiflis near road Q on I90 close to Warden and end up at Marcellus. Packard was supposed to be called Miessner but our family refused. We still have no idea why they chose Packard.

The White River Lumber Company set up an office next to our farm, the school was about a mile walk by road from the town as it had been in operation about 15 years already. A post office was established, it had regular passenger train service, and the town even required an addition "Heimbigners Addition to Packard". Then the roads improved and the motor car came and the post office was closed with the mail handled in Marcellus then several years later it closed with mail to Ritzville.  There was the Packard-Marcellus grange established on the railroad halfway between Packard and Marcellus, but later it was shortened to Marcellus and it ended up in Ritzville, closing in the late 1970s or early 1980s.

The railroad was just down to one train when I was a kid, and it came on Saturday nights, heading right for our house as the entire front room would get bright as the sun and then switch away to the left and roll past our house...as we were there first so they had to go around us as they followed Rocky Coulee.

So now you know of the town I grew up in.

I recently wrote to the state library for a need to inventory places like these before they are lost or locked up in boxes such as in my house that just says Packard on it. 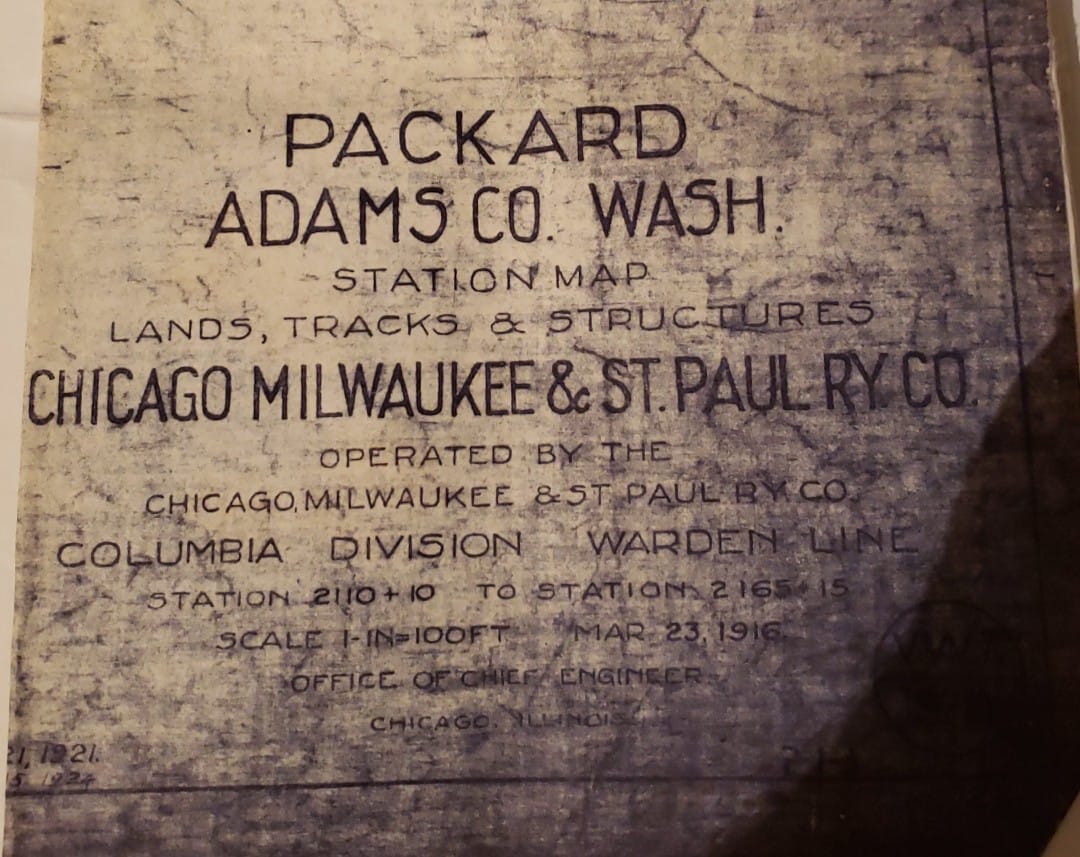 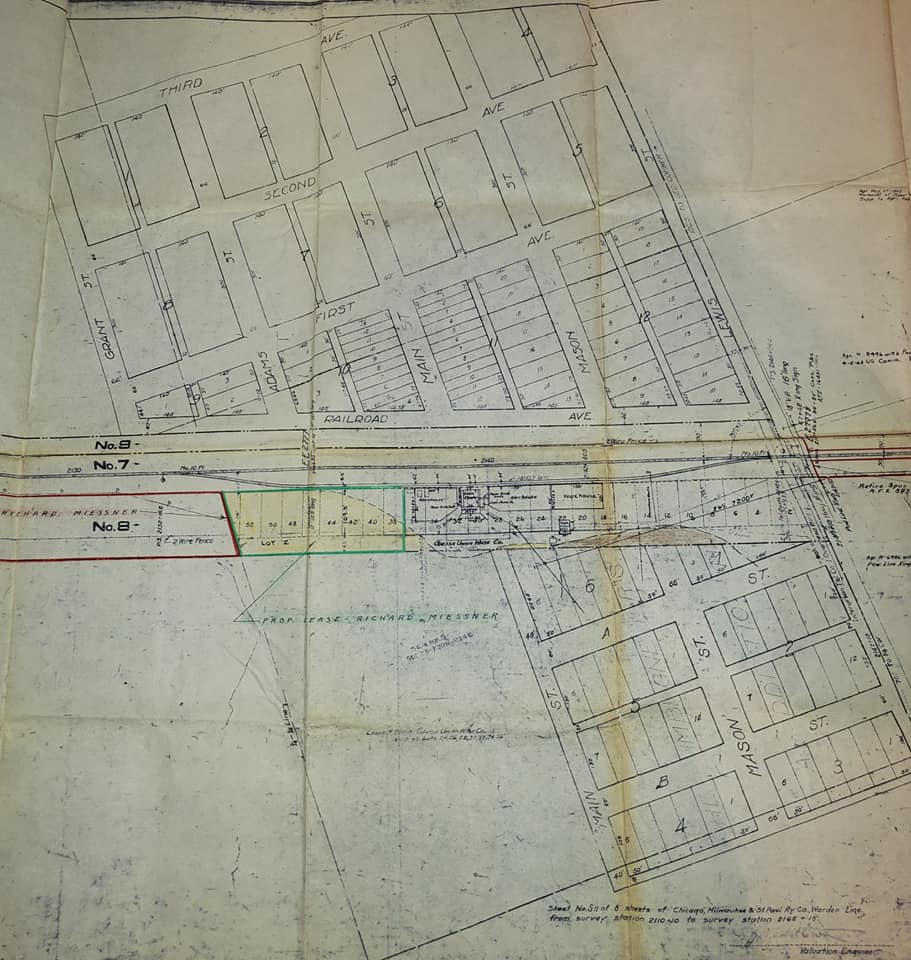 The town about 1925. My grandfather tore down most all the buildings to recycle during WW2 as he didn't need them all. A lot of the homes were picked up and moved into Ritzville. 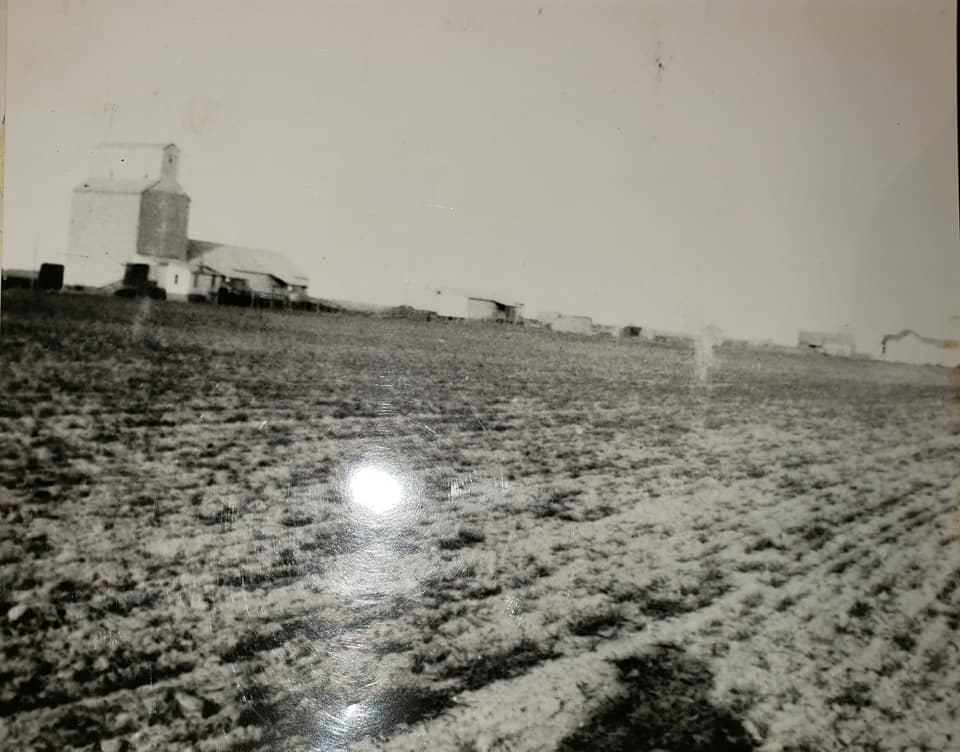 Lewis Street is now the Paha-Packard Road. The White River Lumber office is next to the tracks on the right. My grandfather and great aunt worked there as kids to get extra income for the family. I had a photo of it but it was borrowed and never returned to me. 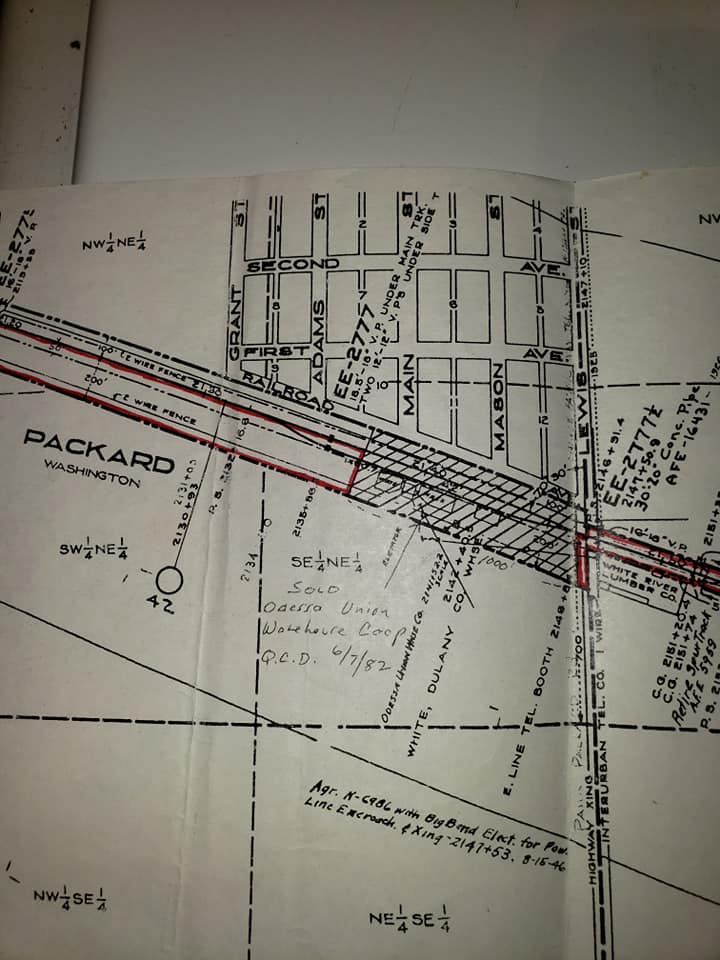 When I was a kid this was a regular summer event at the Ritzville Park. Then everyone got old and died. The last one died a few years ago...he was there only for 1st grade when it consolidated I think in 1929. I have my grandfather's 8th grade promotion certificate to take to a high school and it was dated June 1925. 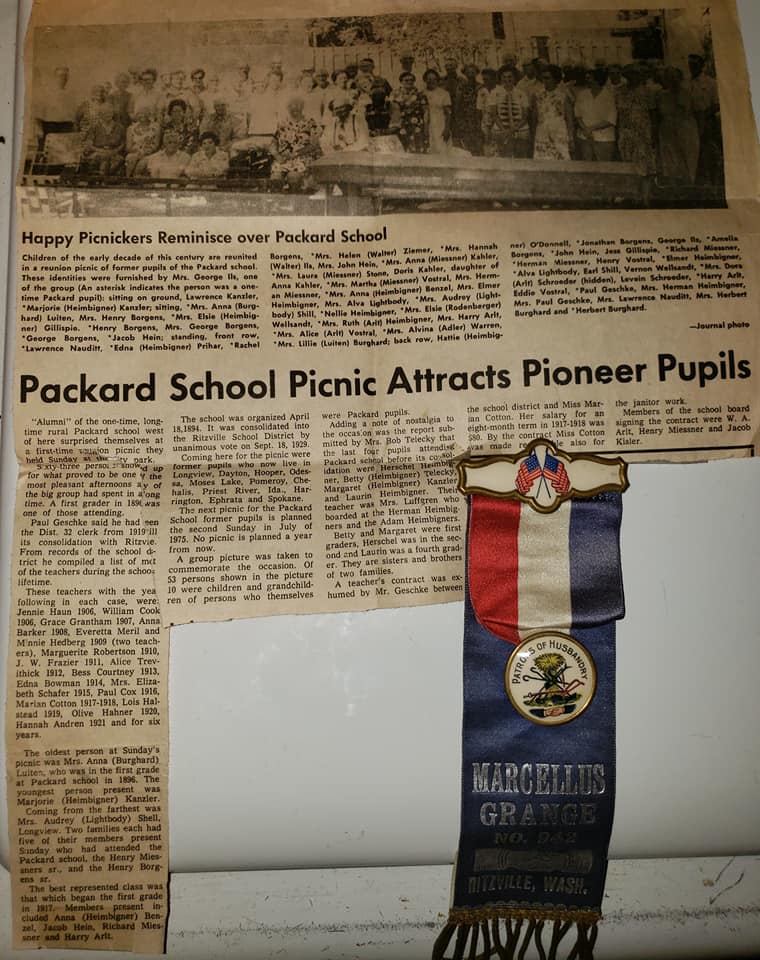 The first elevator was built in 1911. It burned in 1921. Then it was rebuilt and this wooden crib house was added in 1940. It burned in 1946. As the Packard Farmers Warehouse Company couldn't take another hit like that they sold to Odessa Union who rebuilt it and built a concrete in 1958 as well. The original office is still there although they stopped using it about 15 years ago. The original large safe is still inside!
I'm not sure there was ever a depot. Just a siding. Every time the elevator burned it got farther away from that office which is funny. The town well is due south of the office. Just has a metal lid over it on a small concrete pedestal. The combination for the safe was inscribed on a windowsill in the office but I could never find it. 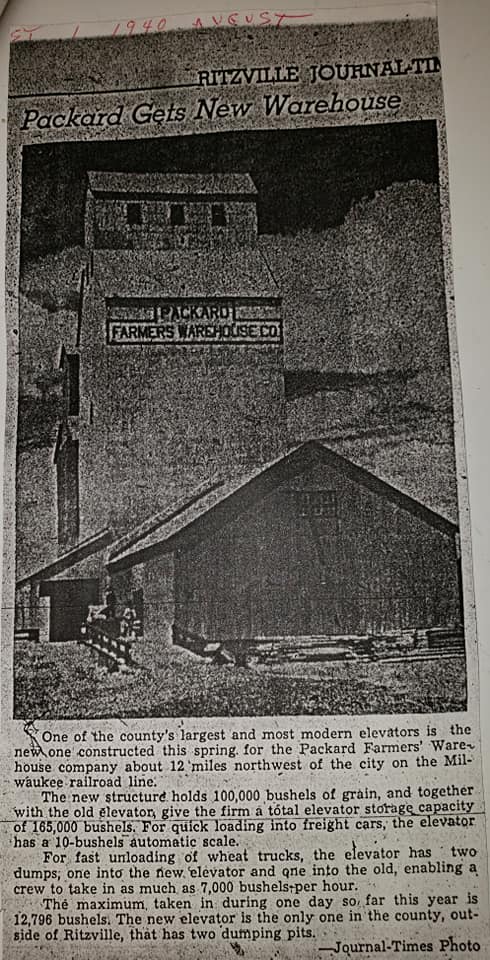 Our original homestead house...it still stands!! Built in 1885 from Lumber hauled by wagon from Ritzville. It met the minimum specifications required by the government. My grandfather is on the right and he was not tall. My great grandfather built the main house in 1901 behind it as a wedding present for my great grandmother. It was her dream house and she lived in it until 1952. 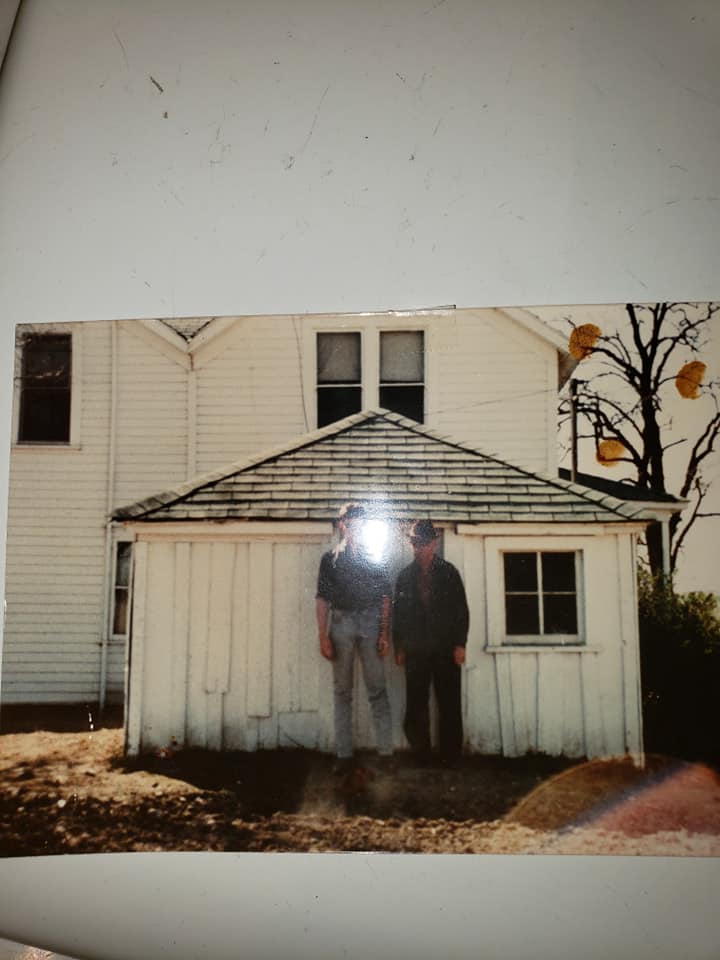 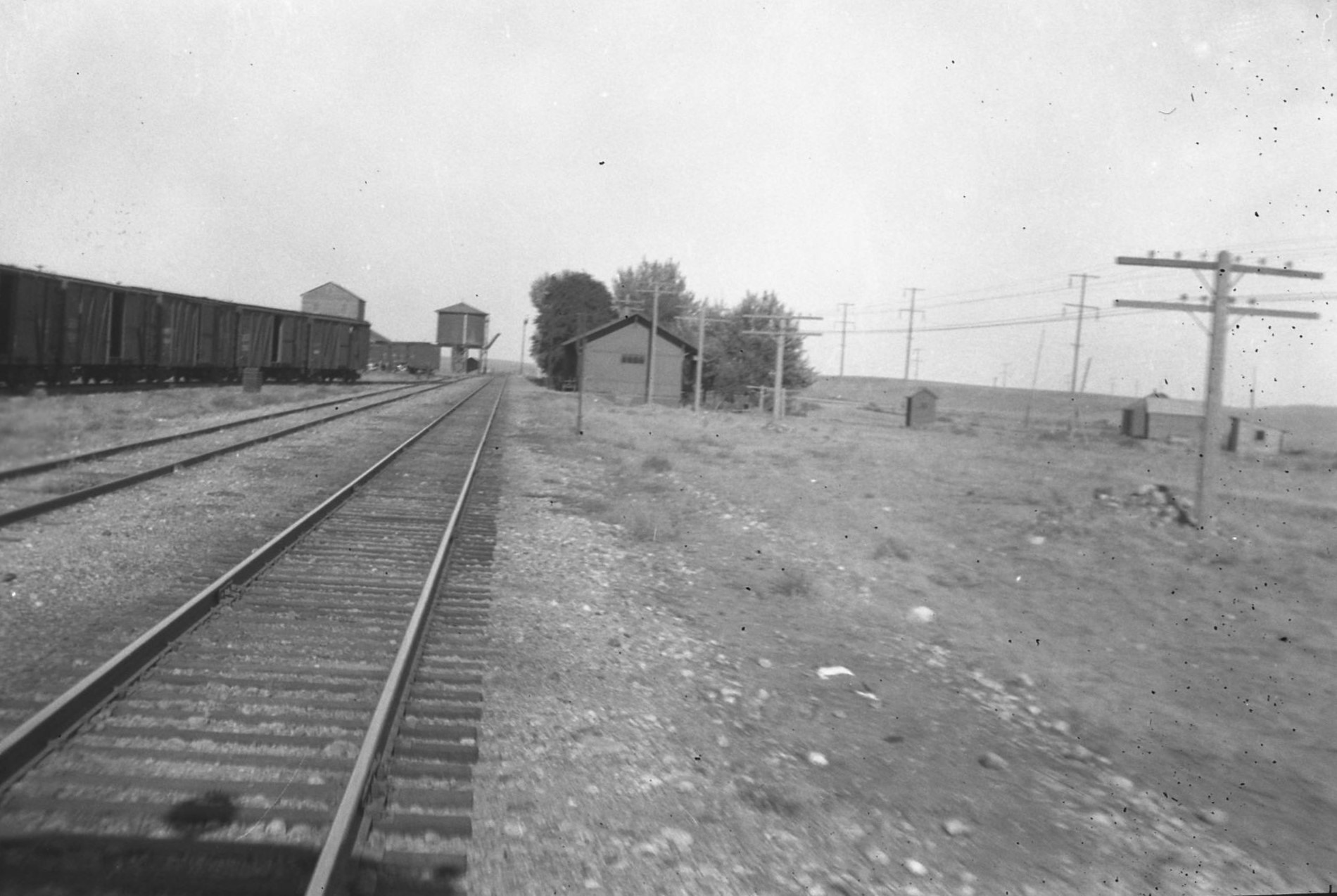 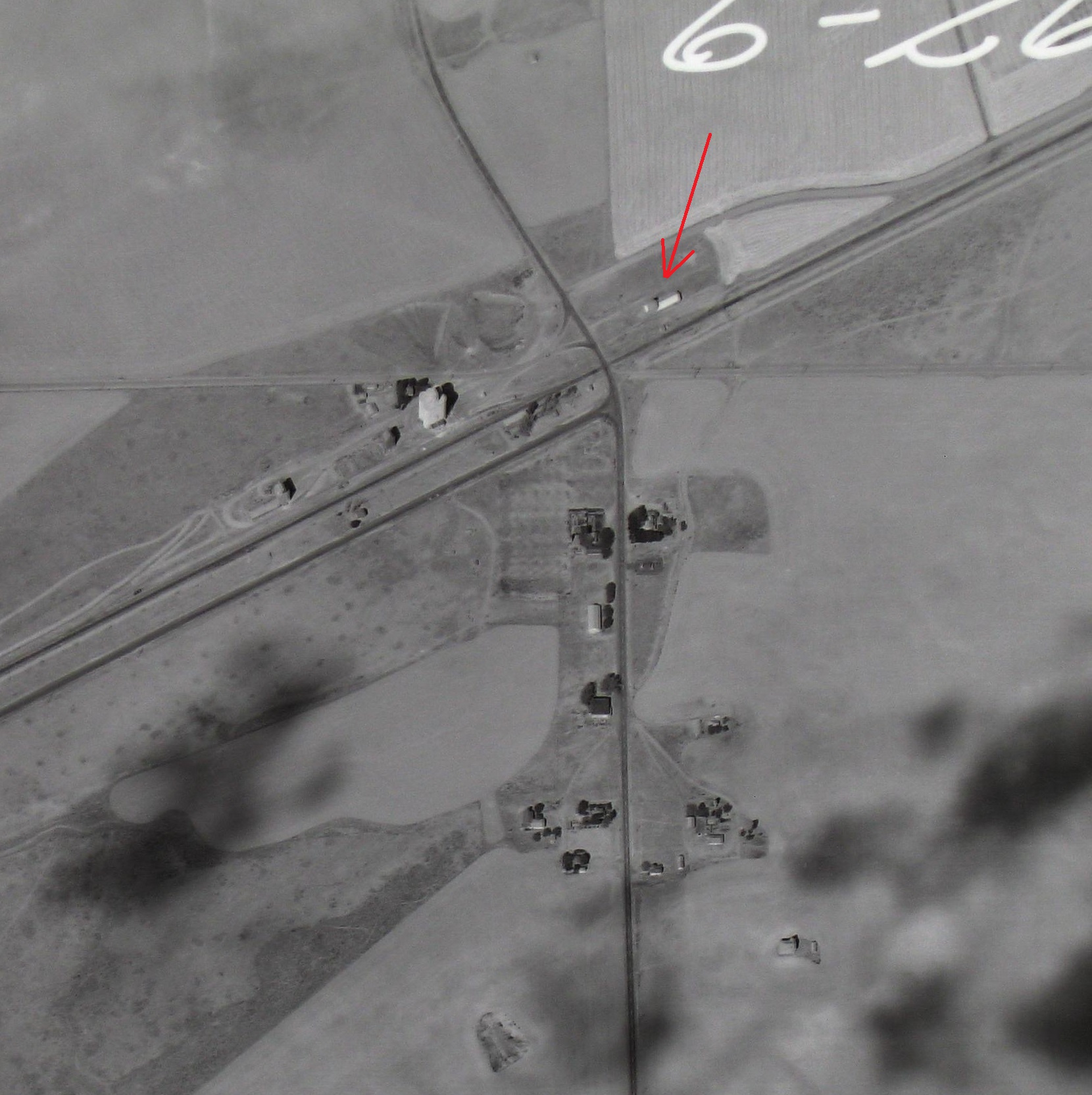