"Clanging and banging over the light, jointed rail, grain leaking from the doorways and from gapped floorboards on each gap in the rails, Burlington Northern's "Withrow Turn" begins its descent to the former Great Northern mainline at Columbia River siding (now Albus) coming out of Palisade canyon on August 1, 1983.

"The wheat is moving off the scenic Mansfield Branch in the channeled scablands of central Washington, one of the last places on the railroad where 40' boxcars are still used to haul grain to export elevators on the west coast. These post-war steel cars will move avoid the steep mainline over Stevens pass and move east to Spokane, combined with cuts of boxcars off the other remaining eastern Washington boxcar wheat line--the spur to Eleanor off the CW branch at Davenport--then back west on the former Northern Pacific and SP&S mainlines to elevators in Vancouver or Kalama, WA. Less than two years remain for boxcars hauling grain; by 1985, farmers had moved to trucking their harvest to elevators along the mainline for loading into high-capacity covered hoppers, and the boxcars--and the Mansfield Branch itself--were sent to scrap." 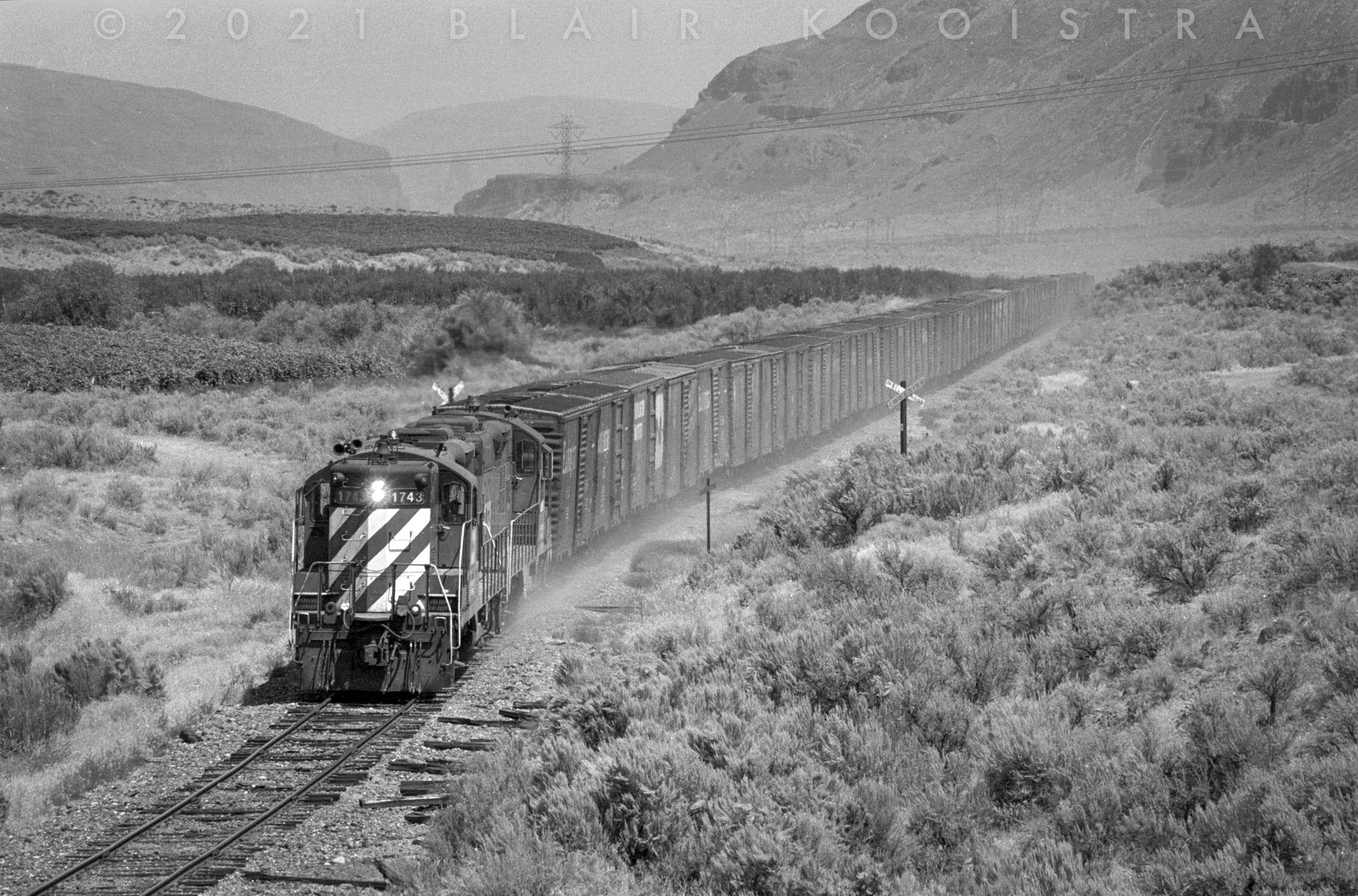