Chris says:
"During my PNW trip last week, I was able to catch Royal Slope running from Royal City to Othello. Just east of the substation at Taunton, I discovered this set of trolley poles still standing with the wire connecting them across the top still in place.

"The substation, these trolley poles, a complete block signal just east of here, and a pair of block signal posts at the west end of Othello were the only structures of consequence I saw during the chase.

"For those interested, WRL SD45 331 in trail has been sold and was left at the interchange in Othello with the three cars. SD45-2 332 will replace it at Royal City at some point. I saw it in Walla Walla the day before I made this image." 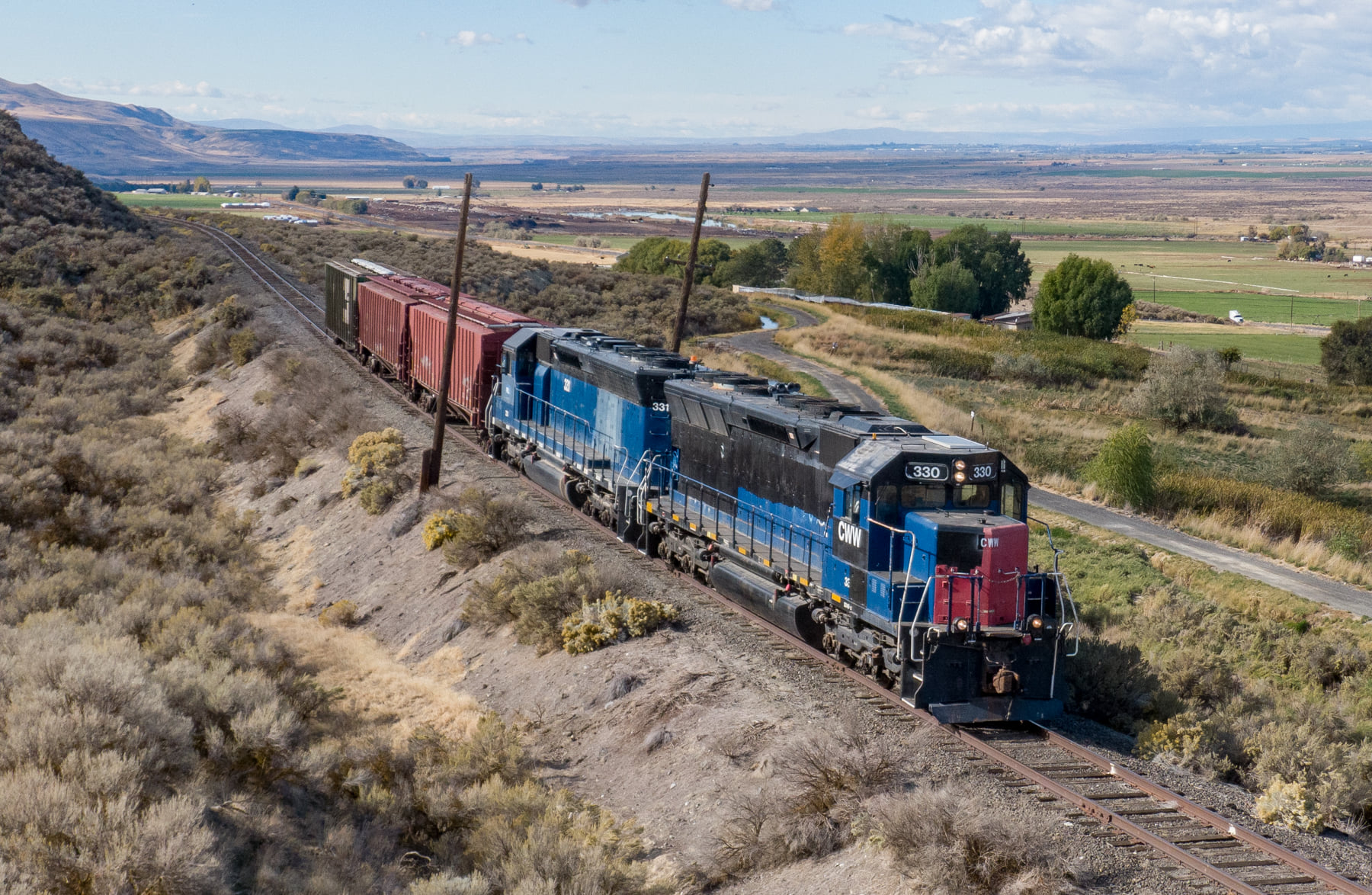