From the American-Rails.com collection.
Great Northern 1-C+C-1 #5011 (Class Y) was already retired when photographed here by Stan Kistler at Wenatchee Washington on July 5, 1957. The 3,000 horsepower unit was originally completed as a boxcab by General Electric/Alco in 1927. It was involved in a derailment during World War II while leading the "Fast Mail" and completely destroyed. GN shop forces managed to salvage the running gear and frame and rebuilt the unit using FT cab ends acquired from Electro-Motive. After retirement she was acquired by the Pennsylvania Railroad as a parts source for the other Class Y's the PRR had purchased for use in freight service between Philadelphia - Enola - Baltimore.

Dave Sprau adds:
"5011 was considered a Jinx. Besides the Foss River wreck, over its lifetime, it fatally electrocuted at least one person and injured two others. Engineers who operated it after the "rebuild" told me it should have been junked instead of rebuilt because the frame had been bent in the wreck, which is something that hardly ever can be fixed correctly, with the result - when MG sets and/or blowers back in the rear part were operating, they caused it to vibrate and shimmy. Also that it shimmied when going down the track unless it had an extremely heavy load behind it. In short they disliked it. Looks nice in pictures though.....
I probably would have forgotten that particular thing, if I was not reminded by things like these photos on FB. At the time I was told this, almost all of the engineers I was working for on the GNRy had been qualified on the motors- which only had been discontinued for 13 years. But... When they were telling me about it, was 52 years ago. At least three guys told me the same story about the vibration/shimmy. Bud Worthington, R J Smith and Forrest Witter." 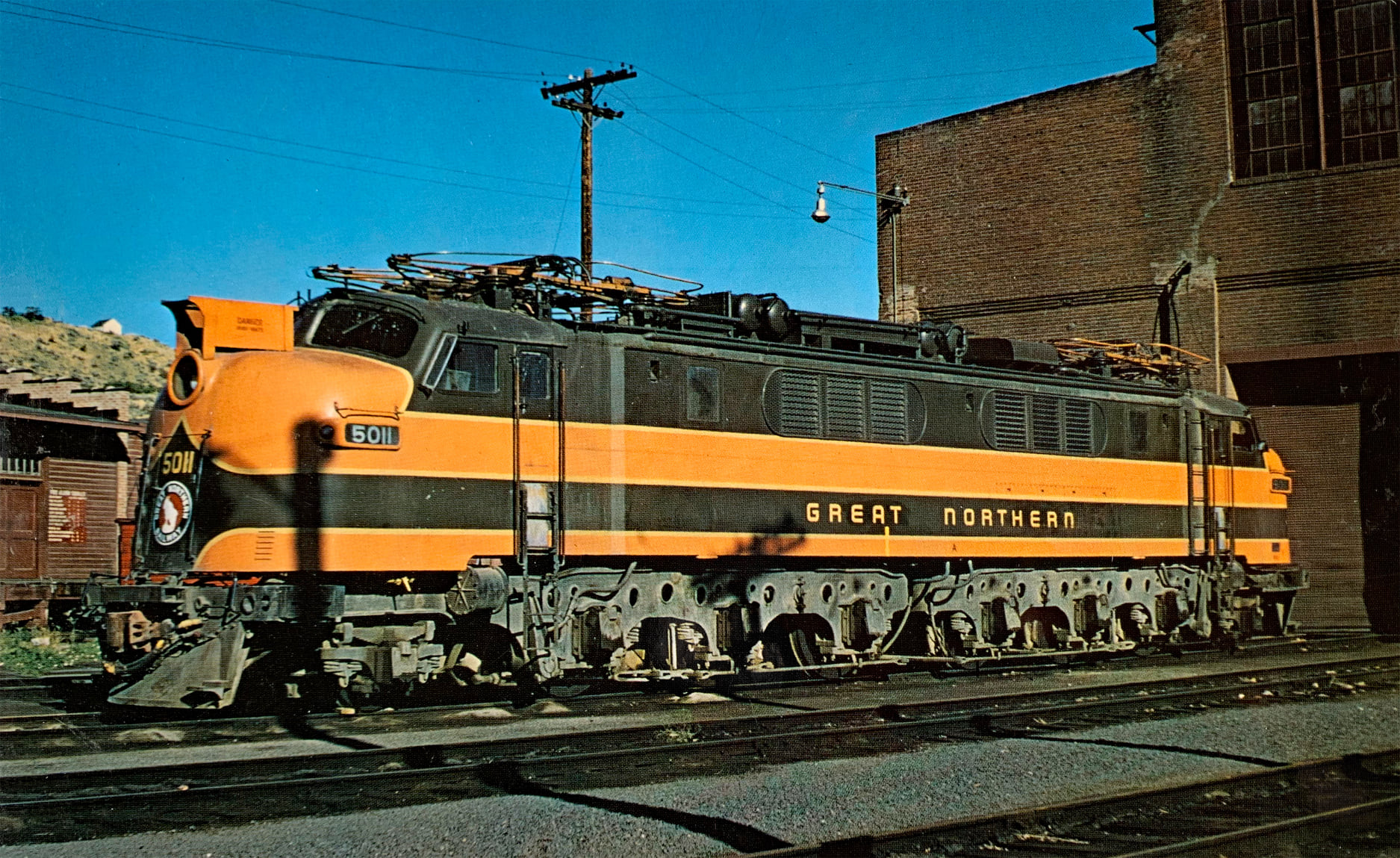