SD40-2's congregate at Othello. Two units on right are called two work the Beverly helpers. The two on the left were cut off eastbound trains and will be added to westbounds. Eastbounds will add two more units at St. Maries for the climb over the Bitterroots. 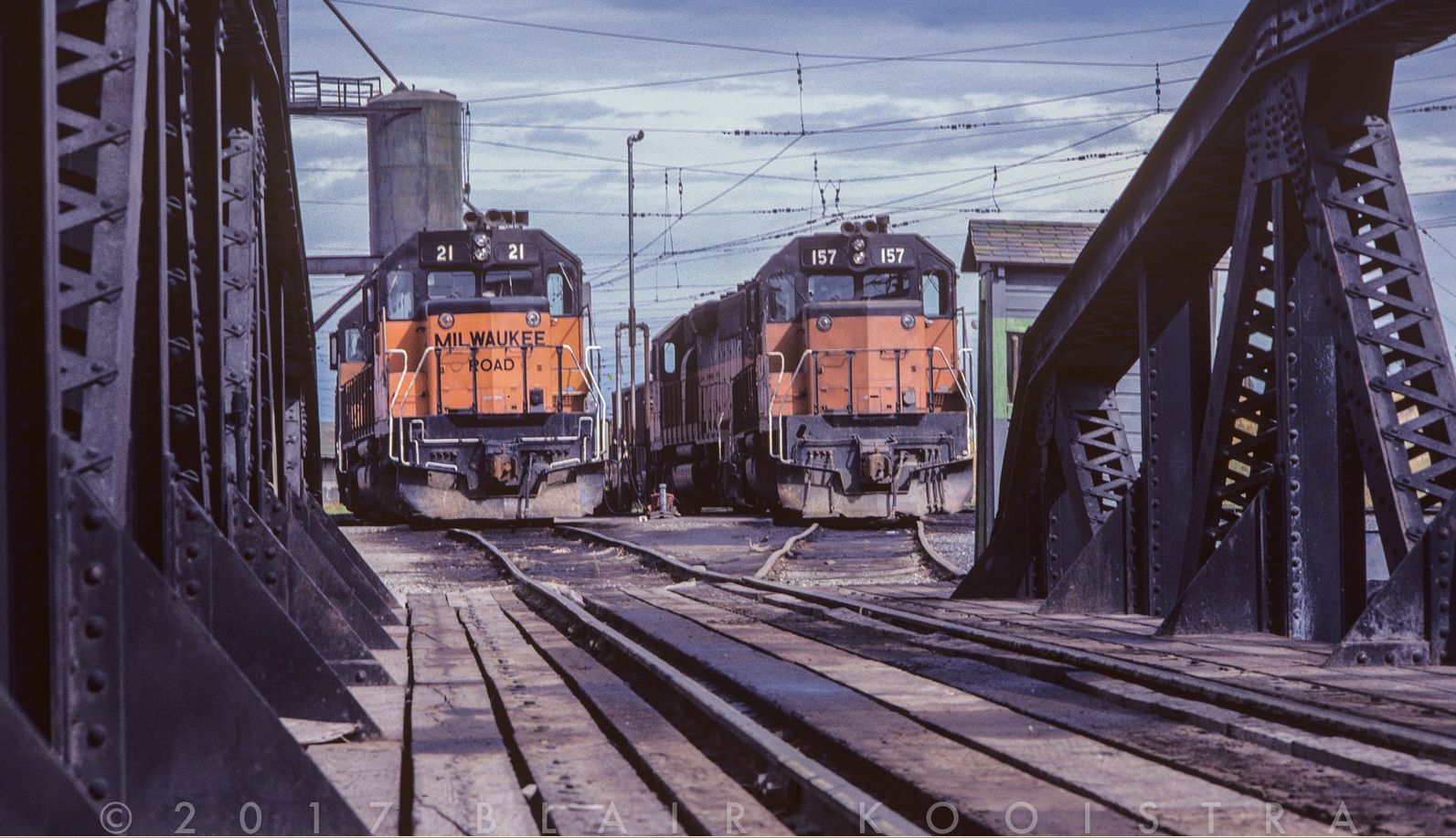