From the "Spokane Press."

Thanks to Ted Curphey for bringing this to my attention. 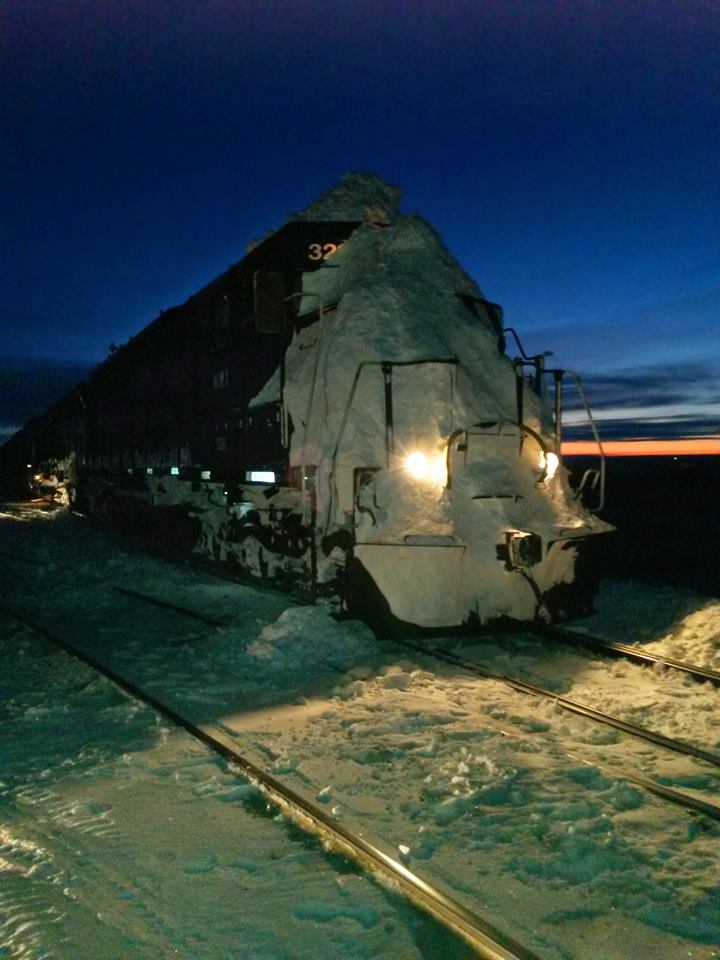 "The worst section is between Almira and Hartline where the track passes through a series of deep cuts, Particularly between MP 93 and MP 96. At some point NP forces widened the north side of these cuts to the point a second track could easily be laid in them, to allow room for the drifting snow. Even then it's not enough some years. January of 2017 I went drift bustin' on a westbound train. Easily one of the most scariest and thrilling things I've done on a locomotive."