More on the Branch To Peach

Guest post by Ted Curphey.
Starting in 1911, Great Northern Railway let a contract for grading of a new branchline running north from Bluestem through Davenport and down Hawk Creek Canyon to the Columbia River at Peach then turning north toward the mouth of the Spokane River at Fort Spokane. Just below Hawk Creek Falls a short distance from Peach a tunnel was to be bored through a sharp bend in Hawk Creek Canyon. By early 1912 the tunnel was well along when this tragedy took the life Peter Olsen, originally of Sweden.
The incident convinced the project engineers that the soil above the tunnel was too unstable and the would be tunnel was turned into a deep cut that still exists. But it would be all for naught. Starting around 1907, the US Department of the Interior started earmarking various valleys for future dam and reservoir projects. Wanting to head off costly relocations of facilities such as railroads, they informed the railroad seeking to build in those valleys of their intention to flood those same valleys. I'm still trying to determine when the Great Northern was informed of the department's intention to flood the Columbia River Valley, but it was about the time the grading was finishing up on the new branch line. GN decided to not lay track on the grade. Of course the construction of the dam wouldn't take place until the Public Works Administration of the Great Depression. But this project actually went through unlike so many of those planned projects of the USDI. Other planned projects that never came about were at the mouth of the Deschutes River in Oregon and one just east of Connell to be filled by a diverted Palouse River with the reservoir extending all the way to Kahlotus.
From the "Spokesman Review."
January 29, 1912. 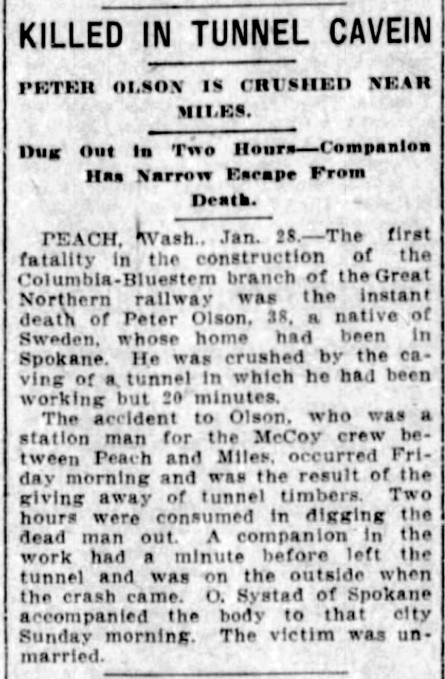 If it had completed as proposed, the branch would have crossed Hawk Creek on a tall bridge above the boat. The tunnel would have been just to the right of the bridge in this view. 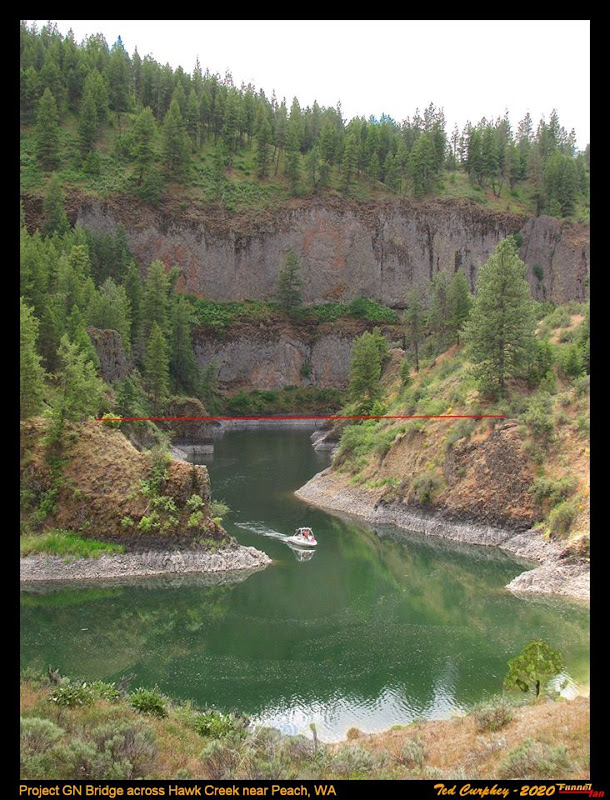 The retaining wall holding up the roadbed for the GN branch above Hawk Creek Falls can be seen in this view. 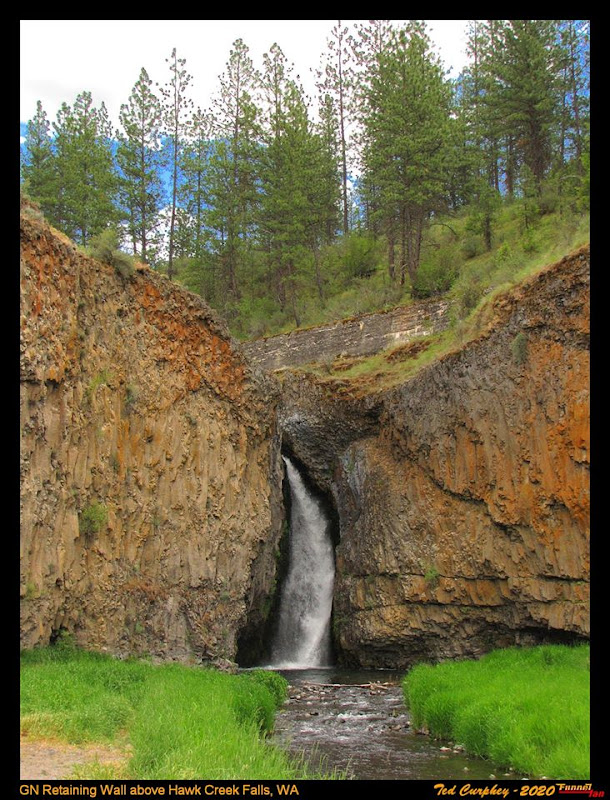 Really, if it wasn't for all the trouble they had at that one spot, GN probably would have laid track on the branch. 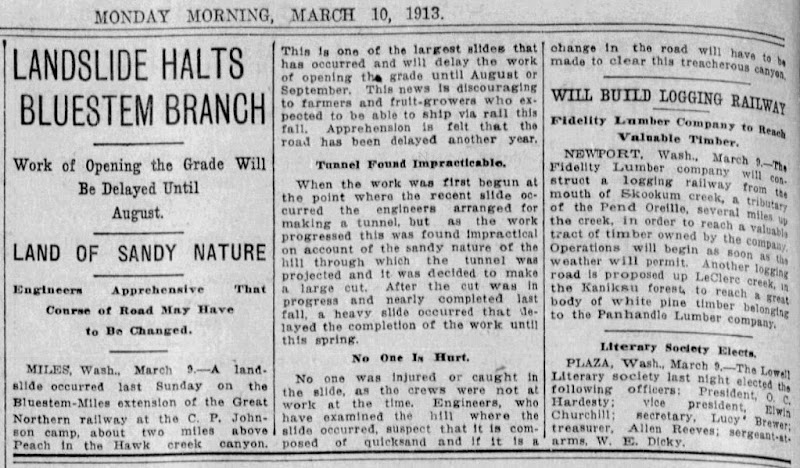 
Here is an historic image of Peach WA where you can see the mouth of Hawk Creek in the distance and possibly where the RR tunnel would have come out. The water level is now where the two "sandy face" areas are. I was there this past week right below them. I Always think about Peach and the orchards that existed. We also have an image of the farm that was located where Hawk Creek campground is now, before the creation of Lake Roosevelt. 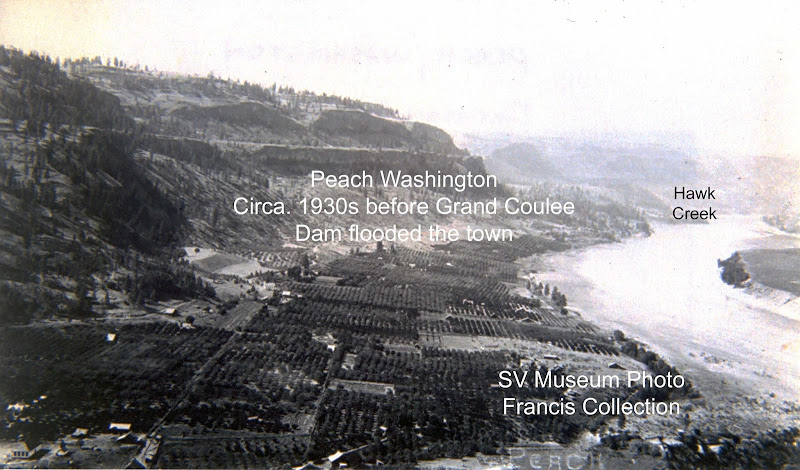