"My morning got interesting. After picking up 8 loaded hoppers at Reardan on the rear of the train, which was 65 loads and three locomotives. Following the hanging of the Fred and doing a rear end brake test, I started to move forward, and the air dumped! Turns out part of the fill over Lake Reardan collapsed under the train causing the couplers to slip apart and break the air line. This was between the 41st and 42nd car in the train. After the bosses hiked into the area and assessed the situation, we took the first 40 cars and setout one locomotive at Hite so it could hopefully retrieve the 41st car from the washout. So lucky to have had this happen at a very slow speed and not going 10mph. This photo by Luke Hoene: 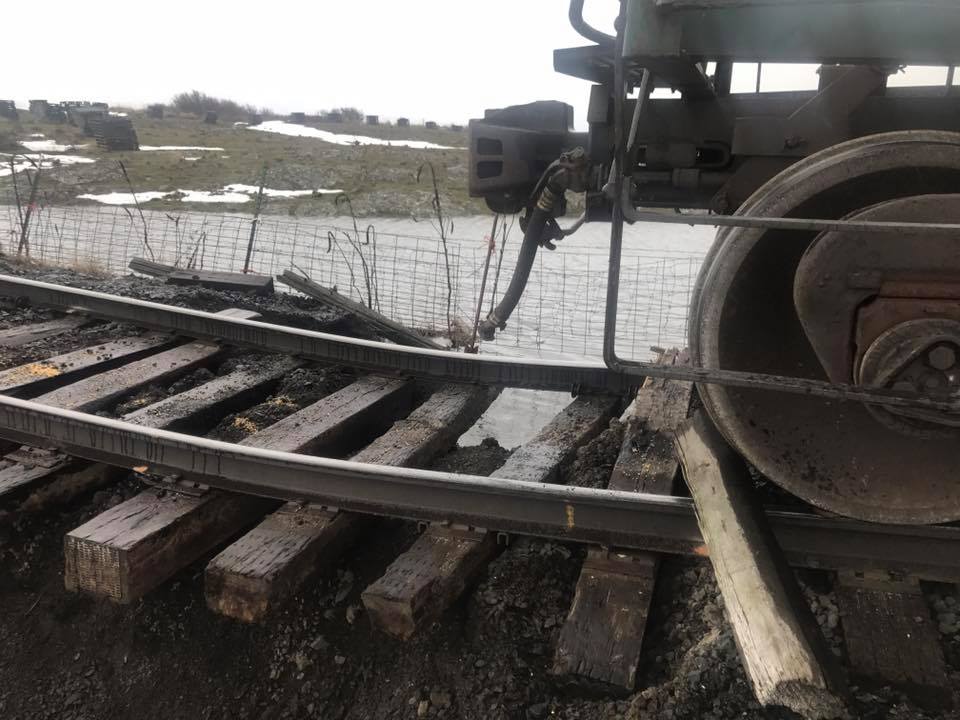