Frederick Manfred Simon has his hand on the throttle of WER 2422 as it crests the top of Deep Creek Hill with a GP30, three SD40-2's and 78 loaded grain hoppers this afternoon. While not the steepest grade against loads on the line, it is the "ruling grade" for the mere fact that by this point in the journey of the scoot train, it has been fully filled out after stops at multiple elevators to collect cars.

Fred is finishing a trip that I spent all night running. But due to a ailing locomotive, I was unable to surmount this incline. Fred brought the 2422 from Cheney so the Scoot Train could make the grade.

Frederick replied "Thanks Ted! And though the 3776 just wouldn't cooperate above notch 6 by dying, inturn having to stop on the hill to get 'er going again, I managed to get things rolling again. By then it was past Killer Curve and notch 5 was good enough to crest." 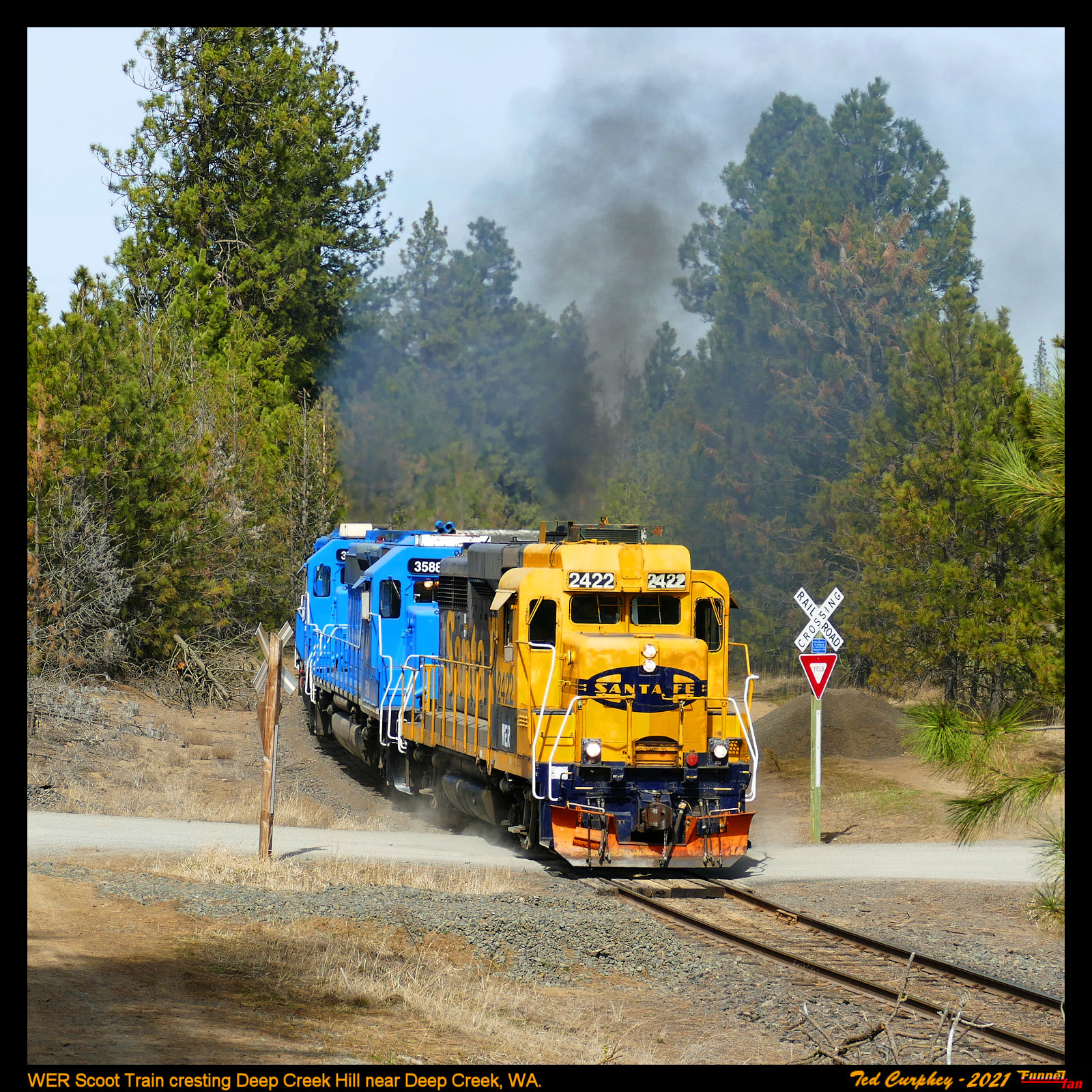 Those SD's are gone now, replaced by former Conrail C40-8s. Two of those will outpull the 3 SDs.