Photos uncovered by Dennis King, from an institution in the Chelan area.

Both views show the St. Paul on the upriver run from Wenatchee, sometime between 1910 and 1915. 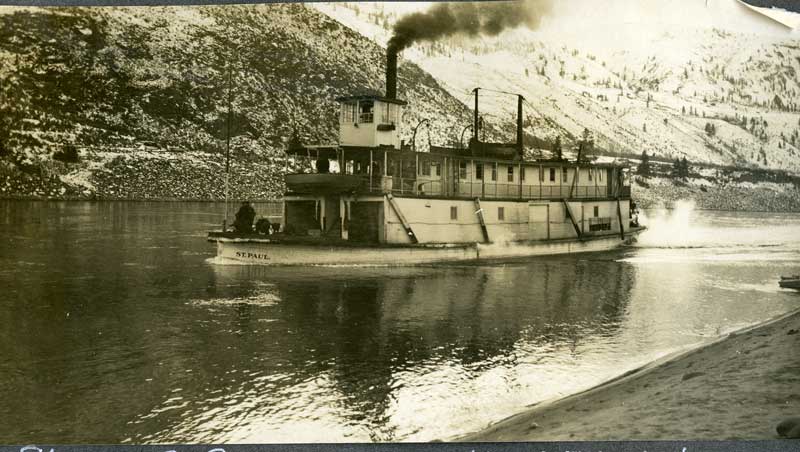 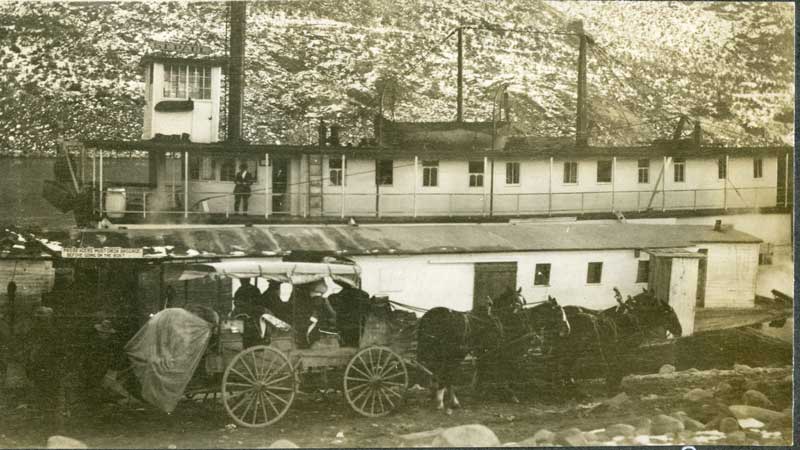 "For a short time. thanx to the "St Paul," GN business at Vulcan was sufficient to warrant a station agent being assigned to take care of it. In later years the place disappeared completely from the GN timetable."

"And that station agent at Vulcan was none other than Richard Percy Rozelle, who evidently caught the ear of a Milwaukee Road official and promptly hired on as the agent at Beverly when that office was opened, June 28, 1909. Putting him at # 5 on the seniority roster, which was undoubtedly a lot closer to the top than he was on the G.N. list." 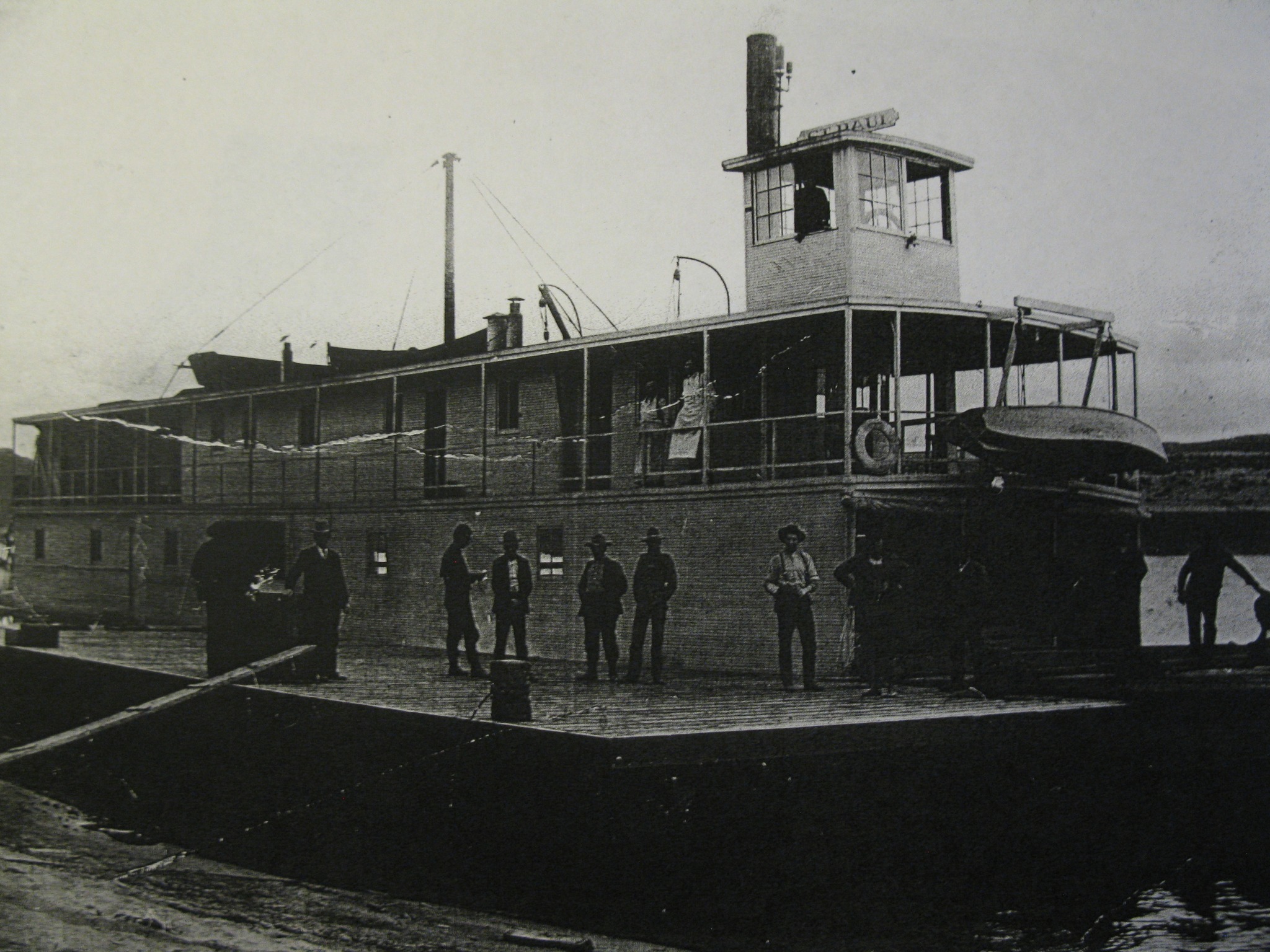