My last bit of paper dump. Switching Lists from the Mosey Local. Not sure who the conductor was that fancied himself an artist too, but this apparently was his way of laying out the work for the night.               Some of the abbreviations and terms used; Ampot was American Potato, Skone was Skone & Connors and S.S. was Sunspiced Inc. all potato shippers, either fresh or frozen. A.B. is Air Base, as in Larsen Air Force Base. Apparently there were two "Basins" Basin Produce, another potato shipper and also a Basin Propane. Don't know who Rogers was. The third one was awfully light, I darkened it up the best I could. I recognize some of the crew names written on the locomotive drawings. Pope was an engineer, mostly famous for being on the Beverly Helper. Hase was brakeman Dick Haase, formerly Cle Elum substation operator who went into train service when the electrification was shut down. 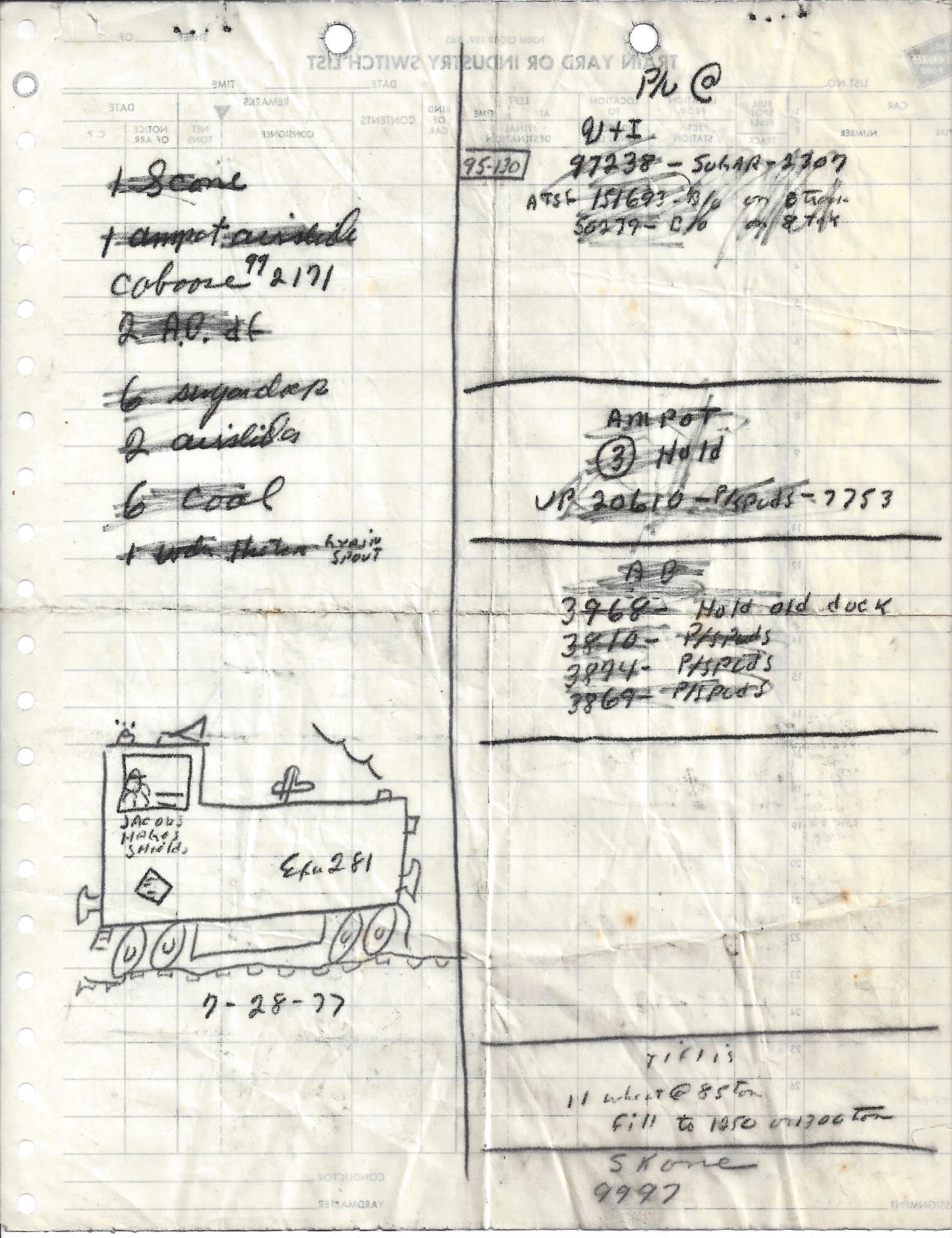 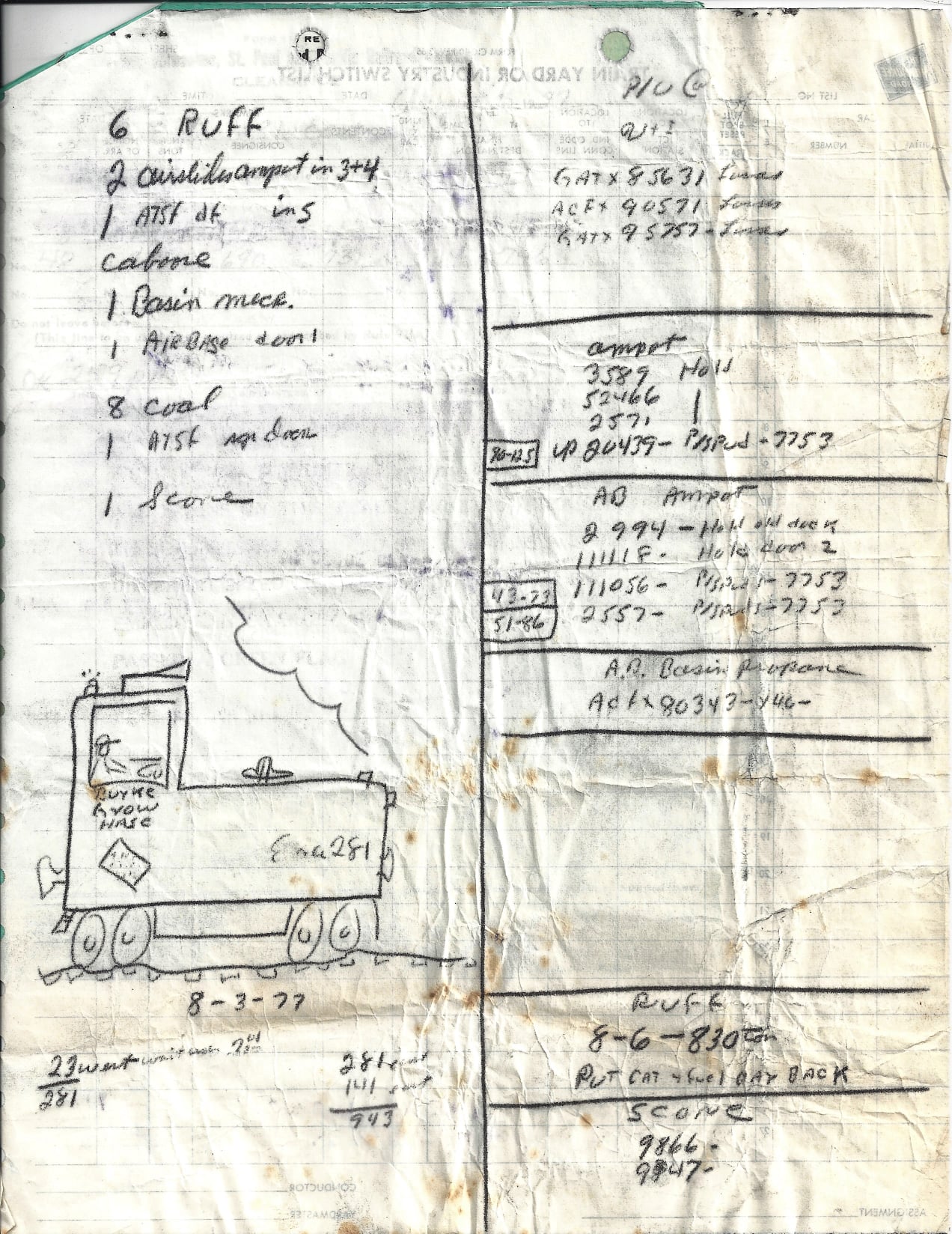 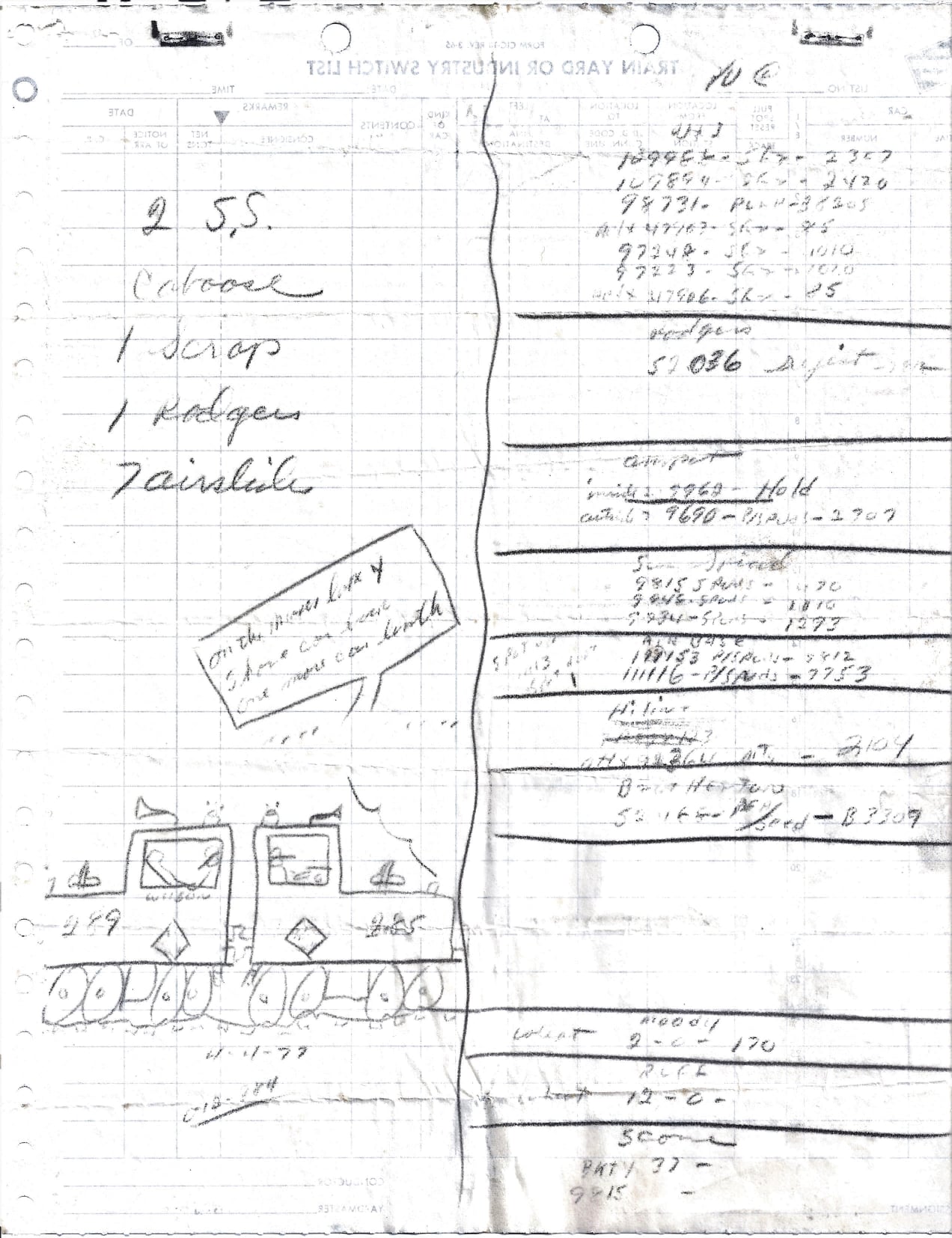 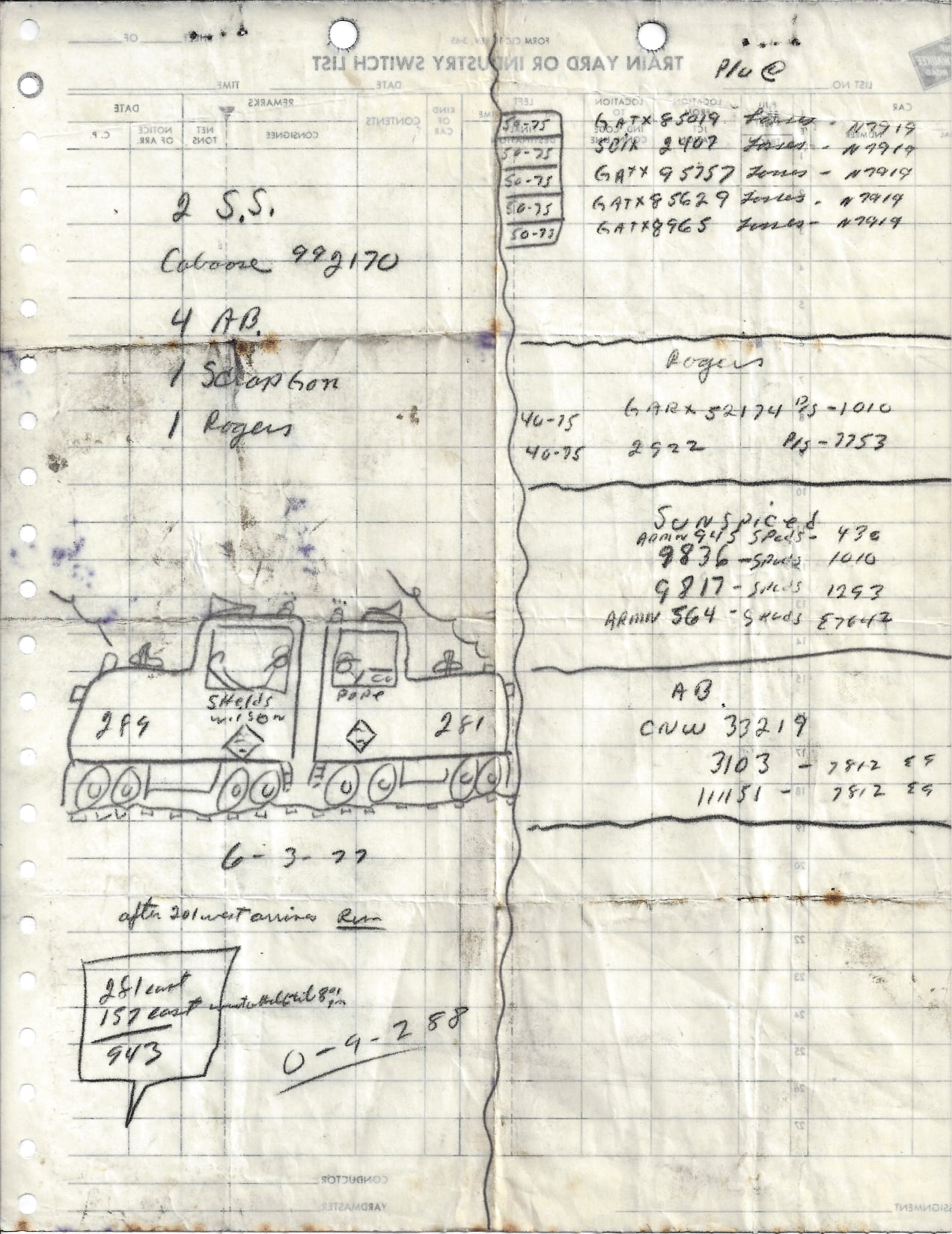