"Operating long hood first in a salute to the preference of previous owner Great Northern, BN 6603 has Train 3 pretty much on schedule after losing the lead SD45 at Quincy, WA due to a wheel failure that required it to be set out. The engineer hangs out the window of the trailing SD40-2 to see the track ahead as the train continues to Wenatchee where another SD will be added to the front. Probably the closest thing to experiencing a BN "Big Boy". 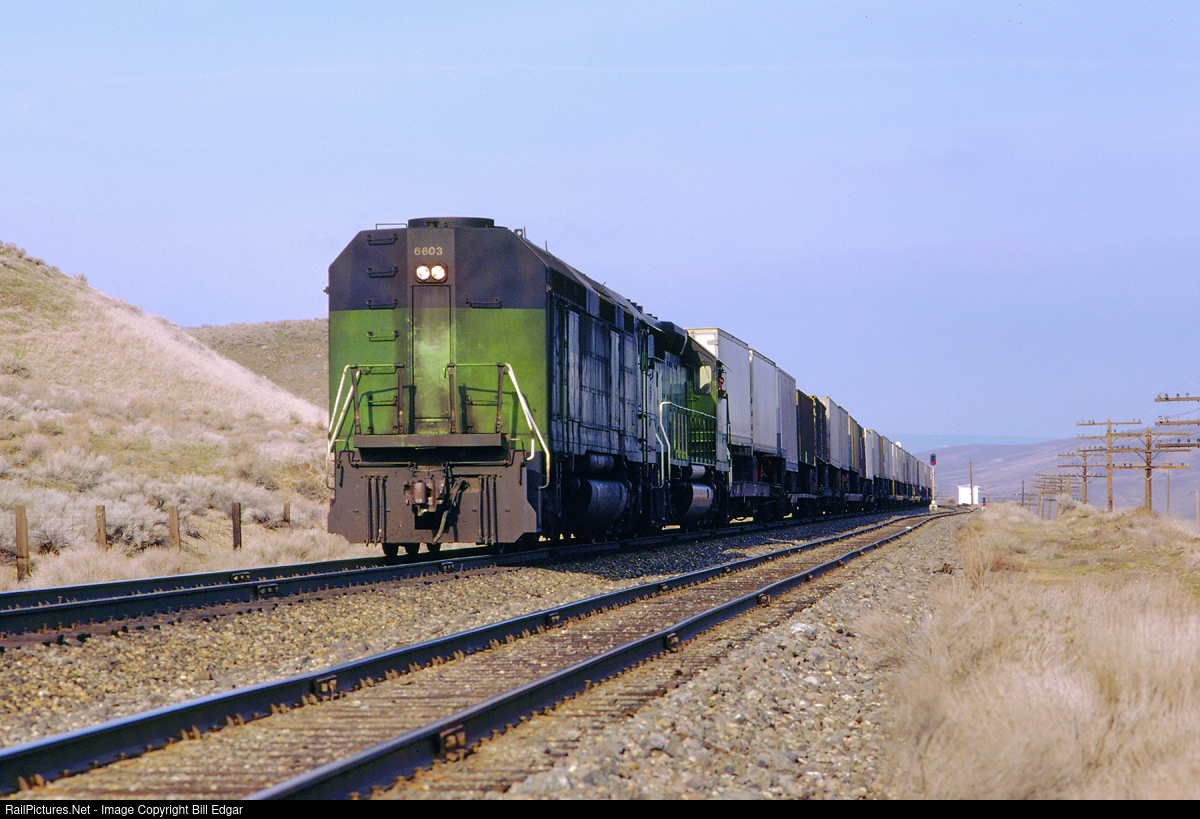