"I didn't go looking for a photograph from 42 years ago today. . . but this one caught my eye: In full cry, eastbound tonnage roars through Kittitas, Washington, on the afternoon of February 16, 1980, a pair of U36C's paired up with two GP40s on what passes for a train #200 in the last two weeks of "revenue" operation of the Pacific Extension.

"I don't remember who I was chasing this train with this day, but we began in the wet snow hiking into a bridge on Snoqualmie Pass, and followed it to Kittitas, where it held up to allow light engines of a dead freight "Kittitas Doubler" to leave town and make a fast run east over the Saddle Mountains to Beverly to retrieve the rear half of its train.

"Block signals cleared to green, then the engineer of Extra 5803 East kicked his spurs into the side of the locomotives and away they went, digging into it under a plume of exhaust right as the siding ended and the ten mile, 1.6% climb to Boylston began. We followed them past the I-90 bridge at Renslow, then zipped over to Beverly for the meet with the Dead freight, clear on the siding and now awaiting a relief crew out of Othello to take the rest of the train west. We'd hoped for another chance at a train climbing the toughest gradient on the Pacific Extension west of the Saddle Mountains, but the light died before the fresh crew had arrived.

"Ahead of the 5803 East, Kitty Doubler pulls out onto the Beverly bridge and then shoves back up the siding to clear the eastbound."

"Crew of Kitty Doubler waiting in the clear on the siding at Beverly as the 5803 comes off the Columbia River bridge. This is as far as this crew will go, as relief is on its way from Othello to take it west." 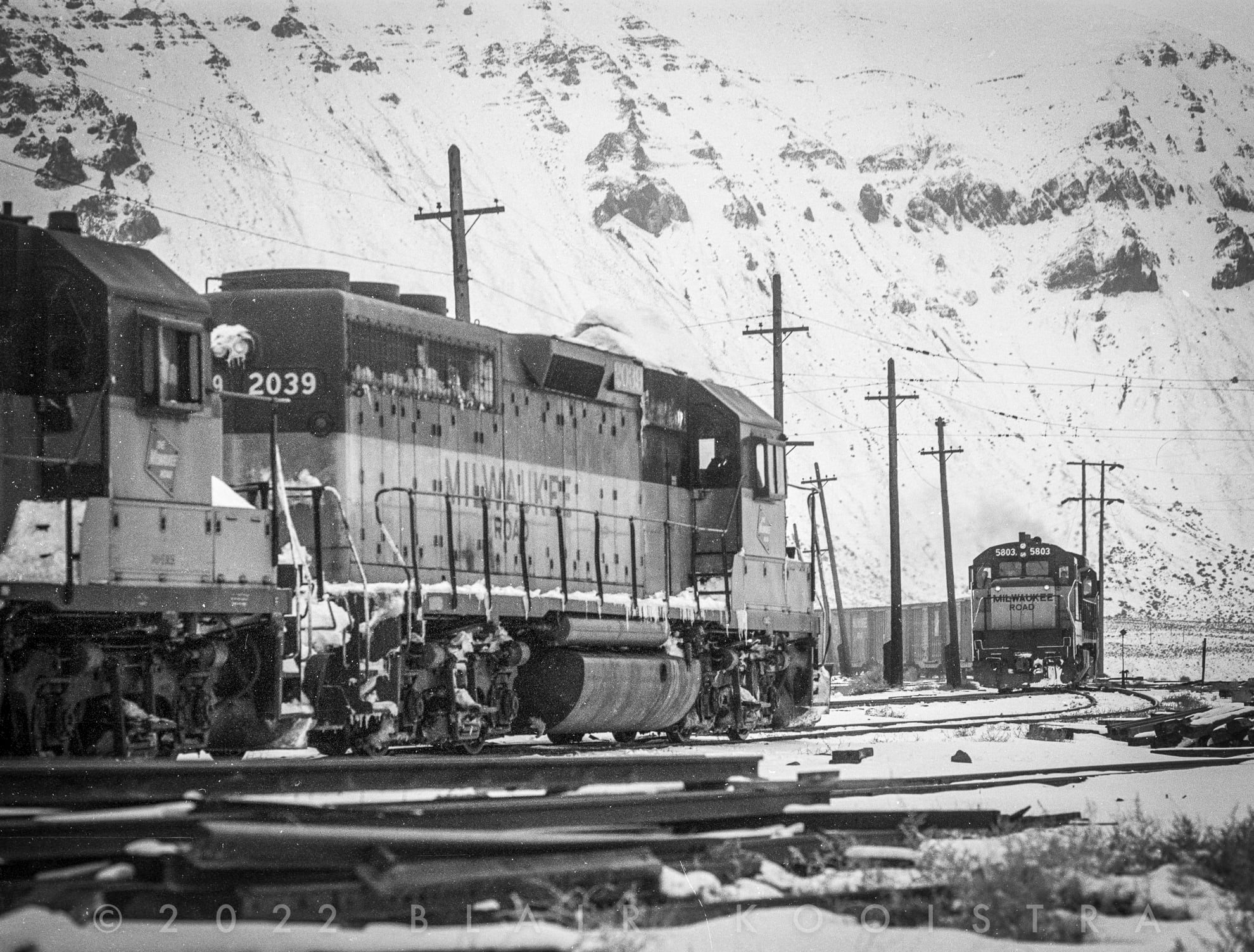