"DRAG FREIGHT: Another from the oldies files, train #129, the daily Yardley-Interbay drag, pulls down the WO Main leaving Wenatchee in July 1983, four F45's up front for power. The F45's worked the helpers out of Wenatchee and Whitefish before their retirement the next year; on weekends, they often worked #129/130 between Interbay and Wenatchee." 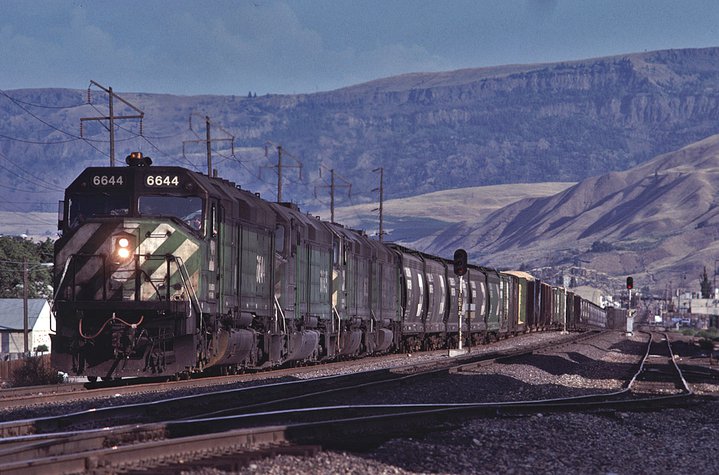