There were lively times in Coulee City during the summer of 1888. The Central Washington, backed by the Northern Pacific Company, and the Seattle, Lake Shore, & Eastern were each striving for the supremacy, sparring for position. Approaching from the east there were scarcely two equally accessible points of entry, and going out on the west side the task was still more difficult for parallel lines, and at a point about one and one-half miles west of town the problem was most discouraging for two to "pass through the gate at once."
Each company had a large crew of men at work and considerable ill feeling arose during the grading at the east side of town--each company striving all the time to hold the right of way on the best ground. At one point, just outside the yard limits the Seattle, Lake Shore, & Eastern graded squarely across the other track, raising their roadbed some six or eight feet above that of the Central Washington. It looked as if a collision was certain to come whenever the S. L. S. & E. filled up the gap over the other track with either earth or trestle work. That time of trouble was postponed owing to the forces being hurried forward to the more inaccessible spot west of the town of Coulee City. There a rocky barrier arose in the form of a ridge which the lines must pierce, while there was one low gap just beyond an opening in the rocks, scarcely wide enough for two lines to be laid parallel without one, or both, being forced to excavate a cut on one or both sides, well into a rock wall ten to fifteen feet high. There was room for one track which would require only a shallow cut. Both companies hurried forward with feverish haste, each striving to gain the gap, and pre-empt the passage, and the superintendents of the work took no greater interest in the race than did their men. White man and dago each felt a personal interest in the outcome, and each crew of workmen looked upon the other as an interloper--an antagonist to be beaten by any means, fair or foul.
The Central Washington line runs direct from town to that rock cut, while the route of the Seattle, Lake Shore & Eastern swung around from the north side and approached the cut at an acute angle, coming from the northeast. As the two grades approached closer together and nearer the objective point, the feeling grew intense; the situation became critical. Each part sought to gain possession of the whole ground, and neither dared vacate for a moment. Each worked a double shift night and day. There was only a narrow backbone of rock left between the two cuts and soon the S. L. S. & E, would strike into the other which had kept a slight lead. The work in progress was on ground inside of Senator Dan Paul's homestead and the time was just in haying season. Senator Paul was making hay in the field close by, and he and his men were witnesses of performances daily for some time which fall to the lot of few to see in a lifetime. Each crew was doing all in its power to interrupt the labors of the other, and watching for an opportunity to take possession of the whole ground. One would drill a hole, tamp in a shot of giant powder, light the fuse and shout "fire!" Of course everybody had to run, but they all scrambled back before the rocks had scarcely ceased falling, and the other fellows had their shot in ready to fire before very much work could be accomplished. That kind of work could not long continue, of course, but the climax came without culminating in a general riot, though it missed it only by a hair. Much of the excavated rock was carted back and dumped over the low wall into the lower ground--in fact the Central Washington Company completed the fill and trestle clear back over the swamps, and track was laid nearly to the cut.
When affairs had reached an extremely high tension a man named Malone, working with the S., L. S. & E. gang, backed his horse and cart against two or three of the Central Washington workmen, and pushed them over the little hill. The foreman of that side stepped up quickly, catching the horse by the bridle and remonstrated with Malone, telling him that he was taking an unfair advantage. The foreman's action was the signal for a big rush of dagos and whites from the S., L. S. & E. cut, all brandishing picks, shovels, and other improvised weapons and all chattering angrily. The Central Washington foreman was just as quickly backed up by the workmen from his side, and for awhile at looked like war. Everybody was ready for a fight, but somehow the crisis was passed without bloodshed. After consideration convinced the foreman that further operations were dangerous in the present humor of the men, so they reported conditions to headquarters at Spokane, but as the only means of communication was a messenger on horseback, they called a truce and sat down to await orders. Neither dared vacate, so the day and night shifts of the two companies sat in their respective cuts and held the fort. The haymakers down in the field could hear the men telling stories and singing songs any time of the night. Plenty of rest, three meals a day and wages drawn regularly put the men all in good humor, and animosities were all forgotten. After weeks of waiting and guard duty, the camp was vacated; all the men were called off. The companies had arrived at some kind of a compromise; work was suspended and remains so to this day. The rock cut is just as it was when those men were pushed off the grade and marks the peaceful ending of what came perilously near being a bloody riot. 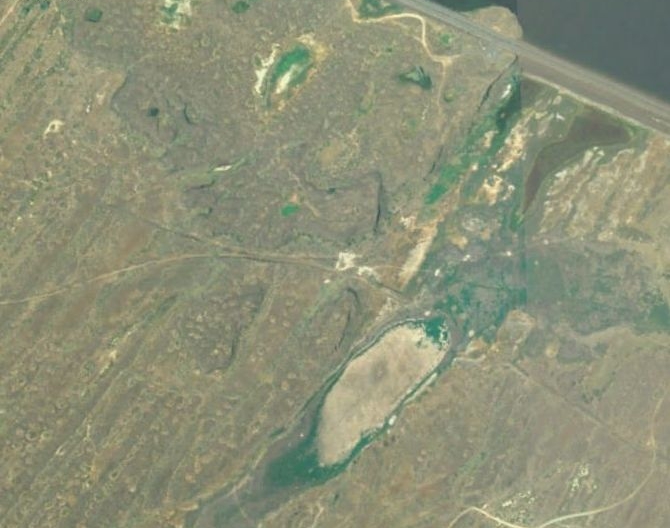 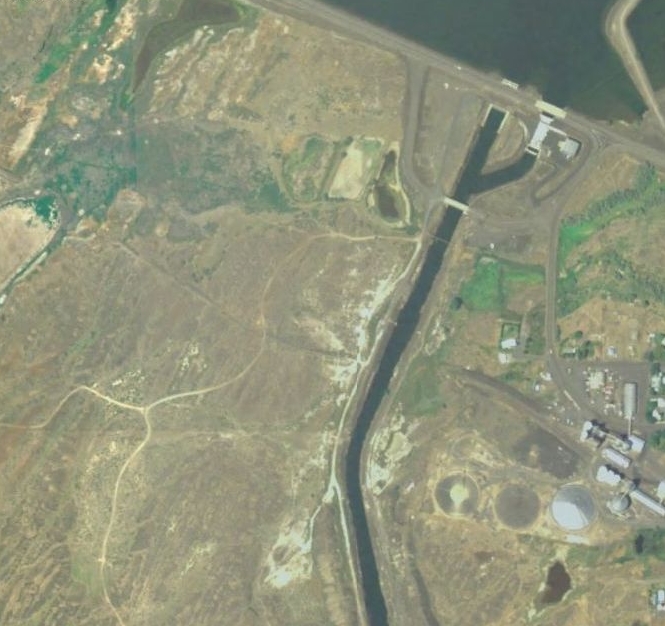 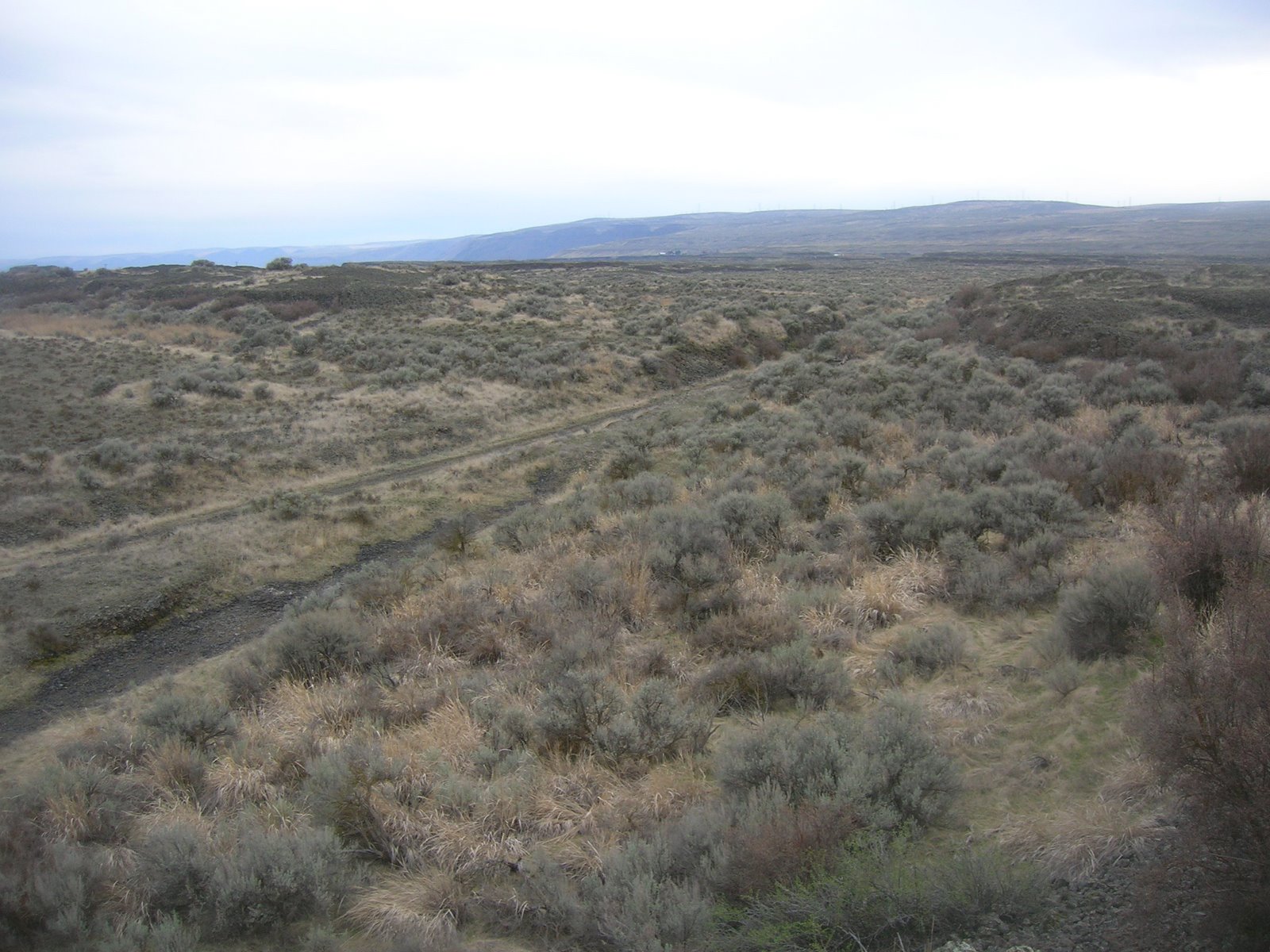 This shows both lines headed into the cut. The Central Washington is above the Lake Shore. 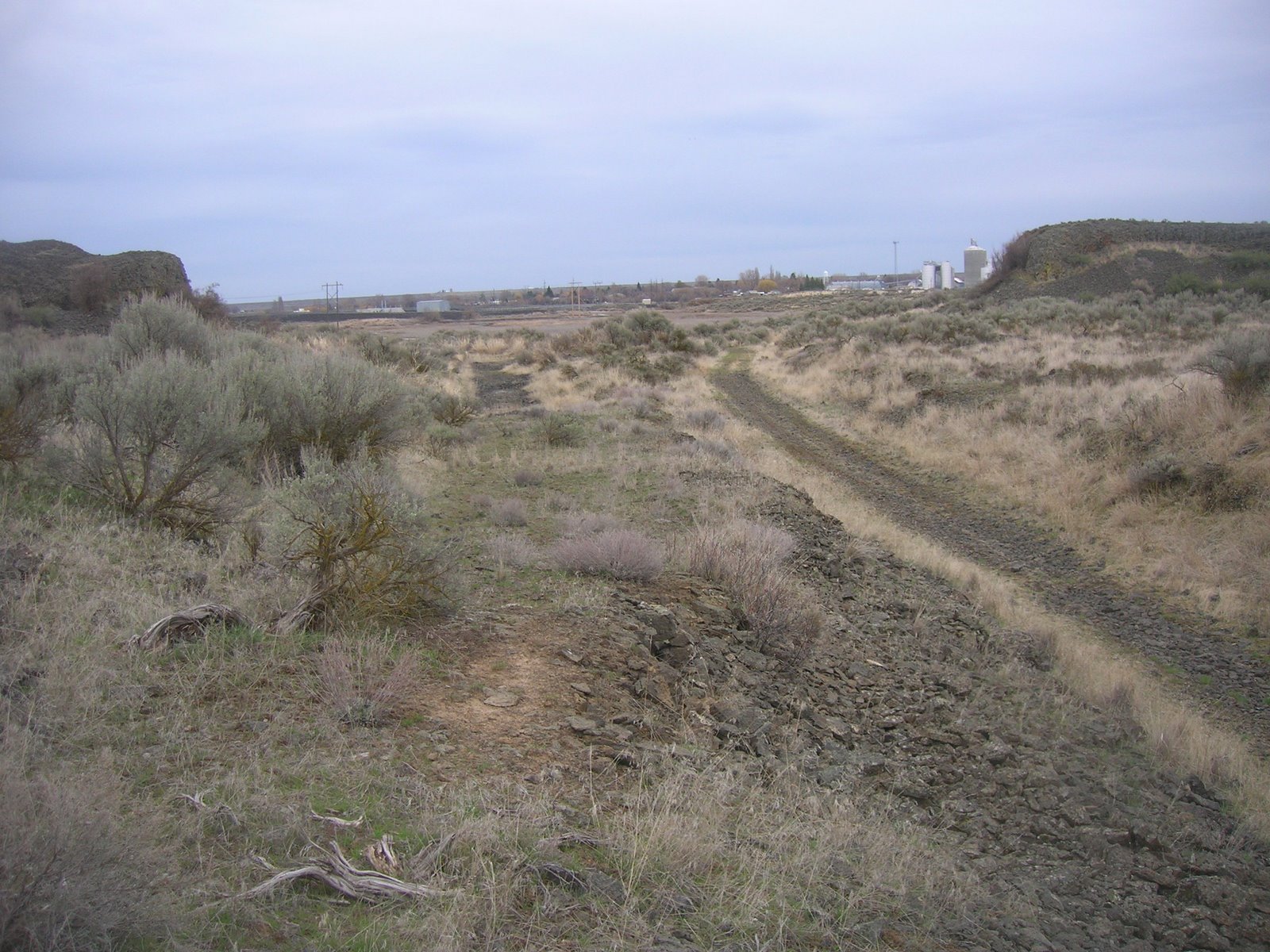 This shows the view from the cut towards Coulee City. The Central Washington is on the right, the Lake Shore on the left. 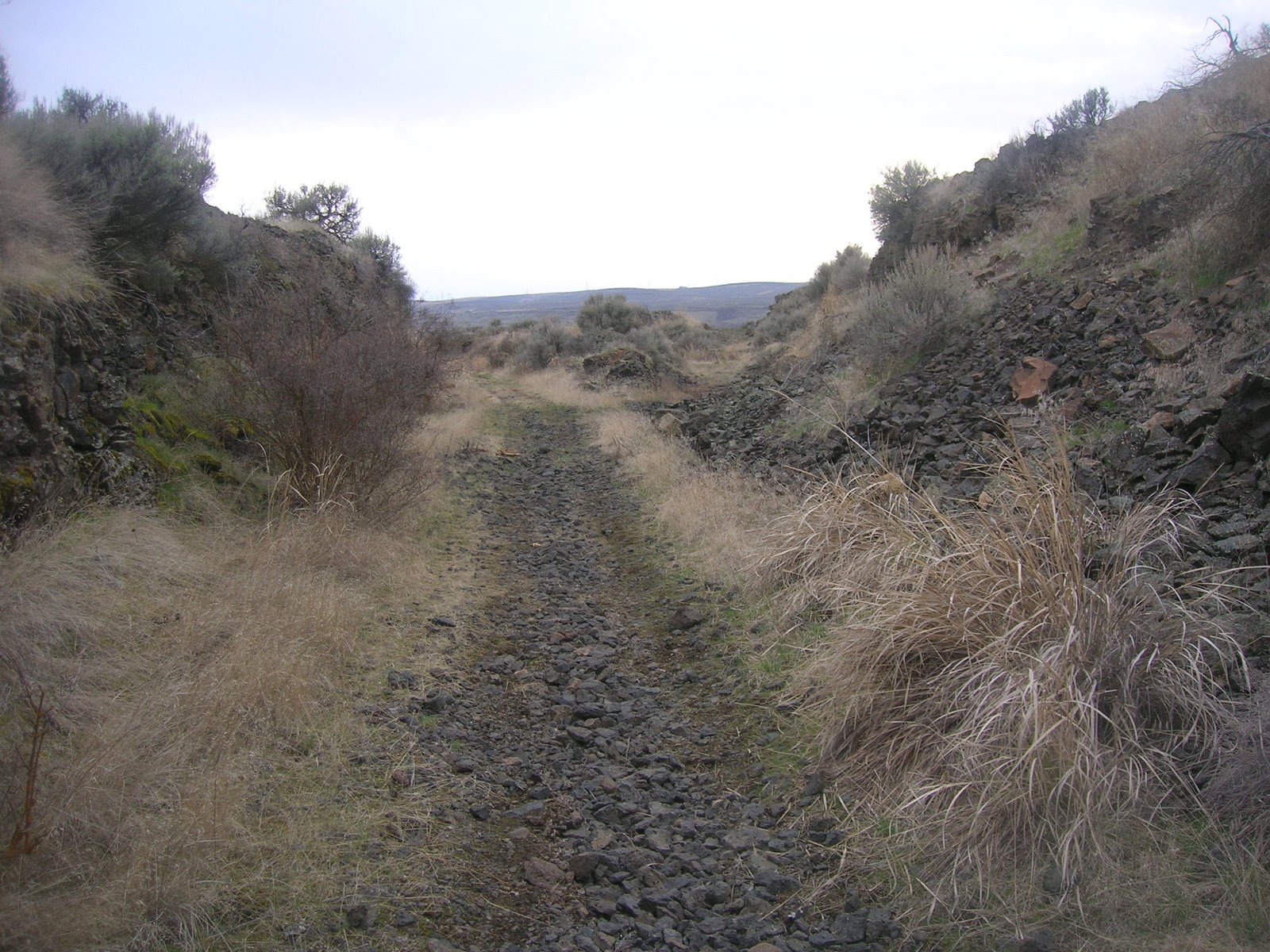 This shows the narrow cut. It could have been widened with more blasting, but was never done. The Lake Shore goes off to the right, and is very incomplete beyond the photo.


Both lines had grading done up the west side of the coulee, and their lines can still be seen today. More on them later.
Posted by SDP45 at 5:00 PM