The Last Day of Operation on the Mansfield Branch

This day was bound to come. The curves were so numerous and sharp the railroad never ran jumbo covered hoppers up there, making it one of the last places to handle grain in box cars. The line had heavy grades and it tended to flood. Several flash floods wiped out the dozen or so bridges crossing Douglas creek. It was a very expensive-to-maintain branch, as the track had to be kept up to a very high standard or cars tended to derail on the curves

It did have its good days:


The main grain shipper on the line, Central Washington Grain Growers responded by building a unit train loading facility on another branch line in Coulee City. That line would survive.


The fateful day was announced to the train crews by this notice. 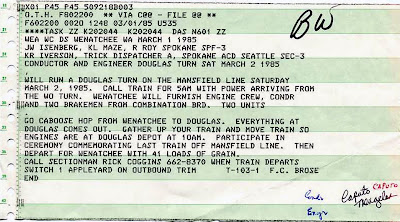 The local newspapers covered the last day as well. 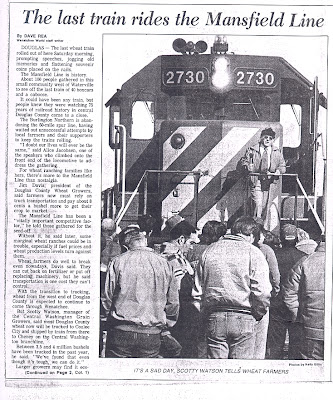 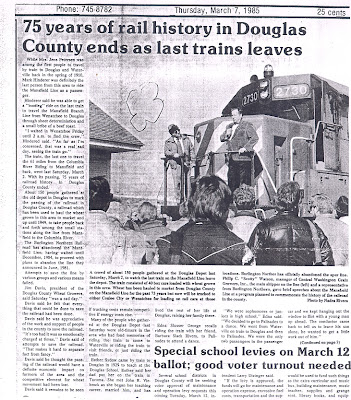 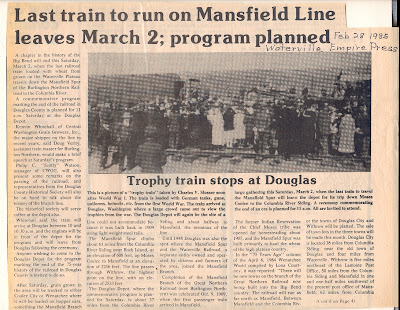